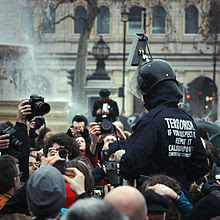 
Why did Mitt Romney become a Birther? Find out how a Mound-of-Mitt could effect the election in the logic before the U.S. Supreme Court submitted in the United States Supreme Court by Cody Robert Judy in Judy v. Obama July 14th,2012.


1-EXPARTE SUA SPONTE WAIVER OF TIME RESTRAINT BY PETITIONER, AND SCHEDULED ORDER OF PROCEEDING OF THE COURT

2-WAIVER OF TIME RESTRAINT BY PETITIONER, AND SCHEDULED ORDER OF PROCEEDING OF THE COURT

The affective position of this Motion and ORDER is actually in protection of the Democratic Party Nominee of which it is easily assumed more than half of all Americans have a stake in for election of the next President of the United States.

Assuming for instance, the Court does not hear this action, or adopt the Petitioner’s ORDER, the result could substantially affect the election process in the following scenario. Mitt Romney becomes the nominee for the Republican Party, and once he has the nomination, with affective and competitive standing, (just like Petition has right now within the Democratic Party), decides because he is down in the polls to challenge Barack Obama’s eligibility because he is not qualified as a natural born citizen, and wins affectively eliminating the entire Democratic Party chances in the election because it’s too late to reorganize prior the November 6th 2012 election.

If the Court somehow believes or is certain Mitt Romney as the Republican nominee would not do such a thing basically all of the lower Court’s decisions that represent dismissals because of Standing are moot, because a parties nominee has affective standing to challenge any other Parties Candidate for eligibility. If for instance Barack Obama won the Democratic Party nomination and went on to win the general election but Mitt Romney had filed a eligibility complaint to this Court having lost in a very close call, Mitt Romney could Constitutionally remove Barack Obama from his general election win, and that could cause a real chaos in the Nation. Hence it is a much better scenario for the Court to hear this challenge now, and procedurally adopt this Motion and grant the ORDER attached.

Check this CRJ Video out and more on YouTube Channel CODE4PRES or www.codyjudy.us CRJ TV
Politicians Like Romney think the Constitution will kill us


Stay Tuned in for further developments in this Case and please realize that Cody Robert Judy needs your assistance now more then ever. Please make a contribution and join Cody in this fight to save our Country and Constitution