Why I Took Obama to the United States Supreme Court 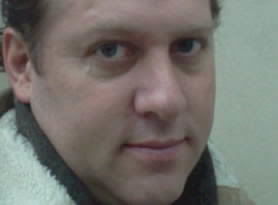 Why I took Obama to Court on his Eligibility?
UNITED STATES SUPREME COURT DOCKETED CASE NO 12-1576 - NOTICE OF

The two prong test essentially eliminates “foreign” influence in the Commander-In-Chief’s position. This has been a thorn in the side of the enemies of the United States since the signing of the Constitution.

Some would say Obama’s managed okay and he hasn’t done anything wrong. Many others would look at his record and recognize in his first term a dangerous shadow and foreboding which confronts our national security both economically and militarily if Obama is allowed to propagate the simply lie he told when he witnessed on his “Declaration of Candidacy” that he was a ‘natural born citizen’.

Through the broad and warm smile of Obama’s polished white teeth is one who makes a lie, laughs, and mocks the truth. In this he defies God, and places promises of his own safety and comforts over and above others and in this the regard for the innocent is completely lost.

Perhaps Obama himself doesn’t recognize in his own denial the venom perpetrated upon his own children in such, but his own family is a victim of it; and if he’s willing to do such to his own, how much easier is it to do to yours? It certainly appears the philosophy of Obama lies is in the paradox that if you tell the lie long enough that it will become the truth to you.

I suppose the truth in my suing Obama remains that his lie came home to personally affect me, my campaign for President in 2008 and 2012, and everyone in the United States. Obama’s lie doesn’t simply affect a small pool of people around him, but traverses the entire Untied States, and affects our history, our current state, and our future generations.

That kind of a circle is something that even most elected politicians haven’t seen the gravity in ignoring nor heeded the flashing red lights and warning signs they have felt in the pit of their stomach. They have even become callused to the evidence of law enforcement investigations such as Sheriff Joe Arpaio’s Cold Case Posse who’s spent literally thousands of hours dissecting the government docs Obama has chosen to represent himself with.

The audacity of hope and change has become the audacity of cover-up and scandal in forgery-gate that makes Water-gate look like a home-made water fall in contrast with Niagara Falls.


Many also have been lulled into a sullied passivism that the enemies of the United States are incapable, incompetent, or have long been vanquished. Many in the United States have even begin holding a grudge against the United State’s goodness in favor of progressivism they hold as a mark of their own bad lot in life compared with their neighbors. The sin of coveting thy neighbor’s property is seen as the justification of spreading the wealth by force and confiscation in giving the government more and more power over the independent lives of the individual.

When you consider that in combination with the same kind of pressure from those outside the United States who also envy and seek to climb up the economic ladder by pulling someone down, you understand that the United States formidably has many enemies. These are hidden in disguise but I assure you that when the dastardly plan to wreck the United States both economically and militarily doesn’t go according to plan, those enemies will come out of hiding and there will be no further doubt in your mind.

I have no doubt that if the whole world combines against the United States solid principles of freedom and liberty which has come to be represented in our history and mark in the world, that though we may pay a heavy price for it, the union will stand. We are not built on a lie. The bedrock of the United States is as solid of truth in the eye of divine power as God is God that led the Israelites out of the bondage of Pharos’s Egypt into the bastion of freedom and liberty.

Though we may walk in the shadow of death, and hell may rage all around us, we shall fear no evil in the hand of our God-Creator clearly represented in arms of Lady Liberty statuette torch and tablets evoking the law that has come to be called the United States Constitution and our independence of July 4th,1776.

The very first thing I took courage in was seeing “76” in the last two digits of my case number in Judy v. Obama 12-1576 and the representation to me that I was TAKING A STAND for our independence mirroring the title of my book Taking A Stand- The Conservative Independent Voice.

As soon as Obama made the decision to become part of something illegal and contrary to our law in the United States Constitution that was as personal as his simple “Declaration of Candidacy”, he made the choice of what side of the line he was standing on. Every opportunity has been given to him to resign his post as a ‘disability’ but he has remained boldly cowardice in his own knowledge that he is not a natural born citizen, representing himself.

I can speak with all of my faults and frailties weaknesses and imperfections solemnly, that at least I am qualified to be President of the United States of America. I represent myself in truth and there is no lie in my foundation, nor will it crack or crumble for it is eternal and made strong by the fires of Celestial Heavens where corruption and dilapidation have no hold on the vision of our future of real truth and light and where though hell may rage with the gnashing of teeth it hath no power but to bruise my heel.

Please permit my eternal gratitude to God and the instruments of the eternal promise proclaimated by our Founders, Framers, Sons of the Republic, and our first President George Washington, that this Union of the United States of America shall stand so help us God.


Please help me with your contributions to this Campaign that is courageously upholding our United States Constitution here.


My sincere condolences go out to those injured and the families of those whom were lost in the tragic shooting in Colorado. May God bless them in their recovery and grief.
Sincerely,
Cody Robert Judy
The Cody Robert Judy for President 2012 U.S.C. Eligibility Campaign
www.codyjudy.us
www.codyjudy.blogspot.com
YouTube: CODE4PRES
CRJ TV