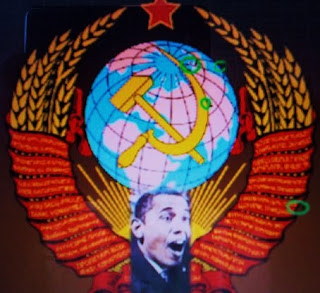 “Goldman also has become a useful symbol for Democrats in the escalating debate over the financial overhaul. In fact, Republicans charge that Democrats in the Senate and on the SEC are using the public's anger toward Goldman to build support for their plan.”
http://www.msnbc.msn.com/id/36766941/ns/business-us_business/page/2/
While the Dems are using the Goldman Sachs pretense as a posterchild, what is really at stake and behind this orchestrated kangaroo public flogging is slated as the biggest business power grab the Federal Government has ever attempted. Like Healthcare, the Obama’s Dems are amuck in fear that the coming elections mean disaster and that fear is driving them desperate to consume the bleeding victim of America as whole as they possibly can.

The bill, months in the making and said to be 1,340 pages in length, is a despotism of control which includes under the microscope the control of every main street business that may be under the control of any financial institution in America. Despotism- is a form of government by which a single entity rules with absolute and unlimited power, and may be expressed by an individual as an autocracy or through a group as an oligarchy.

With Goldman Sachs being used as a posterchild to stir up the pot of anger on MainStreet against WallStreet, the alarming scandal is the Government’s ability to do just exactly what Goldman Sachs employee did as far as selling stock that he had made. He related to his girlfriend, “that investments he had sold were "like Frankenstein turning against his own inventor. I'm trading a product which a month ago was worth $100 and today is only worth $93," wrote Fabrice Tourre, who was charged along with the bank in a civil complaint filed this month by the Securities and Exchange Commission. "That doesn't seem like a lot but when you take into account ... (the investments) are worth billions, well it adds up to a lot of money."

The biggest question remains that the creation of the monster called HR 4173 being sold by Our Government to the People and created with the pretense of helping The People, will ultimately put more of the wallets of The People into the Governments pocket: Will the American People get duped again in thinking the Government they elected has their interest at heart? We already have all the necessary regulations within our criminal code for actions in the financial industry and if “prison” is not enough to keep them straight, do you really think the Government is going to?

Why is it that when Government starts to do something they always think more is better, well in this bill the beauracracy alone will have to able to cover in scope more information than the IRS. Financial Reform has only one thing missing and it’s again the Governments lack of regulation by The People found within the Constitution in protecting our individual right to property and the pursuit of happiness.

While the U.S. prepares to push for international guidelines, and Governments supercede individual banks, a danger exist in the likelyhood for war as an assessment of controls is misdirected or seen as an attack upon a or any particular country by the other. When Government enters the picture a greater liablity is seen for the safety, and thus naturally incorporates the assumption of blame.