The Whores of Congress and the Hounds of the Birthers Clash 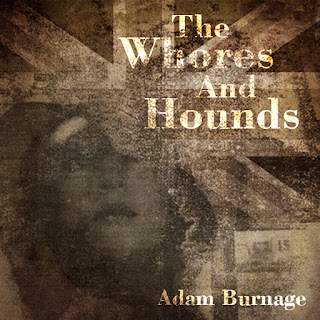 Listen to the Whores and Hounds song here


Today as I lay in bed thinking about all of the cover-ups of the Obama Administration I kept pondering a question?

These cover-ups that started with the biggest - Obama's ineligibility and the cover-up of his identity as an ineligible candidate for the office of the President which by far eclipse every single cover-up since including internationally the so called Arab Springs wars and protest that begin in 2010 and included rulers having been forced from power in Tunisia, Egypt,Libya,and Yemen;civil uprisings have erupted in Bahrain and Syria; major protests have broken out in Algeria,Iraq,Jordan,Kuwait,Morocco,and Sudan;and minor protests have occurred in Mauritania,Oman, Saudi Arabia, Djibouti,and Western Sahara many of which were financed by the Muslim Brotherhood directly or indirectly financed by the Obama Administration contrary to a neutral religious principle most Americans respect as freedom of religion in our 1st Amendment.

That was featured in a commercial of mine that abrogated how in the world can you finance one religion without all of the other religions protesting that in America?
http://www.youtube.com/watch?v=s30P-Gi12ns


Domestically we have just to name the most popular and reported Fast & Furious Gun running to Mexico drug cartels, Benghazi and the cover up of arms to Syria rebels, the A.P. Wire tapping,the IRS political profiling, the NSA intrusion of over 50 American companies to spy on Americans highly rigged for political gain over and above Americans plotting to fire on one another in my humble opinion.

The question I kept pondering was "why if I am so damn "infamous" am I the only politician in Utah or the Nation who has taken the principles of the Constitution's demand for a natural born citizen in the office of the President to McCain and Obama? Do you understand that? No other politician in the United States has fired McCain and Obama on the eligibility demand and McCain damn well wasn't born in any military hospital in panama and he's had two un-natural acts of Congress to confirm first his Citizenship and then his "Natural Born Citizenship".

Folks any time Congress takes action on your nationality its UN-NATURAL and qualifies as "naturalization" which defy s the natural born citizen criteria of born in the U.S. to citizen parents according to laws of nature. Congress has to this date upheld the statute after many hearings and research on this matter over many years as recently as 2000. This isn't seventeenth or eighteenth century stuff that holds no relevance in the 21st century.

The whole purpose was to put two generations between the Office of the President and a foreign power or nation because of the influence of two pure generations in America having a long lasting effect. That is a national security fire wall that has been breached and your Congress is sitting back with their thumbs up their asses acting as if they have no concern whats so ever for your Constitution and national security safety. You know the Biblical reference of "Whores" really describes the actions of Congress that they need to immediate address to regain some integrity. I could use quite a few adjectives to embellish the term "Whores" but I won't at this time.

Why is it someone supposedly so crooked and looked upon as a convict taking the stand for the Constitution for YOUR rights, which you see the Government violating with wire taps and hook ups with about 50 social networking companies basically treating you like criminals?

Why would it be me fighting for these rights and not your elected officials who are famous rather the infamous? Why am I doing it IF I'm the bad guy?

Why isn't Mitt Romney doing it? He should be doing it according to everyone. So why am I doing it? And I don't mean that in a self aggrandizing way I mean that as a why- or-how-does-that-make-any-sense-to-you-at-all kind of a way?


If by the fruits of politicians you will know of what sort of tree they are from good or bad, what are my fruits as a politician and what are the fruits of the entire U.S. House of Representatives and U.S. Senate and former candidates of the Republican Party in 2008 and 2012 when it comes to Obama's ineligibility?

Why hasn't the entire Congress ushered in a special prosecutor to dissect the Cold Case Posse's investigation sanctioned by Sheriff Joe Arpaio in AZ. with over 2500 hours of competent and legal professionals trained to do that stuff ultimately confirming Obama's long form birth certificate and his Selective Service Record altered? Why has his social security number issued from Conn. been over-looked as problematic in an identity fabrication for one whose long form birth certificate was altered in the same pattern as those nefariously doing the same thing?

Make no bones about it, Sheriff Joe said Obama's fraud is the greatest national security risk our Nation has ever faced and the Cover-ups are really the proof for Congress that what he has said is true, and the interesting thing is that's exactly what I've been saying for even longer.

Sheriff Joe's investigation was released in March 1st of 2012, but my law suit was filed first with McCain & Obama in 2008, and subsequently with Obama in 2012. I packed Sheriff Joe's findings into my Georgia lower State Court March 2nd, 2012 the first in the Nation to do so and it was finished in the United States Court Jan. of 2013.

Now Congress's usual bid for NOT addressing something that's in Court is well it has to work its way through the Courts. WEll, it has! Now what?

You know by the report of Mitt Romney's Summit in Park City its just not Republicans freaking out it Democrats too. Isn't it ironic that Mitt Romney's greatest concern came when the IRS bomb was dropped. Yea, screw the Constitution but don't mess the bank account? Is that how it goes?

I mean you start messing with rich people's money all breaks lose but take the freedoms away guaranteed by the Constitution such as rights of evidence, habeus corpus, or heck lets just take the first big four parts of the 1st Amendment Congress shall make no law respecting the free exercise of religion,( I assume funding the Muslim Brotherhood is as close to that as Americans care to digest), abridging the freedom of speech ( especially in religious meetings I gather) or the press ( wire tapping the A.P. no no no no no...no!)

We all appreciate the 2nd Amendment and the right to bear arms, but I mean why do you have to prohibit felons from caring weapons if your going to arm Al-Qaeda and the drug lords of Mexico Congress? Who the hell appropriates money? CONGRESS DOES!

Congress get off your thumbs and get to opening up a Judicial Committee investigation on Obama's eligibility. Let's start at the beginning to regain the integrity of our Government and quit being such Whores. People wonder why I interjected scenery from my bedroom into the video introduction of my YouTube Station and I have two reasons primarily:

1)The U.S. Government is spying on you so get used to not having any secrets in bed.

2)They can hear and watch you and your spouse or bed partner having sex with your iphone on your night stand so the Government is in your bed, you might as well know what I look like in mine if I'm asking for your vote at the very least as to witness some integrity back into the Government.