DON'T TREAD ON ME - The Battle with Bullies Foreign & Domestic 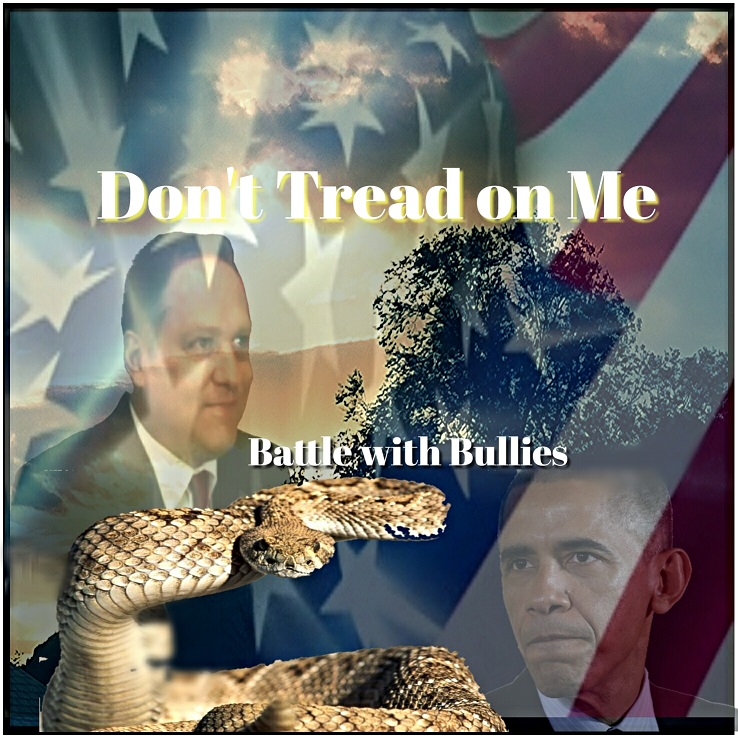 -DON'T TREAD ON ME -
The Battle with Bullies Foreign & Domestic

Pushing against a Standard without the intent to change the Standard Legally, when that process is defined in the U.S. Constitution is essentially the definition of Bullying the Standard. This describes the process that has been used to subvert the qualification of the Office of the President in the [natural born Citizen] requirement as a Standard unique to the Office and different than U.S. Representatives and U.S. Senators, that is Citizen, now before the U.S. Tenth Circuit Court in Case Judy v. Obama 17-4055 and the U.S. Supreme Court in a hidden Application to Individual Justice Gorsuch.

Cody Robert Judy is no stranger to Taking A Stand for the U.S. Constitution. He has fought battle after battle for America's Choice in seating a President who was indeed without a doubt American defined by an allegiance of both soil in the United States and by both parental inheritance of mother and father equally recognizing those immigrants coming from foreign countries indeed need TIME to acclimate to a Standard of Law that is foreign to them from their Country of origin. But that is not the only battle Cody has had to fight with Bullies foreign and domestic as we will detail further. 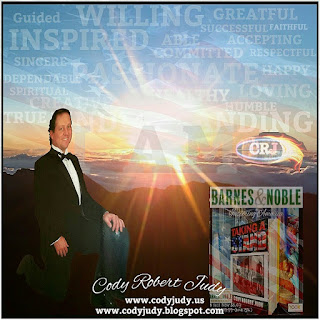 Bullies insert themselves in high and low places in virtually every fabric and nit of society. Let's review a definition of Bully to remind ourselves the difference in Taking A Stand against a Bully whose harassing a Standard and one who is standing up for the Standard because they can often be confused and misidentified.

Bully - a person who uses strength or power to harm or intimidate those who are weaker.


Bullying is the use of force, threat, or coercion to abuse, intimidate, or aggressively dominate others. The behavior is often repeated and habitual. One essential prerequisite is the perception, by the bully or by others, of an imbalance of social or physical power, which distinguishes bullying from conflict. Behaviors used to assert such domination can include verbal harassment or threat, physical assault or coercion, and such acts may be directed repeatedly towards particular targets. Rationalizations of such behavior sometimes include differences of social class, race, religion, gender, sexual orientation, appearance, behavior, body language, personality, reputation, lineage, strength, size, or ability. If bullying is done by a group, it is called mobbing.

Those who are most susceptible to being Bullied are those who are weaker. That can be seen in as simple of a position as a 'Renter' and a Landlord' or as complicated as multiple corporations merging together to form a Cartel or Cabal in the order to push a desired and mutually beneficial goal of fleecing the little guy with a standard that conflicts with Law; or even sabotages an Election with Fraud and Forgery upon the Voter.

Recently Cody has had to take a stand with the former at the same time as he has had to deal with the latter because Bullies are really about robbing, stealing, pillaging, as a habit and until they are stopped, as the definition points out, their behavior is unbridled and encouraged with positive rewards. They get what they want by rolling over people often with a thick checkbook, high priced attorneys, and even Elected position.

In a Property Sale affecting the place where Cody is a Renter, the Landlords exchanging the Property sought to terminate (Cody's) renter's contracts, obligations to renters, and future rents that had been paid. As it happens renters often pay a deposit which covers damages when they move, but Landlords have been increasing these premiums to also cover first and last months rent. In a property exchange these funds can often be lost to the Renter as the new owner points to the old Owner Landlord for the reimbursement of these funds, and the old Owner Landlord  points to the new owner Landlord as responsible for all obligations of the Property.

This is optimally a form of Bullying Renters out of their cushion rents to even get in another place and let's just call it what it is - a form of contractual theft that most Renters neither have the money to fight or stand up against when educated attorney's are far from being afforded and they are looking for the Old Landlord in the dark of being kicked out on the street with no money to even move their property in what can be as quick as a five day process.

Many States garner the badge of being a "Landlord" State, where the rights of renters are minuscule and the motto for one aggressive attorney's firm is "Kick'em-Out-Quick". "Utah is one of those States" said the Judge in a case with Cody's past Landlord, in a forced move made on fabricated emergency measures to a different unit otherwise which had not been rent-able.

Today, June 1st, 2017, Cody filed a Response to a 3 Day Summons, served by a Deputy Constable, against him incorporating just such a Bullying tactic, which if not stopped, will be signed by a Judge in a zero day Sheriff's eviction, possibly as soon as June 3rd all because Cody refuses to pay rent twice- once to the old Landlord Property Owner, and once to the new Landlord Property Owner.

"It is probably one of the most scary predicaments to be caught between", Cody said, "Most people just get Bullied, lose their residence, have all their possessions confiscated, and find themselves in a homeless shelter looking around thinking what the heck just happened?"

'Avoiding Service of such a Complaint is not really the best strategy", Cody said, "When I saw the Deputy Constable Sticker with a return number on my door, I immediately called and set up an appointment for him to come by and serve me. I wanted to take care of the Complaint against me with the best defense I could. Most admirable people do."

Obama, the DNC, and OFA are not like that. They instead have chosen to avoid making a Response in a Case that has been served to their addresses that include Documents proving that the States of the Union were disenfranchised from a Qualified Candidate to vote for in the Elections of 2008 and 2012, also including legal and lawful evidence of a Sheriff's Cold Case Posse's multiple independent experts asserting, Obama's long form birth certificate he presented to the Public as identification was fabricated'. Indeed, the actions claimed would amount to exerting Fraud upon every Voter who voted for Obama in the Elections of 2008 and 2012.

In the action being determined in the Tenth Circuit Court Case, all the Defendants were served properly with a 20 Day Summons actually stamped by the clerks of the Court, and a Return Service was filed accordingly. When the Court Clerk claimed the documents they had sent for Service, in the face witnesses stating service had been made, the Defendants were served on record, refused to verify them, Cody Motioned the Court to do the Service themselves.

This Motion was denied by the Court. With Obama much of the Time, the Court has stepped out of the judgement seat and actually acted for Obama as his attorney. This is another Bullying Tactic the Courts have either used scapegoating behind the Clerks, or intentionally being bypassed by Clerks. You can use your best guess. Indeed, the newest Justice of the U.S. Supreme Court-Justice Gorsuch has refused to join the U.S. Supreme Court Cert Pool , perhaps for this exact reason and problem.

Indeed every Document the Court agrees to File on Record must come with a Certified Mailing Certificate also that Certifies the Defendants were mailed the Document. The Court is free itself to issue an Order to Respond or face Default, at any time, so it cannot also feel comfortable. So, has Obama really lost over 100 Documents mailed to him with Priority Mail or can we safely determine as the Court Clerks have the Documents Recorded, Defendants have indeed been served? The Docket Report is a Record of Service and Obama, the DNC, and OFA have chosen after being properly served to 'duck & hide' as a strategy.

These are the actions of a Bully who at the heart of the matter is a Coward and cannot face the music or crimes that are alleged. Certainly there are such things as 'frivolous actions' in Court like the parents who sued Honda for making a seat belt their drunken daughter (her blood alcohol level was .17 - nearly twice the legal limit) couldn't open underwater. Or, take the Case of one Plaintiff who sued Anheiser-Busch for $10,000 for false advertising. He claimed to suffer from emotional distress in addition to mental and physical injury. Why? Because when he drank beer, he didn't have any luck with the ladies, as promised in the TV ads. Harris also didn't like that he got sick sometimes after he drank.

In comparison, Judy's Case against Obama determines multiple U.S. Congresses have refused to change the [natural born Citizen] requirement at least nine times in modern history since 2000- eight of which are featured here. The Courts are suppose to uphold the Law of the People in the U.S. Constitution, not legislate from the Bench against the People's wishes which is America's Choice.

Consider Obamacare which is a catastrophe and sold with lie you could keep your Doctor and your premiums would lower $2500.00 while it rose to $4,865 and claimed 1/5 of the Economy. 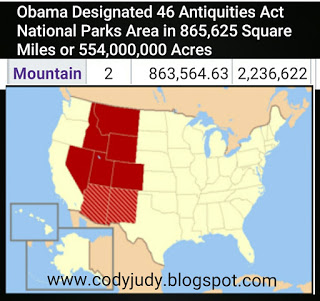 Consider 554,000,000 Acres in 46 National Parks and Monuments Obama set aside during eight years which entail a bigger area than the whole Rocky Mountain States Area and the impact on America's Independence and even national security as nuclear subs are prevented from patrolling national parks?

Consider the 10 Trillion in National Debt that crossed Obama's Desk that amounted to an economical debt in eight years equal to selling every man, women, and child in the United States of America for seventy-thousand dollars?

Now, considering the evidence of a lawful Sheriff's Cold Case Posse, multiple forensic document experts, real documents signed by Rep. Nancy Pelosi contrasted by Hawaii's Democratic Party. If you are the Judge seeing every document has been sent to Obama, the DNC, and OFA, and the witness is Recorded on the Dockets across America in some 17 Cases by a Presidential Candidate with Standing in the Democratic Party, how do you call that frivolous and sleep at night?

See the Brief here read over 2,000 Times by people who have an interest in the Law.

See the Video the Judges have which has been seen by over 58,000 People.

See the Post wherein the Public has been prevented from the Facts by Facebook closing down "Boosting Ads" after some 11,000 People were informed and panic set in because the Main Stream Media has engaged in what the President of the United States now has repeatedly said was "Fake News".

Now, you tell me this action is 'wholly incredible' and 'frivolous' and it is very difficult for me to defend you as not being a 'domestic enemy' of the United States of America according to the Standard of the U.S. Constitution. Of course you can be fooled by Republican Rhetoric as well as Democratic Party Rhetoric as propaganda- Heaven help the Leaders found to be in the Acts of Treason against the American People who love the U.S. Constitution.


“One of these rattles singly is incapable of producing sound; but the ringing of thirteen together is sufficient to alarm the boldest man living.” Benjamin Franklin, The Meaning of the Rattlesnake, December 27, 1775


“… should we wander from [the Founding Principles]… let us hasten to retrace our steps and to regain the road which alone leads to peace, liberty, and safety.” Thomas Jefferson, First Inaugural Address, March 4, 1801