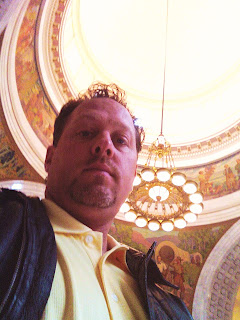 MRS. RONDEAU: Do you think that we’ve reached that point in America?

GEN. VALLELY: We’re reaching that point, absolutely; we’re almost to the point of no return here. There has been so much destruction to the country already that we cannot wait around until the election of 2012, in my opinion. The other important point that I mentioned was impeachment, which is another peaceful transfer of power. In my opinion, this situation involves the creation of that demand-resignation option which will then force an impeachment. Of course, officials can die in office from a heart attack or health problems; that’s another way power can be transferred. But when you look at where we are now, which I consider to be a gray area, we’re actually holding to the process that leads to anarchy or revolution. We are already, in some ways, involved in some kind of a revolution or revolt by the people now when you look at our financial situation, the health care plan, and Obama’s inability to be an executive who can deal with crises. He’s basically a community organizer who has no experience in the executive world. My opinion is that he is very naive, very immature.

So for all of these reasons, for the first time in our history, we need to demand a resignation not only of him but of his entire cabinet and political appointments. At the same time, there has to be a resignation of those members of Congress who have been involved in the corruption and fraud of the administration and violating the Constitution.
Posted by Cody Robert Judy at 12:33 PM No comments: