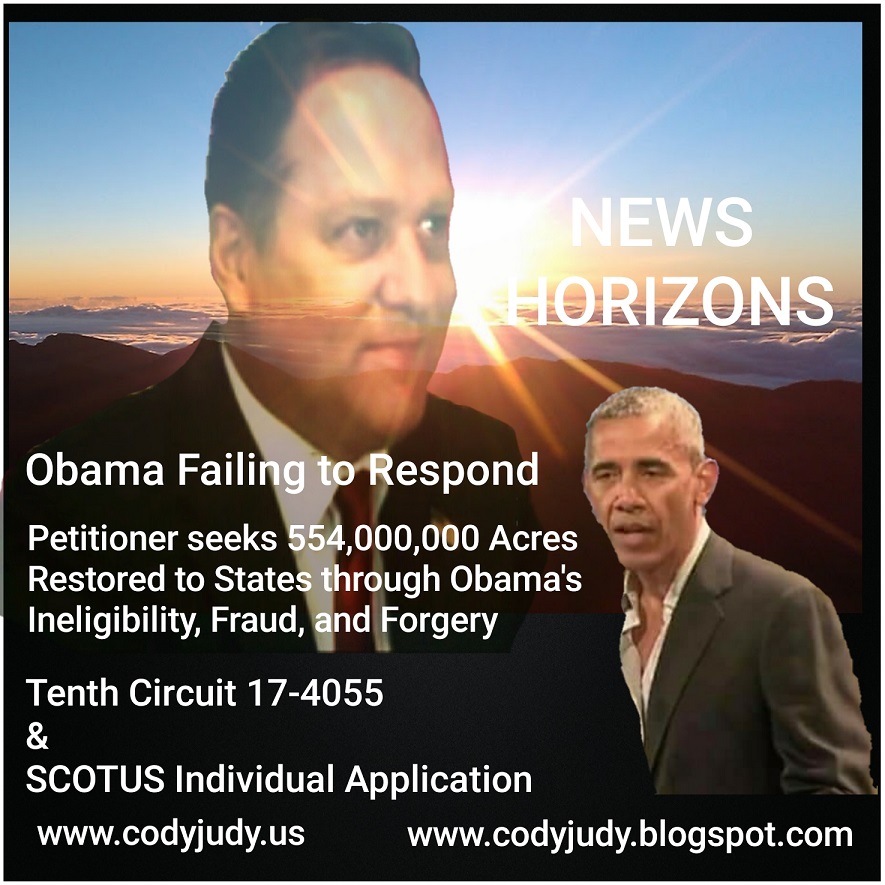 The Constitutional Crisis presented by Obama's Ineligibility expands into near 554,000,000 million acres that are included in Obama's massive usurpation into States for 46 National Monuments created during his occupation of the Oval Office. The hitch is the 1906 Antiquities Act requires a Qualified person under the Constitution who is President under the Standard of the U.S. Constitution's demand for a [natural born Citizen] which represents 'America's Choice' in Born in the U.S. to U.S. Citizen Parents.

The following chart shows a staggering abuse of Presidential Powers with Obama's use of the 1906 Antiquities' Act established for President's to set aside historical sites and create national monuments from federal lands to protect significant natural, cultural, or scientific features. 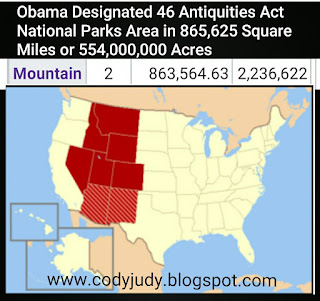 While many supporters of Obama declared the 'natural born Citizen' requirement antiquated to modern times, when it come to the Antiquities' Act's authority, environmentalist celebrated Obama's reach back to claim in his legacy 46 such sites.

American's seeking State's Rights on these lands have chorused that doing such come at the price of higher fuel cost, and a foreign dependence on many natural resources forcing American to be subjects of the Middle East reserves of oil, gas, and other natural elements that may be produced here.

The problem for President Trump said Interior Secretary Ryan Zinke is the Antiquities Act doesn't authorize a president to rescind a Monument. UT. Representative R- Rob Bishop has orchestrated an effort to restore the Bears Ears National Park back to the State of Utah and Utahans have bristled at the Federal Government's continuous intrusion on it's public lands.

Representative Bishop was a Teacher of civics classes at Brigham City's Box Elder High School from 1974 to 1980 where the Petitioner 3X Presidential Candidate Cody Robert Judy of Judy v. Obama now in the Tenth Circuit Court Case No. 17-4055, graduated in 1984. Judy has also brought the challenge to the United States Supreme Court in Case No. 12- 5276 & 14-9396 and has also submitted an Application to the newest Supreme Court Justice Gorsuch - a courtesy copy which was also submitted and recorded on the Tenth Circuit Docket 17-4055.

The courtesy copy was filed and recorded in the Tenth Circuit Court on April 26th which gave 30 days for Obama to give a response if he wanted to. Obama has declined to respond. The Application to Justice Gorsuch was signed for by the U.S. Supreme Court Clerk on April 13th, 2017.

In a procedural letter sent from the Tenth Circuit Court Clerk Elisabeth A. Schumaker to Petitioner Cody Robert Judy April 24th, 2017 the following language exists about service to the Defendants/Appellees:

"Failure to file a Brief is grounds for dismissal without further notice. Copies must be served on all apposing counsel and all unrepresented parties. The Clerk may refuse to file any brief which does not comply with the rules and the court's instructions."

In other words any Motion, Brief or Document filed by the Court in the Court has indeed come with certification that the Defendant's/Appellees were served or it would not be Docketed by the Clerk. This is longstanding Court procedure so Obama's silence and failure to respond is not without notice of all the documents. 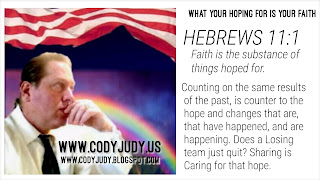 A new Fund Raising Effort is now underway to expose to the Public what the Main Stream Media has thus far sought to cover-up. While the Main Stream Media today was obsessed with saying Jared Kushner not be a subject or a target by the FBI, Comey refused to produce his Memos saying President Trump inserted himself in the alleged Russian probe ln a letter to Oversight Chairman Jason Chaffetz (R-Utah),  and without any trigger man to prosecute conservative news outlet Sean Hannity has gone mum on Seth Rich either being the informant for the DNC or against the DNC and releasing information to WikiLeaks, the public is for the most part in the dark on the Case going on in the Tenth Circuit which could restore near five hundred fifty four million (554,000,000) acres to the States and present Obamacare as unconstitutional by the virtue of not having the opportunity to be presented to a legally qualified President for either a Veto or  Qualified Signature. 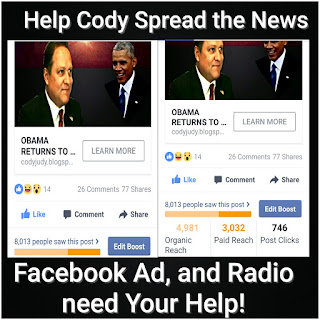 A rough draft copy of the Brief filed in the Tenth Circuit is provided in the Link and below for your convenience and interest on the issues presented to the Court along with the video presented in Court.

Thank you for your consideration in helping to bring Justice and Liberty to a Principle of our U.S. Constitution that is so important for so many reasons.

It is AMERICA'S CHOICE

When we see two Document Forensic Experts tell Sheriff Joe Arpaio that Obama's Long Form Birth Certificate is a fabrication confirming his own Cold Case Posse's 5 year investigation we wonder why the MSM has a problem with evidence and spends its time on things with no evidence?

Posted by Cody Robert Judy at 5:52 PM No comments: