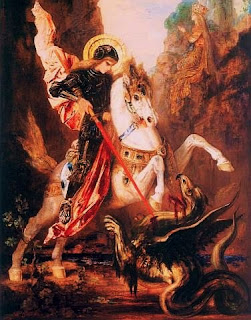 
Upon watching the entire hearing I was moved to tears at the points made by every witness, and thought Orly conducted her presentation very well. After hearing that all the Election Law Committee were Democrats, I wish she had "rubbed" in the fact, just a little, that she had a Democrat Presidential Candidate who wasn't blind to the Constitutional Requirements of President, and that there decision reflects a loss of revenue towards the Primary Ballot with my boycott of the Primary as long as the Constitution has been removed from their favor in a bias of racism!

If their duty towards the Constitution in upholding the natural born citizen qualifications for President as the standard for being eligible for the New Hampshire Primary Ballot has been defeated, we are sadly left with the ugly truth of their duty towards racism being upheld as the basis of their decision. Racism is the belief that inherent different traits in human racial groups justify discrimination.

Their discrimination towards me in favor of Barack Obama's eligibility has no Constitutional backing. They therefore show in their actions the telling signs of racism against me. Discrimination is the unequal treatment of individuals. The unequal standard of allowing Barack Obama on the primary ballot with proof he is not a natural born citizen by the measure of his own release of long form birth certificate showing his father as a Kenya, East African Citizen is therefore racial prejudice, against the standard I am held to.

Prejudice is an attitude, however when it results in an action such as the Election Law Commission's taken against me, it becomes discrimination and allowing Obama on the Ballot with indifference to me is based if you will on "reverse racism" rather than the Constitution.

This is a very sad day in the fight for equality under the standards of our Constitution. This is clearly motivated as a cruelty towards equality in the United States of America, hostile towards and causing harm upon our Constitution by the very people entrusted to defend the Standard.


Hearing Link:
http://www.thepostemail.com/2011/11/20/orly-taitz-nh-ballot-law-commission-and-fraudulent-obama-filing/
Posted by Cody Robert Judy at 5:20 PM No comments: Links to this post