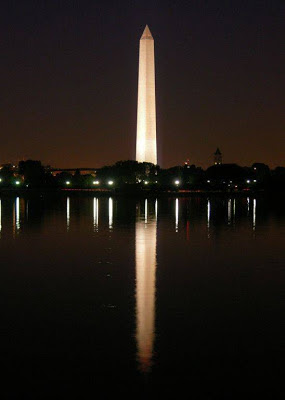 IN THE
Supreme Court of the United States
————
Cody Robert Judy,
Petitioner,
v.
Barrack Obama
Brian Kemp
Respondent(s)
————
On Petition for a Writ of Certiorari to the United States Court for the Eleventh Circuit
————
MOTION FOR RECONSIDERATION OF
PETITION FOR A WRIT OF CERTIORARI


COMES NOW, the Petitioner, CODY ROBERT JUDY, pro se, and respectfully submits this MOTION FOR RECONSIDERATION OF WRIT OF CERTIORARI based upon the unusual and even unlawful manner upon which these documents have been handled, in the following
circumstances of these particulars that have failed to appear on the Docket Report.

1- On July 1st, 2012-The Judy v. Obama Cert was filed with the Clerk with a letter to the Clerk stating “Dear Mr. Judy- The above-entitled petition for a writ of certiorari was received again on June 28th, 2012, and is herewith returned for the reason stated in my letter May 17th,2012. Sincerely William K. Suter, Clerk – By Gail Johnson” . Clerk Missed Docketing the entire case.


2- On July 30th,2012- Petitioner submitted an EMERGENCY MOTION governed by Court procedure July 30th,2012 also with a letter to the Clerk, that was not posted as such by the Court Clerk on the docket, but rather posted on the docket for all the Public to see as an addition or supplement brief to the WRIT OF CERTIORARI, rather than an EMERGENCY MOTION that took precedence over and above body of the case. Missing on the Docket Report.


3- On September 6th ,2012- Petitioner CODY ROBERT JUDY submitted a letter to Chief Justice John Roberts RECONSIDERATION: Standing Mixed up in Conference Sep. 24th Judy v. Obama 12-5276 & Emergency Motion not ruled upon violating Court procedure. This was not docketed by the Court Clerks, and is nowhere to be seen on the Record Judy v. Obama 12-5276.

ARGUMENT OF THE MOTION FOR RECONSIDERATION
There was no legal reason for which the WRIT should have been returned, and the proof of that was that the document was received by the Court without any corrections in my July 14th Letter to the Court, both of these letters expressed the concern that Justice was being thwarted and my case was being severely discriminated against in an unlawful and injudicious way that violated Court procedure and that by these actions my case was being removed from the Justices until the following Session which was a manipulation of the election suited strategically in the Defendants favor ultimately breaking restraint of the political doctrine question that favored the Defendant from the get-go.

Further proof of this exists in that the Case Weldon v. Obama was given a case number 2 weeks prior to Petitioner’s case Judy v. Obama. Now the Weldon appeal was also from the Georgia Supreme Court. Petitioner beliefs that the Judy case was finally given a case number because the Weldon case from Georgia was granted a case number, and would provide a cover for dismissing his case due to an unqualified or non-competitive standing issue.

There was no monetary damages that was asked for or that accrued in Weldon v. Obama case as compared to the 20 MILLION DOLLARS worth of damages accrued in Judy v. Obama making the 2 cases completely different, and showing a complete lack of justice in that all the lower Courts systematically considered the two cases together in their judgment, an unprecedented and extreme injudicious action that represented such a far and wildly odd departure from Justice that it would be considered a para-normal abrogation of justice suited in the extremes of say sentencing 1st degree murder felony cases with the same penalty as misdemeanors cases.

On September 6th ,2012 Petitioner CODY ROBERT JUDY submitted a letter to Chief Justice John Roberts RECONSIDERATION: Standing Mixed up in Conference Sep. 24th Judy v. Obama 12-5276 & Emergency Motion not ruled upon violating Court procedure. This was not docketed by the Court Clerks, and is nowhere to be seen on the Record Judy v. Obama 12-5276.

Further prejudices are provided upon the record of injustice, for example: Due to the Court Clerk’s mistake of not granting Judy v. Obama a case number before Weldon v. Obama with no legal excuse, Mr. Judy was forced into the Fall Session of the Court’s Conference schedule. Because Petitioner’s case is/was/ and continues to be suited in the terms of the 2012 ELECTION, with him as a candidate in the same party contesting the very eligibility of Barack Obama, with the consideration of election dates, Petitioner submitted an EMERGENCY MOTION governed by the Court procedure July 30th,2012 also with a letter to the Clerk, that was not posted as such by the Court Clerk on the docket, but rather posted on the docket for the Public as an addition or supplemental Brief to the WRIT OF CERTIORARI, rather than an EMERGENCY MOTION that took precedence over and above body of the case.

As such the EMERGENCY MOTION was not ruled upon, never has been ruled upon, and because it was not ruled upon, warrants a complete RECONSIDERATION by the Justices of the Court without the hindrance or cover of Weldon v. Obama suited as a distraction or subversion by which justice could so easily be sacrificed on the altar representing a disembowelment and quartering of all the United States Supreme Court Justices.

In 2011 it was published and made known to the United States that the 10th Circuit had dismissed Keyes (Barnett) v. Obama due to what the defense called no active Presidential Candidate, holding that if an active candidate with competitive standing filed that the ‘qualifications’ of a candidate as a ‘natural born citizen’ challenged might be undertaken as a judicial contemplation on the merits of precedent, otherwise, no such contemplation could possibly be justified by the Courts.

Judy v. Obama provided that KEY ingredient with a 20 MILLION dollar campaign and contributions coming in from all over the United States of America from concerned citizens actively building and contributing their hard earned dollars in determination that existed in the root Constitutional demand that the Office of the President of the United States of America only be occupied by a ‘natural born citizen’. Barack Obama is not a natural born citizen, and the legislative precedent has thwarted every and any attempt to amend the Constitution in its demand for such.

The Judicial Branch has an obligation and judicial duty of upholding the legislative Branches demand, or declaring it Unconstitutional with more respect and honor than a cowardice DENIAL, stamped with unprecedented prejudice representing a slithering creeping consummate beheading Lady Justice in front of the Citizens of the United States simply wanting their vote to count on an eligible candidate.

If that’s too much to ask for, or for some God forsaken reason is too beneath the Justices of the Court to consider worthy their devout consideration, then Petitioner prays to God with the fervent religious sentiment and protections granted him to do so, that every one of those Cowardice Bastards of Hell will be slaughtered in the disrespectful way in which they have treated their offices, and that in every orifice of their body, a copy of the Constitution will be stuffed, that through the timeless eternities of the after-life they may gaze down upon their bodies and always remember the reasons that they met such gruesome fate. They simply didn’t take seriously enough their jobs, and that rather than resign their duties to worthy and choice men and women, they chose of their own free will and volition to desecrate the highest office of the land, protected by the Supreme Law of the Land, scratching their memories into the annals of history as DOMETIC ENEMIES of the United States of America.

If Petitioner, the Contributors to his campaign, and all the Democratic Party, and Citizenry voting for Barack Hussein Obama under the dereliction and auspices of the most corrupt forgery and fraud every perpetrated upon the Citizenry of the Untied States of America, are to be subjected to such horror and blatant discrimination, prejudice, malcontent, and utter corrupt usurpation of justice, then, in the spirit of “JUSTICE FOR ALL”, would not the Justices themselves consider their decision equal to such a fate as the Petitioner has outlined?

While there is no other Court to appeal this decision to, and We The People in this action, have done all in our power to appeal to the reason and sensibility of our own law, and heretofore finding no answer of integrity, justice, and honor, we must sentence this application to God, the Creator of Heaven and Earth, with our most humble supplication, that we should be held blameless before him, and that our record stands as a witness against you as Tyrants of the Supreme Law of the Land, and that while you may escape the edicts of men you will not escape his eye, and that the very Earth under you may open her mouth wide and bury you alive, unless you hearken to your sensibility, and reason, and regain your faculty of mind which at the very least shows honorable courtesy to entertain the MOTIONS presented. 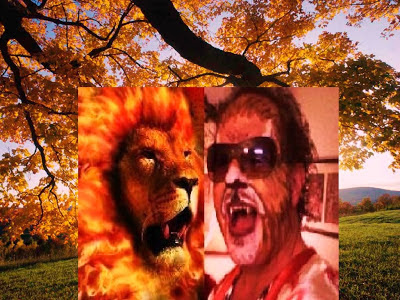 Donald Trump Didn't Lie -5 MILLION CHARITY CHALLENGE TO OBAMA Could Very Well Determine Election and is as I'll show you BIGGER than Romney and Obama combined.

Call it what you want, but Donald Trump didn't lie. Mr. Trump said on his teaser, before releasing his Major Announcement, that the Media would cover it and that it could very well determine the election.

On my October 23rd,2012 Blog piece we read " If you haven't heard the BIG in Donald Trump has a reputation. “Fox & Friends” Monday, a night before the third and final Presidential Debate Donald Trump said that his news could “possibly” impact the November election but did not provide any more details.

Just four days after the big announcement Donald Trump's video challenge to Obama has more hits on YouTube than all of the rest of Trumps videos'combined, near 6.2 million eclipsing the 5.5 Million hits of the other 109 videos his station had before the video was posted.

From Trumps YouTube Station inception in 2006 it had garnered around 5.5 million and in just 4 days now stands at 11,652,255 (Sunday 9pm Oct 28th 2012). Let's take a little closer look at what's happened here, looking at another contrast: The Candidates most popular commercials on YouTube.

A quick look at the 30 Second Mitt Romney most popular commercial on YouTube that has garnered some 1,397,434 HITS
DOING FINE

Now what can we manage from this very sophisticated scientific data? Well, obviously Mitt Romney wants the Birthers to come down on his side come election day. Obama has absolutely no way to gain that popular support but if Birthers stay home and don't vote it would help Obama out much more than the same action would hurt Romney.

As Donald Trump has endorsed Mitt Romney it seems a clear indication that Romney is doing everything he can to amass the popular support of those who are undecided.

With independent voters breaking more to the conservative side, it seems the Identity Charity Challenge Donald Trump has issued was made more on the Constitution's side then it was made on Obama's, and thus was done to entice the conservative views of Birthers and Tea Party Citizens alike.

With the election coming around for the home stretch, I'm sure Mitt Romney could use the Birther Movement votes and Donald Trump's Obama 5 Million Dollar Identity Charity Challenge, while having little affect upon the media who has marginalized the Birther vote, has garnered very big results with this movement.

This as Donald Trump said and promised, could well indeed affect the outcome of the 2012 Presidential Election. If Trump's video was monetized for about .80 cents a hit, he well could have raised the 5 Million Dollars for the Challenge and would not have had to put a dime out of his own money.

One could say that the Donald Trump BIRTHER VOTE was indeed the BIGGEST BIRD.