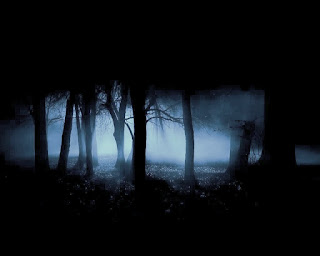 If you’re a member of the Democratic Party based upon some of the good ole Democratic party values of inclusion, value of the individual to stand up against corporations, intrusive and overbearing Government in civil rights, and the semblance at least some fairness, you have got to be watching Obama in a nightmare, or worse, a sci-fi horror movie starring Stallone in Demolition Man, in the demolition and destruction of the Democratic Party.

From the UK comes a story that the entire Verizon Wireless Network that has been either enlisted or co-opted by the NSA under Executive Branch head Obama to collect all the phone calls all the email addresses in an all out spying effort on Americans under the nightmare of the Patriot Act over the last 7 years.

While the Judicial Branch has problems in the political doctrine theory they have used to give Obama cover for his forged and fraudulent long form birth certificate, apparently the Judicial Branch has no problem signing secret spying orders on all Americans using Verizon Wireless under the guise of national security. As a Verizon wireless subscriber I’m furious about being targeted as a terrorist as I’m sure all other innocent people are.

From the implant of Obamacare into the supposedly politically neutral hands of the IRS comes the story that Obama’s own “campaign manager” is attending meetings to officiate the code of conduct for the apologizing-Tea Party/Conservative-voter-targeting-arm of the Obama Government to manage the health care of all Americans where to quote officials, “Some will live and some will die” according to the IRS’s neutrally political directives.

From Glenn Beck comes the Democratic Party sci-fi horror statement that is not only compelling but downright disturbing that The Tea Party be the new Civil Rights Party? How could it have come to this? How could the Democratic Party have lost that mantle? Well it’s pretty easy when the guy in the White House is employing tactics of the Red Scare.

Why would we hear about this from foreign reporters? Well, we also know that Obama is making investigative reporting and those that do it here in America an espionage criminal act prosecuting more reporters than any other administration in our history and we have the A.P. Reporter tracking list of conversations and emails to back up the tip of the ice-berg of the nixonian watergate type tactics employed by Obama.

Isn't it enough that reporters for the most part have completely ignored the eligibility argument taken to Court in Judy v. McCain in favor of preserving a ‘race’ card for Obama to play for every eligibility case in Obama-usurping history, accept for mine, in Judy v. Obama 12-5276 in the U.S. Supreme Court?

We are not threatened by intelligence or knowledge, we are threaten by ignorance or lack of knowledge and Obama’s greatest cover-up lies in his own identity fraud made so only by championing ignorance rather than championing the pursuit of happiness which is knowledge.

Yesterday on the Blaze, the lack of intelligence on Obama’s years at Columbia University rose quickly to a high ranking story. In the on-air report Obama’s supposed and miraculous transfer from Occidental College as a C student defied not only the odds of reason but the odds of everyone ever remembering him at Columbia including Wayne Allan Root former V.P. Candidate for the Libertarian Party and George Stephanopoulos of ABC.

Along the same story over 400 political science students attending around the same years as Obama questioned about it in an Fox news report also had never seen Obama or could remember Obama attending, which was also noted in the comments of a political science professor there who stated in a public speaking engagement, “he had his doubts” Obama ever attended, to the gasps of the audience.

This report was featured in the CIA COLUMBIA OBAMA SEDITION AND TREASON TRIAL held in New York with Dr. Pastor James David Manning where Obama, by a jury panel of American Citizens from all over the United States was found to be guilty of many counts of fraud and sedition along with the findings Obama was not eligible or qualified as a natural born citizen to even be seated in the Office of the President under the United States Constitution.

I testified as a presidential candidate for the first time in United States history at that 2010 Tenth Amendment trial against another candidate for President in Obama, beginning on page 49 of the Trial Transcript link, and brought to the attention of the world the fact that McCain’s “natural born citizen” exclusive grant by Congress defied nature as an action of man and was co-sponsored by Hillary Clinton and Barack Obama on a quid pro quo good ole boys agreement.

Speaking of gasps from the audience, it is interesting to see story after story emerging as the one has of a conference of sheriffs and law enforcement personal brought up to speed on the document forgeries of Obama’s long form birth certificate and selective service registration by a Cold Case Posse with over 2500 hours on the documents.

Mike Zullos’ investigation sanctioned by Sheriff Joe Arpaio was submitted by myself for the first time and originated in the State District Court of Georgia the day after its release to the public and worked its way thought the Georgia State Supreme Court and up to the U.S. Supreme Court in Judy v. Obama 12-5276 in January of 2013.

As Americans don’t you think we have got to start wondering about the sanity, fear, or manipulative tactics of those pointing fingers at the Birthers calling them crazy?

As a proud Article II Patriot and Birther I say from the trail-blazing work myself and many others have done at our own peril as sacrifices for the Constitution of the United States that includes our Civil Rights visible through the rear view mirror of our vehicle, that the rest of Conservative Republican and Democratic Party people sitting in disbelief,as these events unfold, are only now beginning to catch up to what we have known and been sounding an alarm for.

Welcome to our world as you’ve been spied on, treated as terrorist, punked as stupid, told to shut-up, sit down, and that if you weren’t doing anything wrong you should not mind being treated as a prisoner in America.

It is every and increasingly apparent to you, shown to you as clearly by God as anyone could be shown, that if you do not choose politicians who believe in the Constitution, and when I say the Constitution I very strongly imply the eligibility requirement demanded of the Office of the President that Obama has from day one demolished, that you will indeed have every right taken from you the Constitution frames as inalienable.

The very first thing you should ask yourself in choosing a Representative or a U.S. Senator is are you an Article II Patriot, are you a Birther because if you’re not, you certainly are not getting my vote or my money contributed to your campaign.

My name is Cody Robert Judy and I can proudly say if you consider my campaign for your hard earned dollars at the very least you can consider your Constitution’s demand for a natural born citizen upheld and respected without the fear of being called a racist as I have upheld equally the eligibility argument with McCain and Obama. There just are not many politicians who can say that in the entire United States.

Of course if you as Americans’ would like more politicians to sprout up championing your rights, and you’d like your Representatives and U.S. Senators to take a stand, then you have got to show them that there is a direct correlation between their taking a stand for the Constitution on this national security directive and breach and your campaign dollars. A good way to do that is contributing to my campaign that in 2008 and 2012 didn’t even collect the minimum amount of over $5,000 to report to the FEC.

Please read it, drink it, and share it because to the cover-ups happening that are narrated by Obama, this is a very good solution and please enjoy the first 2016 Commercial of my campaign featured below.
Sincerely,

Posted by Cody Robert Judy at 12:22 PM No comments: