Will Manning busted 76,000 secrets out, how many has Obama? 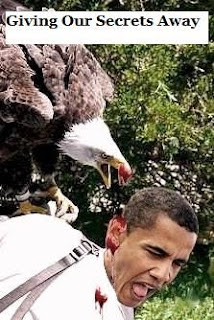 Will Manning - "Will" you please ‘pardon me’ Mr.Barack Hussein Obama?
The headlines read glare, the information was bursting in the air, gave proof through the night that our secrets weren’t there.

http://www.uncoverage.net/2010/07/will-“wiki-leaker”-manning-face-treason-charge/
[ And with that opening paragraph the cries of “treason” will echo throughout the land. In fact, I’ve already read several comments at various blog and news sites which call for a firing squad as just punishment for Private Manning, should he be convicted. Some have gone so far as to suggest a firing squad even if he ISN’T convicted!]

Will Manning yielded evidence that he had down loaded Afghanistan war reports, that he says ought to be made public. Where does treason and reason ever cross a fair line? They don’t you idiot, however your spy cloak being so weak, as the below video relates from Comedy Central’s John Stewart, we dismiss ya and don’t chop off your hands.


Now comes the problem of choosing the authority to punish Mr. Will Manning for releasing some 76,000 secret reports from army intelligence.
Wait a minute… hold everything, someone just asked me about his defense and a defense for this guy?

If he were smart he'd claim there was no authority to press Treason charges because the Highest Office of Authority is not a natural born citizen, his COMMANDER IN CHIEF is a fraud, constitutional violator, which was simply the example being set for him...gosh.." if the President can do it, why can't I?" type of defense. This is the problem we now face as Americans, how can we justify prosecution of this Will Manning and excuse Barack Obama?

We do have a much bigger problem; what if Will Manning was the President with that kind of ambition, with access to all of America’s top secrets that would make Will Manning’s deed look like double dipping a chip in the dip?

Can you imagine the President leaking Intel to foreign enemies to put our boys in harm’s way? You say it couldn’t be possible but yet you don’t consider the very foundation of Barack Hussein Obama to be a lie, and every vote for him a deception of the highest order of hell to supplant the Constitution, the Supreme Law of the Land of which rivers of blood have ran to defend? You don’t think that’s a crime worthy of consideration? Oh how Jesus Christ hated the hypocrites! He reserved his greatest rebukes for just such as this with the publicans and those in high seats of authority excusing themselves, that the law could have no hold upon them, yet meeting out punishment on the same acts from the lower and middle class. This was the ultimate cause of the downfall of Governments past and present.

The Book Of Mormon called them the Gadianton robbers, with their secret signs and pass words, they would know who was one of them, and then they could not be subject to the law they espoused. They made covenants with one another that their deeds would be kept secret and their corruption in high places spread like a plague. Yet they see themselves as the rulers, and seek no God to rule over them bound to any wisdom but their own foolishness.

Tell me our Constitution doesn’t demand a “natural born citizen” who is born of our United States Soil to two parents who are U.S. Citizens, and then tell me Barack Hussein Obama is qualified? He is a qualified liar who has deceived millions of votes in America.

You line up and protest the two black panthers for sitting in front of 1 voting precinct with batons in intimidation of voters, but say nothing about the man who actually hit the hand of every American who voted for him with FRAUD. Tell me anyone is not blind and deaf, with their eyes closed and ears shut in aiding and abetting this circumstance of deception and fraud of the highest order!

This is the gravity of which we find ourselves with a President who is willing to lie on his Declaration of Candidacy, thereupon soliciting every vote for him under the auspices of deception and fraud and the same goes for Sen. John McCain.
America is facing a much more serious threat from within right now then from without because of these lies and acts of deception upon the American People. This is why I have pledged to call for a United States Senate Trial for Barack Obama if I’m elected as Utah’s United States Senator, which no other candidate has pledged to do.

Posted by Cody Robert Judy at 4:20 PM No comments:

Immigration and Eligibility Common Authorities for McCain and Obama 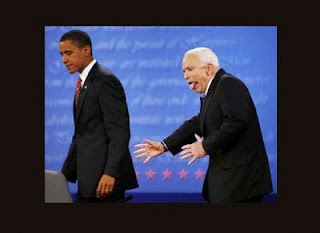 Arizona is on the front line in defending America’s Borders, and the Feds not only refuse their job but are doing just about everything they can to assure the dis-comfort of the Union and undermine States Rights, especially in light of the Feds failing.

Reports from the Arizona Daily Star list a few of the parts of the law that have been put on hold by the Federal Judge:

[The overall law will still take effect Thursday, but without the provisions that angered opponents. Sections barred from being enforced include:
• Requiring a police officer to make a reasonable attempt to check the immigration status of those they have stopped;

• Forbidding police from releasing anyone they have arrested until that person's immigration status is determined;

• Making it a violation of Arizona law for anyone not a citizen to fail to carry documentation;

• Creating a new state crime for trying to secure work while not a legal resident;

• Allowing police to make warrantless arrests if there is a belief the person has committed an offense that allows them to be removed from the United States.
"Requiring Arizona law enforcement officials and agencies to determine the immigration status of every person who is arrested burdens lawfully-present aliens because their liberty will be restricted while their status is checked," U.S. District Judge Susan Bolton ruled.

The judgment is "virtually a complete win for the United States" and that the "heart of SB1070 has been enjoined," University of Arizona law professor Gabriel "Jack" Chin said.]

Why Senator John McCain Cannot Be President: Eleven Months and a Hundred Yards Short of Citizenship

Abstract:
Senator McCain was born in 1936 in the Canal Zone to U.S. citizen parents. The Canal Zone was territory controlled by the United States, but it was not incorporated into the Union. As requested by Senator McCain's campaign, distinguished constitutional lawyers Laurence Tribe and Theodore Olson examined the law and issued a detailed opinion offering two reasons that Senator McCain was a natural born citizen. Neither is sound under current law. The Tribe-Olson Opinion suggests that the Canal Zone, then under exclusive U.S. jurisdiction, may have been covered by the Fourteenth Amendment's grant of citizenship to "all persons born . . . in the United States." However, in the Insular Cases, the Supreme Court held that "unincorporated territories" were not part of the United States for constitutional purposes. Accordingly, many decisions hold that persons born in unincorporated territories are not Fourteenth Amendment citizens. The Tribe-Olson Opinion also suggests that Senator McCain obtained citizenship by statute. However, the only statute in effect in 1936 did not cover the Canal Zone. Recognizing the gap, in 1937, Congress passed a citizenship law applicable only to the Canal Zone, granting Senator McCain citizenship, but eleven months too late for him to be a citizen at birth. Because Senator John McCain was not a citizen at birth, he is not a "natural born Citizen" and thus is not "eligible to the Office of President" under the Constitution.

It’s good to see the professor again! As John McCain is fighting for his political future, he has run amuck the Constitution of the United States. He actually had a ‘good ole boys’ U.S. Senate Resolution 511 created on his behalf, never mind that the rest of the Natural Born Citizens in America were smart enough to figure that one out without a U.S. Senate Resolution that is NOT binding, NOT signed by the President, NOT seen by the House, which to be affective as Constitutional it would need to be.

This McDastardly deed also had the effect as a ‘gag order’ on all the Republican Senators from opposing Obama’s Eligibility, based on the fact they had signed off on Sen. John McCain’s ill gotten gain.

Very sad when America has lost the trust of the two party systems to greed, power, and deception, over service, honor, and trust. This is the biggest motivation for me to make the following 2 videos in the hope that Arizona will wake up and vote McCain out of there for not being true to his oath.