Cody Robert Judy for Pres 2012 on The Manning Report 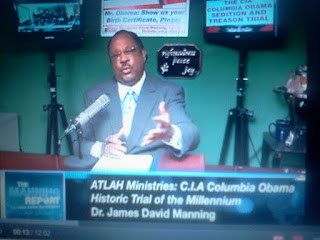 Good News, our campaign for President in 2012 has reached the ears of New York.. that's not too bad. More and more people are hearing about our campaign and seeing the most important question for our National Security and our Economy is being swept under the carpet at the GOP debates. We are tackeling the issue of Obama's eligiblity and welcome the opportunity to take a stand for our United States Constitution right in the middle of the Democrat Party. We look forward to debates in the Democrat Party Caucuses and Primaries. We hope you'll register as a democrat and get yourself in as a democrat delegate to vote for Cody. Remember ask yourself what you can do for your country, and help our campaign.
Cody Robert Judy would like to thank The Manning Report's James David Manning for having him on the show.