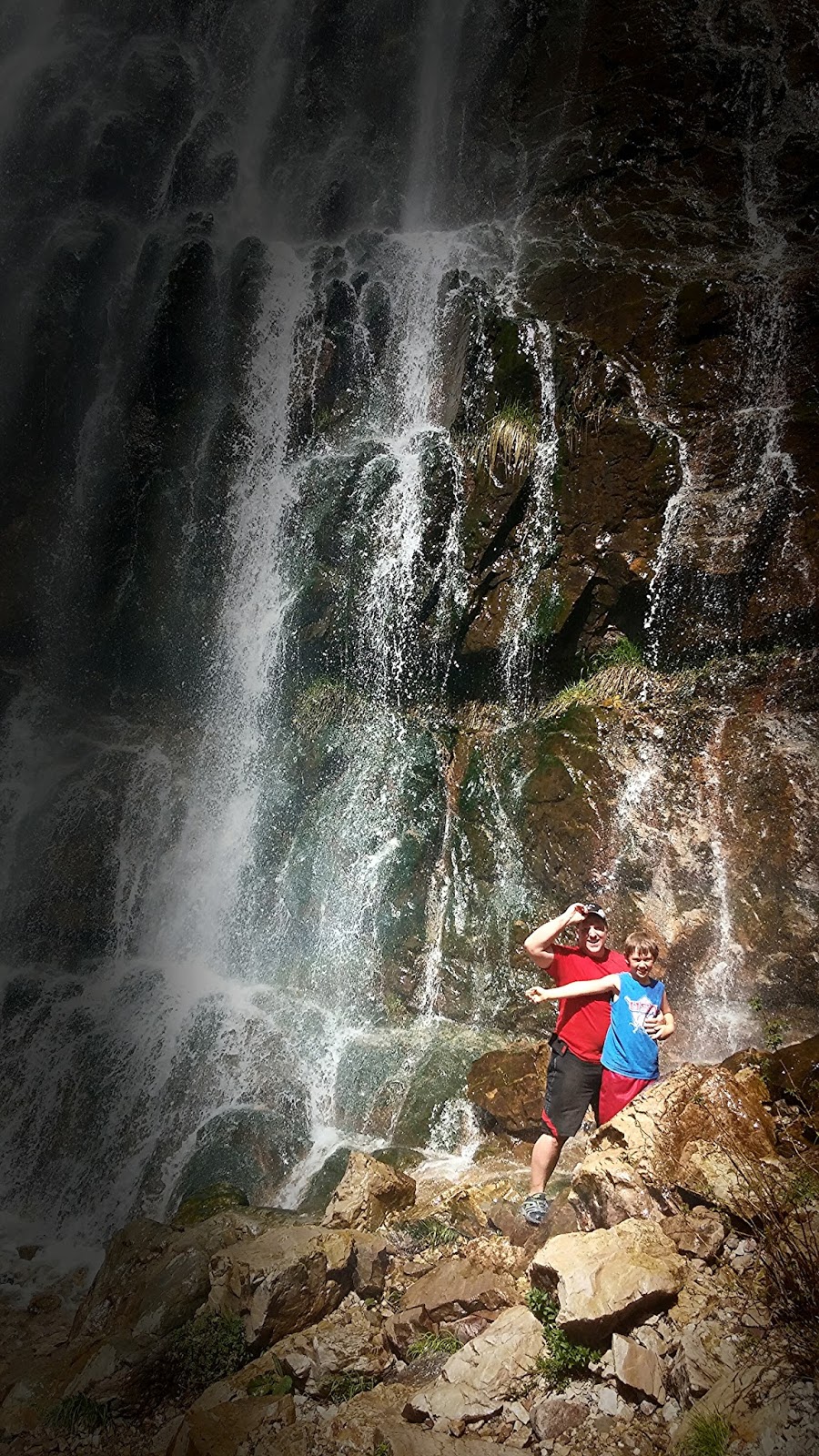 
The Power of Anti-Establishment Media

3-The POWER of the PRIMARIES? Democrats are far behind in enthusiasm for a Presidential Candidate as the comparison between Republican and Democratic Party Primaries comes in, Donald Trump's Phenomenon seems destined to drowned Democrats while Hillary Clinton fights a steady stream of scandals past and present threatening to totally destroy the Democratic Party once known for American Civil Rights and Justice for All in the United States of America. 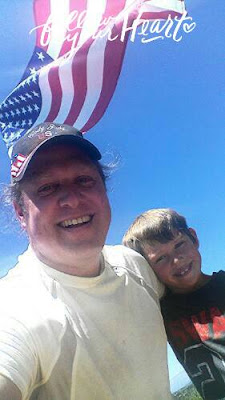 
We just wanted you to know we are not all work and no play.
Sometimes you just have to get away and do a little hiking. Ogden Utah has some of the best places and hidden treasures if you like waterfall hikes as we do!

We made this little video from some of the best shots that we got from our two adventures and  hope you can enjoy them!

WHITE HOUSE TRAGEDY
Featured Editorial
The Post & Email
We made it!!!!❤ The Class of 2016 at The City College of New York’s 170th Commencement Exercises comprises [3,848 students] #CCNY and this FB Post was viewed more now than students she spoke too! It's the power of the Anti-Establishment Media that has gripping fear for Media Moguls as well as Establishment political parties requiring their change. 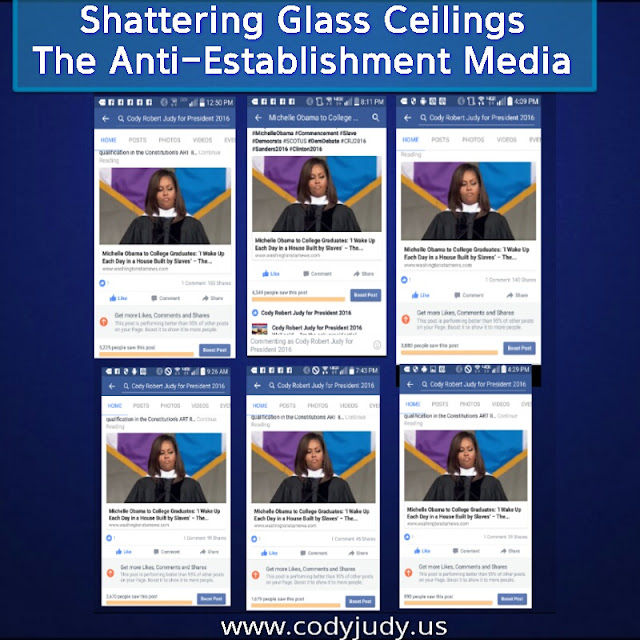 We have 3880 Views in 24 hours and in 48 hours we cleared 5,235 views at the Cody Robert Judy for President 2016 Facebook site. The capacity to reach that many people used to be dependent upon the approval of a Television Station, Radio Station, or a Print Editor-in-Chief, who often axed stories according to their own 'bias'. More and more that is changing as the following story exemplifies. Do you think any Main Stream Media TV, Radio, or Print were carrying this story?

WHITE HOUSE TRAGEDY Mrs. Michelle Obama tragically and falsely "laments" she wakes up in the SLAVE BUILT White House. She spoke about the White House and the fact that it was built by slaves and She notices [again] Obama's [inherited citizenship] from [Kenya] that is prohibited by the [Natural Born Citizen] qualification in the Constitution's ART II., Sect.1, C-5 for the OFFICE OF PRESIDENT. The Law contested in the U.S. Supreme Court, ‪#‎SCOTUS‬, by ‪#‎CRJ2016‬ JUDY v. OBAMA 14-9396 Facebook Post: https://m.facebook.com/story.php?story_fbid=1201463496555098&id=510896692278452

In her LAST ADDRESS to College Graduates while living in the White House:

“It’s the story that I witness every single day when I wake up in a house that was built by slaves,” she told the Class of 2016. “And I watch my daughters, two beautiful black young women, head off to school, waving goodbye to their father, the president of the United States; the son of a man from Kenya who came here to America for the same reasons as many of you: to get an education and improve his prospects in life,”
http://www.washingtonstarnews.com/michelle-obama-to-college-graduates-i-wake-up-each-day-in-a-house-built-by-slaves/#sthash.q5t3OUP9.dpuf


Refuting Mrs. Obama are the Facts.

White House Total Reconstruction happened in 1945 President Harry S. Truman, his family, and the entire residence staff were relocated across the street. For over three years the White House was gutted, expanded, and rebuilt. Imagine that Mrs. Obama?

(Note* Key Challenges even the footings and foundation had to be replaced making the far-fetched notion the house she wakes up in was built by slaves more of a reach for the precipitation of 'racism' and 'division'.)]


It wasn't built by slaves either.

13th Amendment Prohibited Slavery as Ratified on December 6, 1865 but Mrs. Obama would have nothing of recalling that to make her points that frankly deny the sacrifices made in the Civil War or progress made the last 200+ years?

The U.S. Supreme Court in Judy v. Obama 14-9396 attempting to bring the [ natural born Citizen ] (ie. Born in the U.S. to Citizen Parents) substantiating a Nation of it's own, was [arbitrarily denied] in its Motion for forma pauperis in an [economic discrimination] of ‪#‎Justice‬.

Imagine that Mrs. Obama and you will imagine the hurt, damages, and the criminal conduct propagated in Cover up that essentially gave you the opportunity to address College Graduates of 2016 about your poor state of having to wake up in the White House. It's indeed a shame, a regret, and a symptom representing unlawfulness according to the same Constitution that prohibited slavery.

You see, going against the Constitution in your husband's illegal tendered ineligible occupancy is a bid against the prohibition of slavery. So, your actually promoting slavery, not lamenting it as a historical fact this Country over came!

* The logistics of construction were complex; it was described as needing to "balance a stone house in the sky" while new foundations were dug beneath its walls

The POWER of the PRIMARIES?

Democrats are far behind in enthusiasm for a Presidential Candidate as the comparison between Republican and Democratic Party Primaries comes in, Donald Trump's Phenomenon seems destined to drowned Democrats while Hillary Clinton fights a steady stream of scandals past and present threatening to totally destroy the Democratic Party once known for American Civil Rights and Justice for All in the United States of America.

This was a comment I made from ObamaConspiracy.org on Doc's Post
Trump beats cockroaches in head-to-head contest

DEMOCRATS blew too much powder on Obama In 2008 SOURING THE MILK and now find they are set for devastating Reality Check! Now, if some of these are wrong they certainly can stand correcting.

That’s not a good sign for the vagina diary.

2008 more than 35,029,294 votes were cast in the Democratic primary. So Democrats lost nearly 7 million primary votes THIS year compared to 2008.
Another Obama troubling fact financed by 10 Trillion. Republicans didn’t really say “No” that much. They pretty much gave him the financing.

This set up Democrats, beside themselves, at what to do when they are given what they want, and it doesn’t work based on a guy like Trump coming out of the wall ,as this Post indicates, only beating cockroaches.

This is devastating news for the #Democrats but that’s what happens when Establishments start formulating WHOSE NEXT in Coronations that do not see eye to eye with the people because they’re living in the [Establishment Bubble] of GROUPTHINK.

There may be some truth to the venomous virility coined disgust expressed against the anti establishment here ie. Birtherism making its way to the Office of President. Hemorrhoids and cockroaches not the pleasant type worms of angry birds.

Trump has more votes than any candidate in Republican history.

Trump shattered the previous record by 1.4 million votes — and that was with 17 candidates in the race only two others not ever being elected.

George W. Bush had 12 million votes in 2000 in primary contest. The Republican Party also set a party record this year in pre-convention state election turnout with over 28 million votes to date which is 139% of the record high voter turnout in 2008.

This increase in votes can be attributed to Donald Trump more than Bush’s and Romney’s #nevertrump covering jealousy. Their thoughts of governing mirroring Clinton’s , their admiration of her corruption spoken quietly in back rooms

In contrast, Hillary Clinton barely beat as the [presumptive] nominee Bernie Sanders ( Relying heavily on pledged Super-delegates) still faces a possible Criminal Indictment by the FBI based on her stealing the Office of Secretary of [State] Defense in a domestic terrorism act unparalleled in U.S. History. The White House called the FBI Probe a Criminal Investigation today within an hour of Obama's endorsement.

.[White House press secretary Josh Earnest insisted that the endorsement wouldn't be interpreted inside the FBI as a signal to let her off the hook ]
Read more: http://www.dailymail.co.uk/news/article-3634074/White-House-calls-FBI-probe-Clinton-s-classified-emails-criminal-investigation-glee-Republicans-day-Obama-endorses-her.html#ixzz4B8nEyDkz

Of course it wasn’t just a server, it was an Office. The entire and top Foreign Diplomat post of Secretary of State funneled in pats-on-the-back to her own 90% Family Charity 10% to Charity cost overhead.

That 10% must have been upsetting for them to actually give up.

If I’m childish, I’ll take it as a compliment under the sun 🎵unless ye be like children he can in no wise enter the kingdom of God. 😌❤

Those who are Clinton fans are oblivious to the macro political science picture. I’ll say Stoned Cold to the failure she represents as a sycophant of corruption. If that’s the measure of “getting things done”, murder is essentially called constitutional, robbery is a civil right, and the borders of the United States are essentially disbanded as is every office of the U.S.

Don’t look at me, I’ve never been elected. Neither has Trump., but he has promised a speech possibly Monday that will clearly paint a picture of Clinton without her make-up or $9,000.00 Armani gunny-sack on.

The Media this time, are feeding out of the palm of his hand, and you hate that don’t you? Because without the make up and the clothes, the picture is really disgusting. Its corruption that is going to be seen and shown on MSM.

Trump’s a genius at playing Democrats fun-loving game Janga! The fact you see him as drenched with Birtherism as aftershave, doesn’t remove the facts that he’s got a National Stage and may move Congress to replace any reference in Legislation referencing Earth 🌎 to Trump.

Hey, Birtherism is BIG! Democrats just haven’t used it as well, because defending Obama with it was the small picture, not the Big Picture. Now Democrats think they have eliminated Sanders they only have Hillary to eliminate Them. She’s been working on that for years!

That’s what I’m sorry about. I just was not a good enough salesmen to you about that.
Trump 17 Minutes - Victory Speech - Promises BIG SPEECH on Monday highlighting Hillary Clinton's private Hedge Fund she made out of the Office of Secretary of State.

While turn out in Primaries don't necessarily determine election result it's a 50/50 probability right now running in favor of the non-incumbent. [In the six elections where there were contests on both sides, the party with the higher primary voter turnout won the popular vote just three times. In 1976, 1992 and 2008, Democratic primary turnout surpassed that of the GOP nominating race, and the Democratic candidates won the general election.]

Here's the Link to Contribute if you'd like to Cody's Campaign improve your record for Taking A Stand for the Constitution. 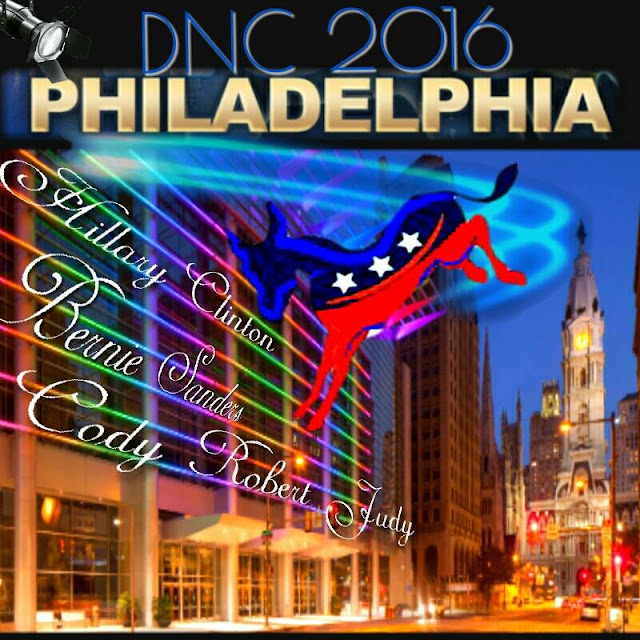 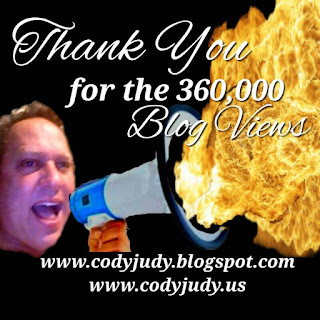 
Posted by Cody Robert Judy at 3:56 PM No comments: