Could The Birther Debate Explode In The Democrat Party on Obama? 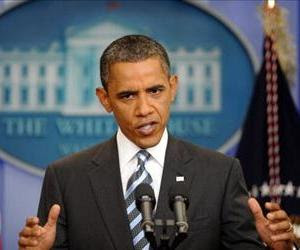 What would happen if Cody Robert Judy ran as a Democrat? Its not a stretch as Cody Judy ran for U.S. Senator in the Democrat Party in 2004, before he went on to finish as a write-in Candidate in Utah that year after, "the Democrat Party Heads chose their loser", he says and otherwise has only run as a write-in trumping an independent conservative card. A little background on Cody was covered insightfully by The Post & Email here : “GOOD MEN CANNOT SIT IDLY BY AND DO NOTHING”

This shows Cody Robert Judy is very serious about Obama's Eligibility and the Constitution he says is the key to turning things like the economy around in America.

"Many people haven't given any credit or have forgotten the Constitution created the United States and thus our economy, but it is very plain to see that deficit spending has become a key component to getting elected which has led to a departure of moral constitutional high ground that is sound. Its as if our politicians are willing to sell our future generations back into the same type of bondage that Israel was led out of in Egypt. ", says Mr. Judy, "And you cannot find a 'deliverer" within the candidates thus far in the Republican Party. While that may be dramatic as far as example 14 Trillion has 12 zeros' behind it and that is dramatic and real and is nearing a threshold of war that would make Iraq and Afghanistan look like street fights, and or enslavement of future generations."

In 2008 Cody ran for the POTUS seat as a write-in but mainly to gain 'standing' needed to clear his way through a law suit against first John McCain and then Obama. Cody said he was trying to clean up the conservative house when it came to the Constitution but the Republican National Committee refused to hear the beck-and-call. Cody asserts that nothing has changed within the Republican Party and that not a single major player in the Republican Race is willing to place the principles of the Constitution into action when it comes to Obama's Eligibility, and that cripples 1/3 of the Government through the executive branch. "That's a Big Log to ignore!" says Cody. If they are so willing to ignore Obama's Eligibility what makes anyone think they have any backbone to quit their own deficit spending?

Cody says he suspects more and more that Republicans failed leadership in candidates is connected to a lack of leadership on the Constitution and unfortunately those who rally around the R- candidates do so as more of a popularity beauty contest then a principled constitutional stand. "While the R Candidates have shown some integrity towards the deficit spending in words lately, that's the big whale they want to harpoon with Obama forgetting the Trillion spent in Iraq and Afghanistan on Bush's 2 term watch, like people are stupid, they totally ignore Obama's fraud and forgery. That's acting as an accomplis to the fraud and forgery and is a misprision assault towards citizens and future generations. The real weak spot for Obama is backbone for the Constitution and Republicans refuse to touch it exposing their own weakness; so they are silent supporters with a bet that the American People will forget their own deficit spending for Obama's", says Cody "If the R Candidates are correct we are sunk!"

If Cody Judy runs as a Democrat and takes the fight to Obama in his own Party and happens to win? What principle or Constitutional Bone would be left for Republicans? You've heard of the dog with no bone, well Republicans would be that dog and would certainly have no home! In fact with constitutional champion organizations like the ACLU on the Democrat side, as well as famed JFK who wanted to go back to the gold standard in fiscal integrity, would it be a stretch for them to swing their weight to Cody?

We suspect Obama is much weaker within the Democrat Party now then from without; more then ever with his invasion of Afghanistan and billions of dollars spent bombing Libya. With Obama's health care crumbling over realizing cost, unemployment surging over 9%, and the lack of ability to inspire businesses to spend and hire, he has lost two of his legs to stand on within the Democrat Party itself, and its not unreasonable to see the bust coming over the "gunrunner dog", and "social security fraud" colliding making Obama's Disability Congressional Hearings come even quicker.

Mr. Judy says, "Sometimes when you need to get from A to B, you don't fuss with vehicles, your objective is the priorty: Get from A to B."