A Conservative Democrat Alan Keyes for a Constitutional Stand 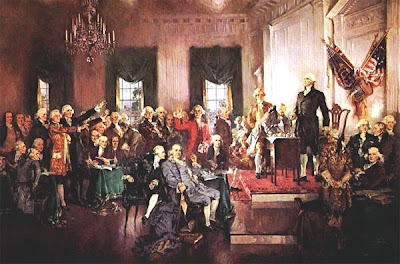 A Conservative Democrat Alan Keyes for a Constitutional Stand

That said, I would expect Allan Keyes to have no problem endorsing me for President in the Democrat primary and caucuses, on the grounds I am not a Republican Candidate yet have taking a stand on Obama's ineligibility, with standing as a candidate in 2008 and now in 2012. Oh yes, He also ought to be pleased that I was not partisan on the issue and filed in Federal Court against McCain for his foreign birth if you believe the Natural Born Citizen clause embodies "Born in the United States to Citizen parents". I would say his criticism about the Democrat Party must include me as I'm part of it running for President as a Democrat legally registered with FEC and a natural born citizen.

His conclusions fall on their face, based on a one eyed few of the Democrat Candidate(s), politically unfair, constitutionally immoral, and because Keyes is black I could include 'racist', because I'm white?

I would conclude perhaps he hadn't recognized me as a mainstream candidate because I have not been in any debates, but wait! The Democrats haven't had any because Obama won't debate!

I could also conclude that being recognized by the FEC, and President 2012 Org, having a web site, 125 videos most about eligibility, federal law court cases on eligibility, amicus curiae's in Keyes case against Obama, the only candidate in 2008 to take the witness stand against Obama under oath in a 10th Amendment Trial, an Amicus Curiae on behalf of Lt. Col. Terry Lakin, and several national stories available on my 2012 candidacy and committee formed entitled The Cody Robert Judy for President 2012 U.S.C. Eligibility Campaign, might somewhere have crossed Mr. Keyes personal vision, yet it is confirmed with his article that he himself accuses Republican Candidates of being blind, when he himself has not seen.

Mr. Keyes is a very articulate, educated, and bright minded person, but with the argument I've presented it is a somewhat clear conclusion that he himself has become part of the question, “How could the elect have been deceived?" I don’t take Mr. Keyes to be a fool because at least he has in common with my candidacy a sober conclusion that the eligibility of a president is pivotally important to our Supreme rule of law in and under the Constitution which is the only binding tie of the United States, and thus is tied directly to our economy. Our Constitution created our economy in so many ways, that it is not a stretch to say to the degree that our Constitution stands, our economy flourishes. The same math might be applied with a negative connotation- from the dilapidations of the principles of our Constitution our economy has become terribly troubled. We might even conclude domestically terrorized?

The answer may well be, (and if it is we must conclude another parallel with Mr. Keyes criticism with other Republican Candidates and himself as one who sweeps under the table the Constitutional light), “ Because they only looked at the ‘mainstream’ media for their news?

But what the heck, it’s still early enough for him to come clean with a little recognition and nudge with my request that he first- officially recognize my candidacy the same way the Federal Election Commission has, second – reconsider his analysis with the new factor, and retract from his conclusions the disparaging remarks about the two party system which indeed had good and constitutional candidates to choose from and support.

A Dose of Reality- Religion,Gender Discrimination, and Eligibility 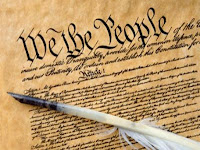 My considered answer entitled:
A Dose of Reality

A Dose of Reality

Dear One Pissed Off Vietnam Vet- First let me say how much I have enjoyed reading many of your articles and how much I respect your position and share your frustration with an unqualified occupant in the White House, that not one major tiered Republican Candidate in the Presidential Race is willing to acknowledge as a walking talking violation of Article 2, Sect 1, clause 5.

Respectfully, I would like to comment upon your stand as a Patriot and to soberly place a few facts before your consideration, which might sting a little. The Lord knows I’ve had a few facts placed before me before that stung a little, so I don’t do this with railing or accusation, but rather meaningfully in a brother to brother way.

Re: Second Paragraph- “.. bad news continues with the cancerous spread of Islam for women, who are forever reduced to second-class citizens. Muslims have a warped world view…”Muslims also spelled Moslem, is an adherent of Islam, a monotheistic, Abrahamic religion based on the Qur'an. As a Presidential Candidate representing your ability to preserve and protect U.S.C. Amendment 1- “Congress shall make no law respecting an establishment of religion, or prohibiting the free exercise thereof”, comes a question. Is your statement a blanket statement against religion in America?

Make no mistake Islam is a religion protected under this clause of the United States Constitution. Women in the United States now still endure the short end of the stick when it comes to wage comparisons in the corporate arena. Recently even Wallmart was taken clear to the U.S. Supreme Court who ultimately dismissed the gender based law suit. http://www.csmonitor.com/USA/Justice/2011/0620/Supreme-Court-dismisses-women-s-class-action-lawsuit-against-Wal-Mart , and the plaintiffs in the case were not represented as Islamic, nor have I seen your editorial about the ‘warped’ view of the public work sector which so many women in the U.S. face every day. Of course I recently saw a report of a mother in the military charging in a hail fire of bullets overhead to save her fellow U.S. soldiers in harm’s way. For her the privilege of serving has been extended to hostile actions in war where it was not so a few short years ago.

I’m sure the discrimination of women as a second class citizen can be extracted out of the King James Bible by any Christian reading that God took from man a rib and created women second, and they are upset about that. You could say God has a major law suit brewing against him for that action, but the job of the President is to protect our Constitution, and religion is a big part of that. Sure as hell you don’t stick up for Islam’s faith, pretty soon the Government comes out with an order calling all Christians who believe in the Holy Ghost delusional, and like TX-Governor Perry-R implemented in the forced vaccine of 12 year old girls, a vaccine supposedly created to prevent cervical cancer, bypassing his Texas Legislature, the government through an executive order of the President makes a drug company rich with a lucrative anti-Christian ghost pill. How important is it to protect religions as a President and stick to saying that freedom of conscience is of course allowed and extended to the Islamic Religion, however the physical implementation of actions against another human being that violate law shall receive the punishment of the law, and you know as well as I do, we have laws against slavery, against involuntary mutilation, against domestic violence, and murder.

My point is the line that is crossed between becoming a President that violates the protections of the Constitution by advocating specific and general nuisances against any particular religion is pretty clear when a specific religion is mentioned in a demeaning way. Contrary to what you imply, our Constitution is the Supreme Law of the Land, and our criminal code applies to people across all religious sects. If it is not applied it is available because America doesn’t fight religious wars. That kinda separates us from the mentality of Taliban and we shouldn’t forget it, and if we do, we indeed have turned traitor rather than advocate of our own Constitution.

Paragraph 6- “That Obama is a felon is without question, and those who disagree need to define the word “crazy”: when the brain refuses to accept facts, such as Obama’s bogus Social Security number.” As a presidential candidate I’m sure you understand U.S.C. Amend. VI. In criminal prosecutions, the accused shall enjoy the right to a speedy and public trial…. To have compulsory process for obtaining witnesses in his favor and to have the assistance of counsel for his defense.” Again the words Obama is a felon should be replaced as Obama is accused, allegedly, and charged, because it’s not crazy to say Obama’s deeds have not been tried in a court of law, accept by one 10th Amendment Trial the CIA Columbia Obama Sedition and Treason Trial of which I was a witness as a presidential candidate in 2008, who had also filed actions on McCain for being foreign born, and Obama for failing the, “to parents who are Citizens” part of the Natural Born Citizen clause. That trial did not involve Obama’s Social Security number however but dealt primarily with his eligibility and harm to the Constitution.

This brings me to the last point I’d like to make regarding what the 2012 Presidential Candidates “want America’s future to look like.” The Post and Email has graciously published 3 articles about my candidacy that is registered in the FEC as “The Cody Robert Judy for President U.S.C. Eligibility Campaign” which features Obama’s identity as a serious Constitutional crisis with my real name attached. As a Presidential Candidate yourself now, we don’t know your name and “One Pissed Off Vietnam Vet’,aka., “OPOVV”, is not your real name or the one that you volunteered for in the United States Military with.

So, your humble reader here, is left wondering wither your actually mocking the efforts of those of us who are serious about our Constitution, or wither we should laugh about your comedic skills as if voting none of the above is a choice we should make, disparaging the choice such as mine that was serious and legitimate?

As a Presidential Candidate who has been in this fight since 2008, as a non-partisan party, suing both McCain and Obama with my own hard earned coin that wasn’t cheap or easily earned, I can tell you as a candidate a few of the questions you will be asked that you must find an answer to; “Where where you in 2008? Why has the qualification question eluded you till now? What legal action did your convictions drive you towards the past 4 years besides exercising your first Amendment rights of free speech? And finally, given the fact that you undoubtedly have read the 3 articles of the Post and Email regarding a legitimate and qualified Presidential Candidate who has a record in Federal Court and has a non partisan record towards making the Qualification Question a Constitutional Issue, and not a partisan or racial issue, why have you not contributed towards that campaign a single dollar? Or if you have, how much did you contribute, or how much time did you spend promoting that if you didn’t have any money to send?

This is a question for every Patriot should ask, and one Sharon Rondeau can affirm with courage that she has spent quite abit of time promoting as a service to our country. Thank you Sharon Rondeau of The Post & Email for that courage!