The Abduction of Justice in the Rape Tape of Congress 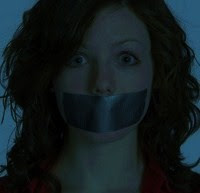 From Haiti comes an example of what happens to a society when justice is denied, when honor is forgotten, and when the actions represented mirror double standards and moral misbehavior in the seats of power eroding support for the organization. What exactly is happening in Haiti that correlates with the profligacy of Congress?
The U.S./U.N. Ambassador Susan Rice says she is “disturbed” for a whole range of reasons after a recent visit to Haiti, including allegations of a number of rapes by U.N. workers of the women in Haiti.

And she said charges of rape by peacekeepers in Haiti, which U.N. sources confirm could number more than a dozen, have deeply eroded support for the organization’s efforts to stabilize the environment of security.

“Allegations of sexual exploitation and abuse by some mission personnel have badly eroded support (for the U.N.) and undermined its work,” she said. “We are deeply troubled by these allegations and expect the United Nations to redouble its efforts to prevent any further incidents and to hold those responsible, accountable.”
One might wonder how society would indeed feel about the prisoners convicted of rape being installed as the police in every city and town. As the horror of law enforcement morphs into a decayed state of perpetrators upon the standard of law, support quickly erodes for said Law Enforcement Agencies.

Insurrection is defined as a violent uprising against an authority or government; Rebellion, uprising, or insurrection is a refusal of obedience or order. It may, therefore, be seen as encompassing a range of behaviors aimed at destroying or replacing an established authority such as a Constitutional Republic.

Violence against the Constitution to which a previous oath had been administered and taken is defined as rebellion. No greater rebellion exists than to state one is eligible for the Office of the President upon fraudulent and forged documents of identity placed on the table of honor. Is that something Democrats and Republicans and Independents can agree upon?

The lack of progress in Congress in recognizing what more and more Americans are seeing, and bleating, and blogging in things like the Georgia Superior Court fiat endorsing Obama as an eligible candidate to be on the Ballot in the face of Georgia law, the Constitutions demand for a natural born citizen, and in the face of law enforcement agencies actual commissioned ‘cold case posse’ findings that probable cause exist of fraud and forgery on a number of identification documents recognized worldwide to be released from the hand of the occupier, is tantamount to eroding the trust of the people.

Not quickly holding those responsible with hearings and investigations of the same is tantamount to eroding the public trust while watching the rape of law abiding citizens.

Men, women, and children raped of the decency of the Constitution’s demands for a natural born citizen by Congress; in session, out of session, but mostly agreeing with the incest-taboo tendency that the Constitution doesn’t demand one who is born in the United States to citizen parents and really not giving a damn about Sheriff Joe’s cold case posse conclusion in a six month investigation that probable cause exist that Obama has multiple identification sources forged.

Why haven’t The U.S. Representatives and The U.S. Senators in charge of the respective Judicial Committees called for immediate hearings issuing subpoenas for Sheriff Joe Arpaio’s cold case posse investigation results to be brought before them? http://www.wnd.com/2012/03/sheriff-joes-posse-probable-cause-obama-certificate-a-fraud/

Why haven’t the U.S. Representatives and The U.S. Senators in charge of the respective Judicial Committees called for immediate hearings issuing subpoenas for Cody Robert Judy’s testimony in the Georgia Superior Court as a Presidential Candidate asserting legally with standing the facts against Obama’s eligibility as seen in these documents for the sake of integrity within the Presidential Race:

2- Motion for Disjoinder ( Necessary step that the Court informed me needed to be done immediately if they didn't respond- Roth, MacLaren, and Lax didn't) ( 4 pages 180 Reads)
http://www.scribd.com/doc/82908355/Motion-for-Disjoinder-in-Farrar-Judy-v-Obama-Kemp

4- Response To Motion To Dismiss ( 319 reads 18 pages)
http://www.scribd.com/doc/83474362/Response-to-Motion-To-Dismiss-Barack-Obama-Georgia-Ballot-Challenge
Are they intent at eroding the rule of law into a lawless state where rape and plunder replace civility?

One thing for sure; Congress maintaining their present course of hears no evil, sees no evil, does no evil is certainly the course that will continue to erode the trust they have been given by the American people in much the same way as the U.N has eroded the trust of Haiti citizens who looked to them for peace and found nothing but the abduction of justice instead of the adjudication of justice.

This Georgia eligibility case is the very first in the Nation to link officially the law enforcement agency of a Sheriff Joe Arpaio's "Cold Case Posse" six month investigation and findings of "probable cause" that Obama's long form birth certificate released by the White House is a fraud and that Obama's draft registration was also a fraud.

Posted by Cody Robert Judy at 9:17 PM No comments: Links to this post