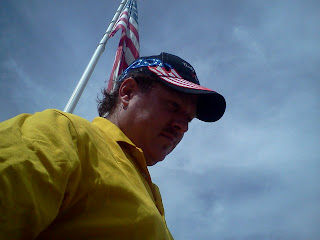 Had a dream last night that I used my cell phone to call 911 twice on two separate, but related incidences, on a robbery and authorities would not respond. Left me with an ominous feeling and I thought this morning when I woke up that it was as bad as authorities not responding to Obama's fraudulent identification and non-natural born citizenship status. When the law fails us we are alone in times of trouble. When the people we have entrusted to enforce the law fail to do so, the law indeed has become corrupt. Its a bad feeling and a tragic societal suicide that comes in ObamaQuake. I just have a bad feeling we're headed for a pit of hell unparalleled in our Country.

It seems troublesome at best especially in the wake of this news about such gains with the Dow also touched a record intraday high at 14,716.46

In the past whenever I've dreamed of a cell phone its signified for me that I was pretty tuned in and receptive to what was about to happen. This accompanied with the two repeated 911 calls lets me know their is a BIG lesson headed (my) or our way perhaps the authorities haven't even seen coming?

You know I wouldn't wish it on anyone but I know when our Government aligns itself against the Constitution, somethings going to give and I don't think its going to be the Constitution that carries so much valiant blood with it.
Posted by Cody Robert Judy at 2:16 PM No comments: