SCOTUS ELECTION CHALLENGE Presents: The Compromise of the Sovereignty of a Nation 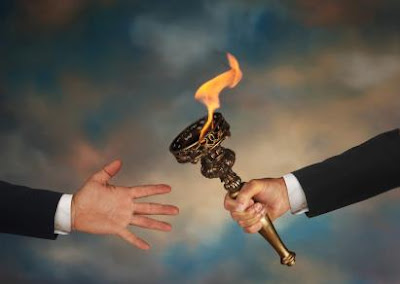 SCOTUS ELECTION CHALLENGE Presents: The Compromise of the Sovereignty of a Nation


Psalms 35:30-The mouth of the righteous speaketh wisdom, and his tongue talketh of judgment. 31- The law of his God is in his heart; none of his steps shall slide.
v.39 But the salvation of the righteous is of the Lord; he is their strength in the time of trouble. 40-And the Lord shall help them, and deliver them: he shall deliver them from the wicked, and save them, because they trusted in him.

Shall we allow a few States of the Union to enjoy the benefits of a little slave labor like China does? It might save us a little gas on importing things if we just compromised a little on a few selected minorities. What would be wrong with that? You know a lot of the slaves in America said they were very happy with their masters?
Twas a heavy burden that President Abraham Lincoln bore in the judgment of sacrificing 620,000 lives in the cause of the future freedom of every man in America. The United States Constitution is celebrated in the 13th Amendment with more gratitude by the minorities it protected and set free, than by the majority. Often the value of a freedom is gained by the experience of the loss of it.

The Civil War may be over but the battles continue on both sides of the coin in America. Shall the State take over the custody of a women’s body in a type of slavery, forcing her to full term of an unwanted pregnancy? Shall an anchor baby, naturalized citizen, or a duel parented citizen like Obama for instance, of the United States be given the right as a ‘natural born citizen’ to aspire to the Office of the President?

The convenient term of “discrimination” has been slapped upon America as the whip of hope and change in the cessation of the principle of our Constitution’s demand for the Office of the President. Is it the minorities who see discrimination in the wisdom of our founding fathers that only for the Office of the President and Vice President was the qualification of a “natural born citizen” demanded, exterminating any foreign allegiance by birth or by parents, as the law of nature claims: born in the U.S. to Citizen Parents?

So have I sued or taken issue with every white Republican who was running or thinking of running for President who was not a “natural born citizen” i.e. John McCain, Rick Santorum, Marco Rubio, Bobby Jindal? Yes, but that’s not good enough?

So why the underhanded stick of discrimination by the media in SCOTUS Judy v. Obama 12-5276, or the blood splashed on my car or the foul and disrespectful language for me as a Birther and defender of our Constitution? Is it really just for Obama?

Well, it’s not for Blacks, or Orientals, or Latino’s or any other nationality or minority, because they can all as they are born in the U.S. to Citizen Parents, qualify for the Office of the President under the Constitution’s demands for a natural born citizen. So we are left to understand this whole cotton-pick’n thing is really just about one man whose name is Obama or Barry Soetoro.

So what are we to gather here? People who don’t care about the “Natural Born Citizen” clause of the Constitution for the Office of the President really are fighting for a return of slavery or abolishment of the 13th Amendment? Is that it? They’d like to enslave women and a few minorities with them?

Instead of “Qualification”, anti-birthers read “Discrimination” into the Constitution? Now what would cause them to do that if their motive was pure? I don’t think “ignorance” or lack of knowledge really qualifies in this case although it might in some cases, but what I can assure in their positions is this.

That if the Office of the President is compromised by a foreign influence, which is in fact discouraged by the qualification feature of the demand for a “natural born citizen”, (which by the way excludes dual citizenship), it is not for the cause of freedom and liberty, but for the cause which besets so many other Nations ruled with tyranny and subjugation of peoples and their properties.

If it is not for the cause of freedom and liberties established in our Constitution as inalienable rights for our citizens to enjoy, then it’s formidably understood why Obama wants to increase your taxes and diminish the Constitution. Swearing an oath to the Constitution as a violation of it, makes Obama’s lie, the extent he’s willing to compromise what he promises you.

“What will the poor serfs say?”, if everything Obama’s says is a lie? What will they do if for the greater good of 300 million people, Obama extinguishes the second amendment rights over the deaths of 300?

Obama’s language, “that for the greater good something needs to be done”, should be understood to mean the opposite of the greater portion of the population in America; because in his mind the greater good extends to include the whole world not subjugated under the United States Constitution, with all of its checks and balances, but under something most would say is much more exploitative of America as a sovereign nation.

If you haven’t got the picture of what America looks like without the Constitution, or with the Constitution compromised, you have no understanding or respect for freedom and liberty, taxation without representation, or the extended promises of politicians to sell America’s future generations into bondage through the national debt with absolutely no intentions of paying it off while they are in office.
http://www.youtube.com/watch?v=9fNjSTFI7_I

If you don’t think the Constitution’s important Congress and SCOTUS, then by all means retire your positions which are founded in the document along with our principles as the Supreme law of the land. Without the Constitution there is no Congress and their sure isn’t any need for a Supreme Court of the United States respectively as a Legislative and Judicial Branch check to the Executive Branch. As the Constitution goes, so do you.

Thanks for Passing it on, supporting or contributing in any way you feel you can.

http://www.supremecourt.gov/Search.aspx?FileName=/docketfiles/12-5276.htm
Posted by Cody Robert Judy at 7:41 PM No comments: