Neanderthals ,Judgeships, and Commentators of Democratic Party Glee Entertain for Cruz and Obama


Didn't we fight a Revolution over this? It was the perfect answer to the lead commentators absolute ignorance of the Constitution and a perfect example of why the only people the press have to fear ruining a free press is the press themselves.

Fox News Bret Baier: Dual Citizens can't be President is a perfect example of the complete and total lack of any understanding the press has of the importance of the qualifications of the President of the United States. Is it a lack of understanding, complete ignorance, or a complete loss of brain function mixed with arrogance as it relates to the history of the United States fighting a revolution to become independent of England?

Yes, there really was a commander named George Washington. There really was a King George in England who decided his coffers needed to be padded a little bit more in raising taxes and controlling from afar the fledgling nation of America without representation. There really was several instances where the King decided those representing the population in the States were not doing his bidding well enough and he dissolved the entire represented and elected local Representation and demanded new election for new representatives to his Majesty's Service.

Charles Krauthammer actually has to remind this dim-witted lead commentator, and who on God's green Earth would consider this an,(did I read that right), "An All Star Panel". Hellacious odorous excrement, this dumb ass says "Who says" when told you can't be a dual citizen and President of the United States then goes on to urinate and vomit all over himself by stating "He's a natural born U.S. Citizen" when he has no clue what he's talking about.

You can see what education can do for a person just watching this complete moron making a total ass out of himself and Fox News, because he sure isn't playing good reporter - bad reporter with Bret Baier, is embarrassing to any form of journalism, and I'm a bad speller saying it to boot! Then, as he sets himself up stating that Ted Cruz is completely eligible for the presidency, Charles Krauthammer see's the biggest cheesiest soft pitch coming at him he just cant refuse.

Krauthammer says, "Well, I know my history a little bit better than you do", and proceeds to wallop him with a tale of a Revolution with England and the United States fight for Independence and our own sovereignty. It really is mind boggling to see such infant intelligence on a supposed "All Star Panel" on Fox News. If it wasn't so down right crazy it might be laughable but this guys completely serious about defending a dual citizen as President of the United States and completely bewildered as to why that might not be such a good idea: Hint Hint Another countries control over our Nukes!

He's totally bewildered as to why Ted Cruz would back down and try to renounce his Canadian citizenship but alas let us not digress on this, at best bewitched escapade of a commentators lack of intelligence, because he either went to the wrong school, perhaps a pre-common core school where 3 x 4 can equal 11 if you can come up with a logical answer as to how you come up with that, that also provides wondrous reason why parents are having cows about sending our kids to a public school in the future, or he just skipped history entirely from kindergarten to High school and College?

Perhaps,we can excuse this pathetic excuse of journalism as entertainment, but what we can not do is excuse the Judges of the United States of America who have demonstrated their brains to be half man half calf in not giving standing to a candidate in the race for President who levied charges against Obama that he was not a natural born citizen with proof he was not born in the United States to Citizen parents! That is not entertainment.

I have to give the Judges their due rights of law, who excused Obama cases on eligibility challenges because of a lack of standing. That is indeed the law, but for the absolute Neanderthals 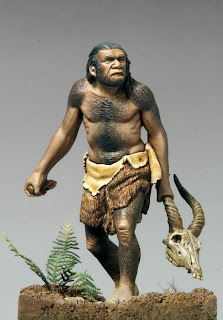 who presided over my cases from New Hampshire and Georgia State Supreme Courts to the U.S. Supreme Court in Judy v. Obama 12-5276, I can't excuse them because they are not entertainers but sitting in Judges seats who have swore an oath to upholding the United States Constitution and their very jobs and positions demand that line in the sand as an advocate and defender of the Constitution.

Now Obama has been dunce-boy-usurper

for five years the greatest wail of Birthers being heard across America is those Democrats feeling the creepy crawl of Senator Ted Cruz entering the race for President. Yes, you heard it right folks Democrat Birthers. They existed in Hillary Clinton's circle and they were bitterly silenced for the god-king Obama but now Obama is damn near a lame duck Democrats have seen the retching of hands the Republicans have been planning for 5 years as they surmise Obama was just the ticket they needed to launch their own diabolical catheter into the trembling public.

Let's see who has the most to gain from there not being any difference in the qualification of a U.S. Representative, a U.S. Senator, or the U.S. President when it comes to being a Citizen verses a Natural Born Citizen and understanding the difference between the two is the Natural Born Citizen must pass a two prong test set indeed at the highest level for the National Security Interest that filters two full generations in the candidate by demanding 1)Born in the United States 2) Citizen Parents - both parents must be Citizens of the United States at the time of Birth otherwise you cut the two generations down to one generation and run a fence over the national security interest allowing dual citizenship. Its that simple.

Democrats
Barack Obama - Maintains a Kenyan Citizenship through his father at the time of his birth and by the fraudulent long form birth certificate has never proven his birth in the United States Judy v. Obama 12-5276 U.S. Supreme Crt [2012] [2013]

Hummm..seems the Republicans will eventually come out on top of this little fiasco as there seems a 6:1 Ratio providing for us the reason Republicans have been systematically ignoring Obama's own lack of eligibility- Its for the benefit's Obama will provide to them in the future for hell sake Democrats.

How do all you conservative constitutional Republicans feel about that? The better question is to Democrats though, all those executive orders Obama's signed and all that legislation social control in the arms of a Republican President are going to saddle you with the worst horror you have ever known. You can almost see the nostrils of the Republicans flaring for revenge and power and glory over the last 5 years or however many Obama makes it. Just think of Glenn Beck in his Nazi hat with nostrils flaring running over you. Yeah, your beginning to see the picture.

In the perfectly canny Ted Knight voice you all remember, "I'm beginning to doubt now that Obama will make it to the end of his last term before he is asked to resign by Congress as a Disability per USC Amend 14 Sect 3, for the sake of the Democrat parties future and as a sacrifice that is necessary to curb the Republican army of candidates that are indeed not qualified as natural born citizens. Obamacare certainly manifesting itself as a disaster has been put on the 2014 afterburner, there would be no embarrassment that already hasn't manifested itself if you know what I mean." If you don't remember Ted Knight you gotta watch this.


Democrats better start thinking fast as Joe Biden aka Ted Knight(74 yrs old in 2016) threatens to overtake Ronald Reagan (73) as the oldest President to begin a term, if Obama is allowed to maintain his usurpation, it will seal in cement the Democrat furor and any conviction of the Constitutions' demand for a natural born citizen or the Constitution as a whole. The Democrats absolutely lose the Civil Rights war and the mantle is up for grabs to the horror of Martin Luther King Jr. whose rolling over in his grave over Obama's seditious insurrection.

Will Democrats in the U.S. Senate and the House see the light before its too late, or will their light be allowed to extinguish on Reid's watch with the lasting horror of the first "white-black" President who was convicted of handing out a long form fabrication for his identity to the press for reasons reporters and commentators don't even understand now days?

Will Republicans who have ate the squash cooked by Obama for 5 years and dug their own pit finally realize that lowering the Constitution's standards for President is about like lowering the ground underneath you until your in a grave yourself? These will be the powerful questions commentators and reporters of the future will lay their hands on and pray over, if of course that doesn't become illegal.

I firmly believe the winners in this escapade will be the Independent Voter Coalitions of America that will emerge from the battle unscathed and with a greater understanding of just how important our Constitution really is for the every day life of every American Citizen. Perhaps our victory will not be seen in 'winning' a court case or having a Congressional Hearing take place, but our victory will come.

Perhaps, our victory will be seen as merely sitting back and watching the Democrats and Republicans bash their own brains out and although our retreat didn't resort to burning the Nation down, our cause will be part of building her back up. Thank you to all you Birthers, I'm so very proud of you for maintaining your principles and your honor in respectable way. Their is honor is that distinction that will be one day proudly rewarded. God bless You and keep the good fight up!


Posted by Cody Robert Judy at 8:12 PM No comments: