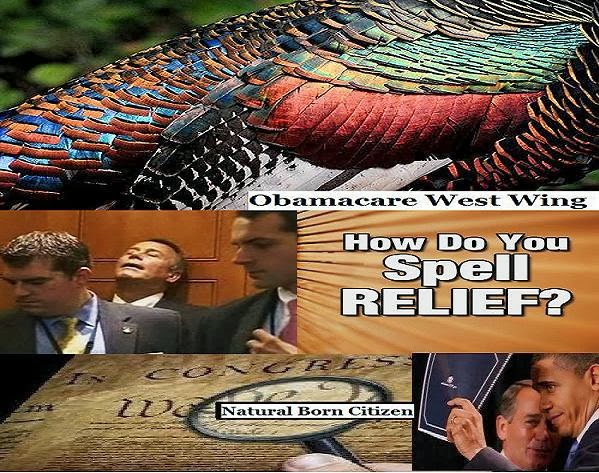 Thanksgiving approaches, I begin to think about all of the many things I am grateful for. I’m patting the back of my sleeping son thinking about the men on the battlefield in our Revolutionary War. Fighting for idea’s, principles, and standards that were Revolutionary that were yet to be penned in the United States Constitution, they died on the battlefield I’m sure wishing they were home with their wives, children, brothers, sisters, mom and dad.

The sacrifices they made were ultimately for the love of their families in the future. It had to be or their sacrifices, and the United States for that matter, were indeed a lost cause. How could they know or have an inkling of an idea that they were fighting for what would become the great world power on the backs of their valiant efforts.
That war ended but in a way it never has ended. Since the birth of the United States of America a constant barrage of hatred, scheming, back-stabbing assaults, and fights have come to be known as American history included in both our foreign domestic affairs.

Our standards burn bright but there never seems a lack of individuals who are willing to cast aside those standards of law both from within and without. In 1769 the Revolutionary war had just finished and President George Washington called for a day of Thanksgiving. It wasn't supposed to be an annual thing, nor was it until 1863 Nov 26th in a speech given by Abraham Lincoln he inviting and declaring that the last Thursday would be considered an annual Thanksgiving. Roosevelt changed in 1939 the day to the 3rd Thursday hoping to stipulate the economy with more shopping days between Christmas, but in 1941 the effort was declared a bust.

The Birth of our Nation was forged in gratitude for just a “chance” an “ un-compelled opportunity” that was not insured, and those Birthers were around to take a stand against tyranny; against the dictates of a king, against taxation without representation, and certainly against the state sponsor of any particularly named religion. The broad strokes of an American standard were indeed not polished at first light but over time they have shined throughout the entire world.

We the families of those fighting in the Revolutionary War have lived to reap the reward of those who had their last meal in the trenches of war amid the meagerness of food, clothing and bedding. I cannot stand not to be grateful for their Herculaneum courage and sacrifices.

The fronts have shifted a bit but there are those who indeed say one thing and do quite another and the one that comes to my mind right now is this one “You can keep your insurance” while millions have received cancellation notices. It’s estimated by next year over 160 million will have their insurance canceled in one form or another and its all due to a short two year period when Democrats ruled all three Branches of Government from 2008 to 2010.

Withstanding any form of negotiation from Republicans, the Usurping Administration grabbed hold of power and decided to abuse it in removing freedom and employing force, in removing choice and employing the lash, in standing for mandates yet ignoring the standards of the Constitution.

We Birthers declare Obamacare is a compromised constitutional act without the signature of a President.

You know to all this fuss about losing your health insurance the Birthers are just shaking their heads telling them “I told ya so” and yet the Mainstream Media still won’t acknowledge the actual qualifications of the Office of the President declared and mandated in the United States Constitution as the law. They hear Barack Obama say “We are a Nation of Laws”, but they deny the very principles and standards that have brought them so many blessings.

Obamacare is unsealed, unlawful, and is not the standard by which we as Citizens of America have employed. We didn’t give the power to our Government Leaders to usurp the Constitution – We gave the power to protect and defend and preserve it.

So, when reasonable standards of law are ignored and Congress has gone crazy to the point of not even being able to defend our nation with a natural defense the first Birthers like our first President Birther George Washington and first United States Supreme Court Justice Birther John Jay as well as all the framers and founders who signed our Constitution like Birther Thomas Jefferson and Birther Benjamin Franklin administered to us in the natural born citizen clause for the Office of the President in the Constitution, we must consider the standards we valued for our politicians a little crazy. Maybe, and I speak to all those conservatives of the Republican and Democratic Political parties, we need to re-evaluate our standards of said politicians, because if the standard that is set is not in harmony with whose in Washington DC we are toast?

When the leaders in Congress fail to employ the law “We The People” have administered to them they are in fact law breakers and property takers which amounts to nothing more than criminals of the law. We plead for them to be reasonable and employ the law. How many hundreds of millions of our Citizens will they ignore?

Congress has on their desks, and has not dismissed as of yet using, my lawful testimony seen here and here as a complaint of the direct damage the violation of this natural born citizen qualification law has imposed. As the only candidate for President in 2008 and 2012 who sued R-AZ. Sen. John McCain and D. IL. Sen. Barack Obama in all of America I am proud to uphold the standard and principle equally between both parties all the way up to the United States Supreme Court in Judy v. Obama 12-5276 who refused to give me hearing presumably based upon it being the “job of Congress” to give hearing on such a matter affecting greatly the election process, but affecting even more now with distress from healthcare.

So let ALL OF AMERICA judge herewith wither the Republicans, having the power of the purse strings in the House as a majority now, are sincere about eliminating the pain of 160 million people losing their health care over the next year, by simply employing the law of a qualified President rather than ignoring it by simply opening a hearing on Obama's eligibility with boldness for transparency, or wither they have also become so corrupt that their pointing fingers at the Democratic Party, whilst they can do something about it, doesn't make any sense.

You know I’d love to take credit for the brilliance of demanding a qualified president sign into law any ACT of Congress unless overridden by 60%, but I can’t. That was administered to us by the People and their representatives and has stood the test of time with literally hundreds of assaults as recent as 2000.

Why Sen. John McCain would actually need to team up with Sen. Hillary Clinton and Sen.Barack Obama after it failed to change in 2000 in a Senate ACT or NON-BINDING RESOLUTION 511 to say he was a ‘natural born citizen’ if he already was a person Born in the U.S. to Citizen Parents is a testament of holding themselves as individuals above the mandates of why we elected them?

What possible motivation besides EGO and POWER would either Sen. John McCain or Sen. Barack Obama have in skirting the lawful requirements to the Office of the President if they actually were qualified? I am so broken hearted over that handshake that took place that basically said with a wink, “We won’t require the law on your candidate if you won’t require the law on our candidate?”, but it’s probably the biggest reason America needs a third party President now.

If absolute power corrupts absolutely, its past time to even consider any of the elected people in Washington DC who have missed the biggest fraud upon the voting citizens in United States history. Whatever you do or may have against me and my past, I at the very least didn't miss that on either side of the isle and I hope that is a measure of trust between you and me.

They conspired against the American People in that handshake and they ‘hood-winked’ the law. Of course America has millions of people breaking the law speeding down the freeway right now and some will get tickets from the small police force but most will get away with it, but the example to remember that's been set up by Obamacare is that everyone will get caught. Everyone will get a ticket or get fined. They want the law equally applied right..accept for those given exemptions?

I still maintain that someone creating a law for everyone to be penalized by, should also be held accountable to indeed the Supreme Law of the Land applied to everyone in the natural born citizen qualification clause, that seems fair; more especially as it spells RELIEF for so many Americans who are suffering in losing their insurance or having premiums raised through the roof?

How do you spell “Relief” America.. very simply you spell it NATURAL BORN CITIZEN and the testimony fairly applied to both parties by me, - CODY ROBER JUDY.
http://www.youtube.com/watch?v=ITCr420K4i8

Have a wonderful Thanksgiving and know that I am here for you, fighting and defending, preserving and publicizing as best I can the remarkable gift of the Constitution which just keeps on giving to us so much of what we are grateful for this Thanksgiving. I love that snowmen fall from the sky unassembled, meaning the wisdom of God comes down and it’s our job to assemble and put the principles together as a standard of freedom and liberty.

Let me leave you with a couple of soul searching quotes from Henry Van Dyke: “As long as habit and routine dictate the pattern of living new dimensions of the soul will not emerge” and “Use what talents you possess, the woods would be very silent if no birds sang there except those that sang best”. While your kicking back watchn' the game on Thanksgiving with your bag of Doritos keep an ear open to what happened to me last time I opened a bag.

You Can Help Me
[ If you would like to help Cody Robert Judy in his bid for upholding the Constitution in “America’s Birther Campaign”, or ABC Campaign ,which highlights the United States Constitution with information and education for voters to understand the tough questions politicians should be answering in 2014, and in the coming 2016 election for the Office of the President please make a contributions here:
Sincerely,