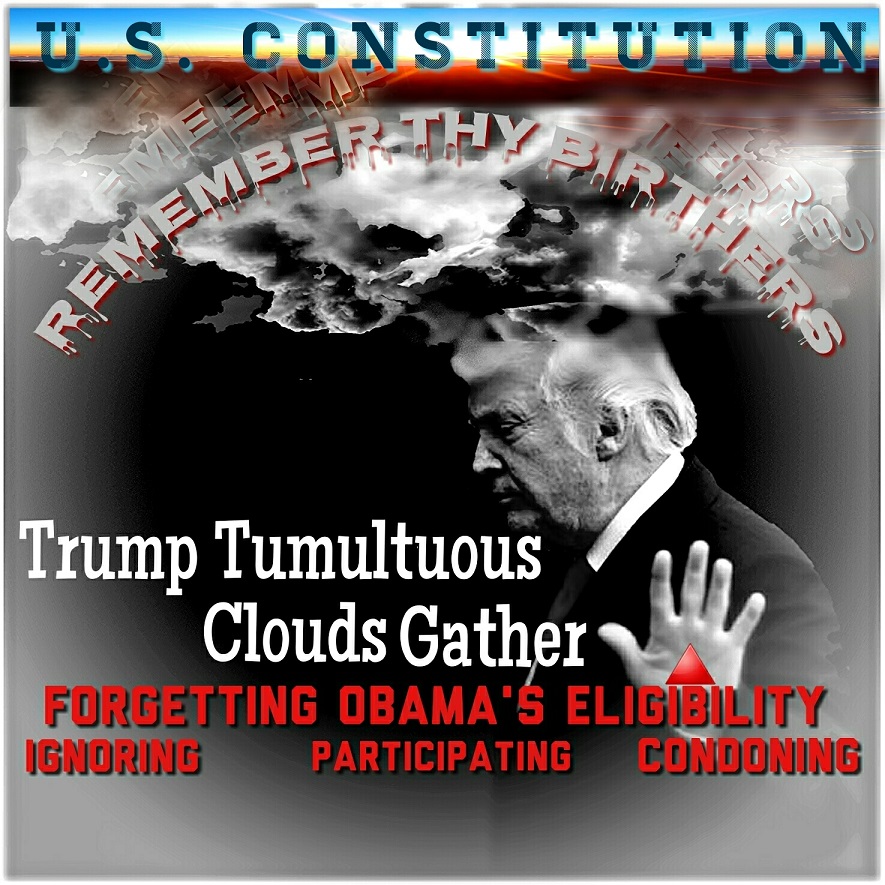 Hundreds of millions of Americans are watching. The biggest stage in American Politics is the Office of the President, and Republicans are now in the cross-hairs of witnessing, grappling, and evaluating the man they Elected just six months ago on the brink of formal impeachment hearings with the alleged WaterGate Type stumble President Trump made in the alleged hazy clouded lines of obstruction of justice. In the proceedings against former national security adviser Mike Flynn after just 24 days on the job, the May 9th firing of FBI Director James Comey, has now become the focus based on statements in meetings and inferred as recorded by both President Trump and allegedly Comey in some fashion.

President Trump tweeted Comey better not become a lose cannon to the MSM with the threat:

"James Comey better hope that there are no 'tapes' of our conversations before he starts leaking to the press!" wrote Trump at 8:26 a.m. Friday.

Afterwards, NYT reports of Comey Meetings  allegedly  reported a Memo he wrote a day after his firing of a meeting with President Trump as:

Mr. Trump’s request is the vague evidence that the president has allegedly tried to directly influence the Justice Department and F.B.I. investigation into links between Mr. Trump’s associates and the Russian Government in an ongoing narrative the Democrats have pushed hard.

Late Tuesday, Representative R-UT Jason Chaffetz, the Republican chairman of the House Oversight Committee, did demand that the F.B.I. turn over by May 24 all “memoranda, notes, summaries and recordings” of discussions between Mr. Trump and Mr. Comey which should air the Truth of Comey's Witness. Acting FBI Director McCabe under oath recognized no interference in FBI Investigation to specifically asked questions that seem to back Trump' s assertions.

The U.S. Justice Department, in the face of rising pressure from Capitol Hill, named former FBI chief Robert Mueller on Wednesday as special counsel to investigate alleged Russian interference in the 2016 U.S. election and possible collusion between President Donald Trump's campaign and Putin.

Vice President Mike Pence announced a new Leadership PAC "Great America Committee" seen by many to be a War Chest for Election Wednesday. Just a few days ago Hillary Clinton announced a new fundraising CHARITY 401(c)4 "Onward Together" that allows for donors to remain anonymous, and for donors to give all they want. Democrat Fundraising for Congress has surged with more steam than all of MT. St. Helen in 2015.

Many don't remember 18 1/2minute gap that served as incriminating evidence in the Nixon Watergate Scandal that lead to President Nixon's resignation from the Office of the President.  This is the sort of thing that Trump opened himself up to inferring 'Comey better hope there were no tapes of our conversation'. That statement opens up the question for Congress to subpoena White House Tapes in an investigation and Comey's alleged Memo has already met with a Congressional subpoena.

Trump supporters may not realize the Tumultuous Trump Clouds overhead or even how Trump could open himself up to such until they realize Trump's mouth may have gotten him in to the White House but it could also be his mouth that ends his term prematurely. 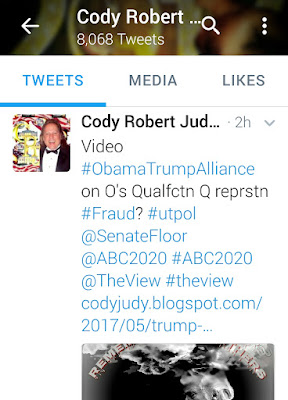 It's true, besides Trump's Interview on The View wherein the only thing that was discussed was President Obama's eligibility and Trump's repeated phrase "I think he should show his Birth Certificate" which garnered him boo's and hisses, Trump outside of the bullhorn arena has done nothing as or in an Elected Office before becoming President of the United States besides write checks to both Republican and Democrats who were in Elections.

When he did enter the President Race of 2016, he all but suspended The Birthers View when just a month and a half before the 2016 Election and prior to the final Sheriff Joe Arpaio Press Conference held December 2016 presenting 9 POINTS of FORGERY on Obama's Birth Certificate, Trump said,


"President Obama was born in the United States — period," Trump said after a campaign event featuring decorated veterans endorsing him.

What has not been widely reported by the Media was the apparent collaboration between Trump & Obama that culminated in what very well may have been Trump's Compromise on Obama's Eligibility in a Business Favor from Obama while in Office. Of course this would implicate both men in a Fraud against the Constitution of the United States of America, with the America People paying the stiffest price in Fraudulent Elections and compromised Votes.

The clearest evidence remains the timing in which Trump went on The View and also Received the bid to remodel the Old Post Office, from Obama's newly appointed GSA Director, which became the 9th Trump Hotel in a bidding war that resulted in shock to much bigger Hotel Bidders involved in the coveted property detailed from the 9minutes 30 second mark on the Video Rewarding Forgery Awarding Fraud.


What the Obama-Trump-Alliance did was compromise the U.S. Constitution and "moot" Trump's leverage of Obama's Ineligibility. At the same time Trump was being called a 'Racist" by the MSM for standing up for the Constitution's Qualifications for the Office of the President, he was being paid to weather the racist storm in the lining of his pockets with a coveted property.

What Obama never thought Trump would do was actually run or be President, and that the underlying 'Birther Claim' Hillary Clinton shot out in Debate, would catapult him into the Office of the President by good ole fashion Americans who saw the 'racist' label unwarranted in a stand for the Constitution's Qualifications for the Office of President. Trump maximized his leverage, but angered those who he'd made the bargain with in getting more mileage then they had suspected in a way that may have touched the devil's rage in purgatory.

Trump may indeed be the recipient now in MSM's vitriol and Congress's Cross-hairs of what amounts to crossing the devil's divide. Countless Obama and Clinton Scandals have gone without Hearings or been all together recognized and watered down to hazing kids just having fun. Trump in the devils due, may instead receive a hypocrites reward in giving ground he should not have given, and in taking ground for a price that outrages Americans.

Sheriff Joe from the get-go was a great supporter of Candidate Trump I think based on his perception Trump was an outsider who could actually push the Washington DC Republican and Democratic Party Establishments off their Obama Cover-Up Game.  After Sheriff Joe's December 2016 [9 POINTS OF FORGERY Press Conference], where was Trump in that Constitutional Resolve? The answer was "no where to be found" and "silent".

Trump's idea that he could actually double deal the devil AND hire him to work for him in Washington DC, may have pitched well to the mirror, but in the leaks out of the White House to the Press, has really amounted to a double barrel shotgun blast through a pale he hoped to carry water in delivering his promises. It seems now Trump's fighting his own hand-made Establishment from both Republicans and Democrats who surround him and "they" are using the MSM to reign Trump in.

We all know the devil has a lot of tricks up his sleeve, and the Washington DC Establishments are not without past years playbooks with "Nixon Blues" playing on their minds. The biggest problem for Trump may indeed have been not understanding "the job" description in his first Oath, not as a businessman, but as a President charged with preserving, protecting, and defending the Constitution of the United States.

Trump said as a Candidate he wanted to give back to a Country who had given so much, but he has failed to take a stand on the qualifications for the Office of the President citing like Obama when he finally got in the Office, "more pressing matters".

Well, when it comes to the Office of the President of the United States of America, and the occupation of it by foreigners to the qualifications of the U.S. Constitution, Trump may very well have an argument with God ghosting him rather than blessing him not to stumble and fall or in other words turning him over to the devils deal he thought he had won or could beat?

I am reminded that as a Birther I'm no stranger to the rain and robbers are not required in the Office of the President, but courage and commitment for Principles are. I hope you will encourage Trump to Restore the Constitution. Allowing Obama's Influence in his Administration and keeping the people around who were part of a usurpation, has been and might be Trump's Burnt Toast and the end of Trump as President. Taking that seriously is not hard to comprehend when you see what's happening.

As Birthers have been put out in the cold rain when it was really coming down, and have been sacrificed by brothers and crucified by lovers, through it all , we've endured the pain. So were the Patriots who brought to pass this New Nation. Please consider a contribution to Cody Robert Judy who has been there from the start and has the last Action of the Birthers in the Tenth Circuit Court and SCOTUS, but the first Action against Obama since leaving the White House in the peaceful transition. See and read the Details in the stories below from The Post & Email and the Brief filed in the Tenth Circuit below. 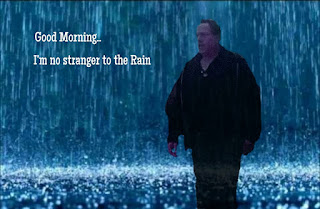 
Posted by Cody Robert Judy at 1:03 PM No comments: