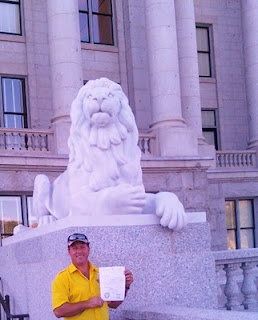 Re: Amicus Curiae on behalf of the defendant Lakin


• Cody Robert Judy was a candidate in the 2008 elections for President of the United States, who has filed litigation in two Federal Courts regarding the qualifications of Sen. John McCain, and Sen. Barack Hussein Obama who now occupies the White House. Here are the following Internet Link in support:
• http://www.codyjudy.us/crj4ussenatorut_031.htm Judy vs. McCain
• http://www.scribd.com/doc/22288917/Judy-v-Obama Judy vs. Obama

Cody Robert Judy also recently testified in the CIA Columbia Obama Trial as an injured presidential candidate, who by being in the same Presidential race as Obama has standing, and who swore to tell the truth at the trial where a 10 Amendment Court was held, a Jury selected, Defendant’s were served and given the chance to defend themselves, 6 days of trial witnesses and evidence were produced, and the Jury rendered a guilty verdict on 17 accounts ranging from fraud to sedition on Barack Hussein Obama, Michael Sovern, and Columbia University. The closing arguments are here:

(a) No charge or specification may be referred to a general court-martial for trial until a through and impartial investigation of all the matters set forth therein has been made. This investigation shall include inquiry as to the truth of the matter set forth in the charges, consideration of the form of charges, and recommendation as to the disposition which should be made of the case in the interest of justice and discipline.

a. While the Federal Courts have an interest in procuring justice in the matter, the technicalities of those courts and whatever rulings have or have not transpired do not apply to facts and information relevant to this matter. So it is that this court may also consider whatever evidence it seems true and faithful to the U.S.C.

(b) Your statement in paragraph 6 making a unilateral ruling on the role Congress may or may not play in any eligibility determination is incorrect. Obama has been sued prior to his (presumably) legally becoming President since he had never shown himself to be legally eligible to hold that office and in fact lied on his Declaration of Candidacy. Your pretense that somehow Congress could impeach a person ineligible to hold office actually is contrary to what would happen in the matter of an ineligible person who was sitting in the presidential seat of authority as a usurper.

(c) The Frame Work necessary to straighten the executive branch should be recognized by this court as a matter of jurisprudence, and if there exist evidence that would release the charges by statutes of compliance towards duty, that should be considered equitably. If there is one advantage of a military court, it is that of examining evidence and testimony minus the political fever at large. Now I challenge this court to hear my testimony, and to examine the evidence herein as a matter of defense for Lt. Col. Lakin as I do have direct standing in the matter which surrounds the issues with which he is so charged with, and I offer myself as witness for his behalf feeling it would be beyond my ability to withhold my testimony as a natural born citizen of the United States who has standing in the 2008 Presidential Election, in the defense of the same military which is sworn to protect me and uphold the United States Constitution.

(d) The Frame Work of the CIA Columbia Obama Trial held in Harlem, NY May 14-19th 2010, brought a comprehensive and collection of evidence never before packaged in such a way at great cost and sacrifice and should be presented for Senate/House Congressional Trial to Judicial Committee by a coalition of presenters, and to this Military Court. Men of courage such as Maj. Gen Paul E Valley (retired): citing the Constitutional Authority as such:

a. U.S.C. Art. I, Sect 8, Clause 10 the Congress shall have power “to define and punish Offenses against the Law of Nations;” for “Natural Born Citizen” requirement subject to Art.II Sect. 1, Clause 5, in the directive of Clause 6 [In case of the Removal of the President from Office – due to –inability to discharge the Powers and Duties of the said Office] Obama can’t be impeached as he was never qualified to be President.

(e) Today in this article http://www.wnd.com/?pageId=164409 your Honorable Sir, Major General Paul E Valley stated: "We now must call for the immediate resignation of Barry Soetero (AKA President Barack Hussein Obama) … based on incompetence, deceit, fraud, corruption, dishonesty and violation of the U.S. oath of office and the Constitution," he said in remarks delivered to a Lincoln Reagan dinner in Virginia City, Mont., last week and published today on the Stand Up America website. "And a call for a national petition for new elections to select the next president of the United States of America must be initiated," he continued. "We can wait no longer for a traditional change of power and new government."

I, Cody Robert Judy, do affirm that I have submitted this testimony and evidence under no obligation or threat of harm, and do so with my own volition and with the utmost integrity to relate the facts where upon I am so relevant in the matter, and upon necessary means am willing to come to this court and so testify to the courts satisfaction under cross examination and oath.

I further say not. 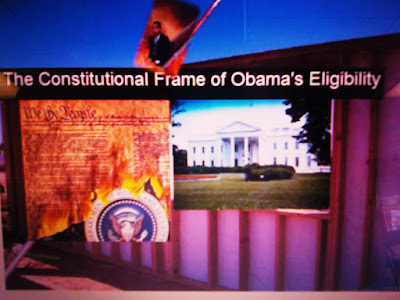 The Frame Work Necessary to Straighten the Executive Branch


http://www.thepostemail.com/2010/06/09/the-post-emails-exclusive-interview-with-eligibility-attorney-mario-apuzzo/comment-page-1/#comment-12765
Great Article here that highlights 2 very important things
1) Republican Senators gagged themselves with Sen. Res 511.
2) The Constitutional Eligibility of the U.S. Presidency is not a racial issue it's a Constitutional issue

"Attorney Mario Apuzzo, who represents the four plaintiffs in Kerchner v. Obama
(Jun. 9, 2010) — Mario Apuzzo was born on June 30, 1956. He graduated from Jamesburg High School in New Jersey in 1975. He obtained his undergraduate degree in Political Science from Wilkes University in Wilkes-Barre, PA. He then attended Temple University School of Law in Philadelphia, from which he graduated with a Juris Doctorate degree in 1982. He then continued his post-graduate legal studies at the University of the Pacific in Sacramento, CA, at its McGeorge School of Law and in Salzburg, Austria, which also included coursework in Milan, Italy, receiving a Diploma in Advanced International Legal Studies in 1983. He has also studied comparative international law at Temple University, in Rome, and has pursued a second law degree in the European civil law system at the University of Naples.
Mr. Apuzzo founded his law firm in 1983, at which time he went into private practice in New Jersey. He currently has his law offices at 185 Gatzmer Avenue, Jamesburg, New Jersey 08831. He is engaged in the general practice of law which includes trials and appellate work in both the state and federal courts." 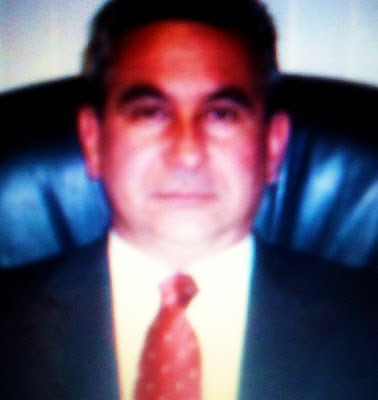 "Regarding the Obama eligibility controversy, Attorney Apuzzo published his first blog entry on December 20, 2008 after having followed and contributed to the postings on the websites of Leo Donofrio and Orly Taitz. Commander Charles Kerchner was put in touch with Attorney Apuzzo by an acquaintance who had known he had been seeking an attorney to challenge Congress and Obama regarding Obama’s eligibility to serve as President of the United States."

Great Article and report here, it was so refreshing to hear an expert in the field speak of the McCain Gag Order that all the R U.S. Senators tied on themselves, and the Racial issue which is bogus, based in fact by the many law suits McCain also faced.

Mario Appuzzo would be another great mind to present evidence to Congress along with Maj. Gen Paul E Valley

The Frame Work necessary to straighten the Executive Branch

The CIA Columbia Trial brought a comprehensive and collection of evidence never before packaged in such a way at great cost and sacrifice and should be presented for Senate/House Congressional Trial to Judicial Committee by a coalition of presenters. Men of courage such as Maj. Gen Paul E Valley: citing the Constitutional Authority as such: U.S.C. Art. I, Sect 8, Clause 10 ..the Congress shall have power “to define and punish Offenses against the Law of Nations;” for Natural Born Citizen requirement subject to Art.II Sect. 1, Clause 5, in the directive of Clause 6 [In case of the Removal of the President from Office – due to –inability to discharge the Powers and Duties of the said Office] Obama can’t be impeached as he was never qualified to be President.

I can’t help think that due to the excessive time placed in the Judicial Branch in the Appeals process on every single legal issue, the right of the Legislative Branch to hold trial and the presentments to the Judicial Committee’s of the House and the Senate might be a much better way to go and I don’t think there is any prohibitive reason that an expert would be prohibited from acting in such a way just because of Judicial Branch engagements, especially in the light of the seriousness of the offense and the destruction taking place to America by the executive branch.

www.codyjudy.blogspot.com
Posted by Cody Robert Judy at 1:28 PM No comments: