Obama's Credit is Running Low- Will America bail out of Obama Forgery? 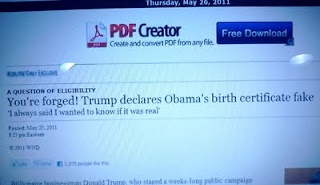 If you run a search on Obama's long form birth certificate you'll find a plethora of evidence it is a forged document. As the evidence mounts and everyone get into the game of proving Obama's birth doc's are fakes, you have to wonder at what point that the kids will start to lose faith in the government.

Here you have the office of the President becoming a joke to the population of elementary, junior high and high school student basically finding out that there is no integrity in Government. Its a very quick draw for them to lose respect for adults in the major political parties.

That can spell trouble for both the Democrats for supporting the fraud, and the Republicans for being accomplices. Here's a sample of what’s happening.

Donald Trump has even got back in the game, telling Jerome Corsi author of the new best selling "Where's The Birth Certificate", that in a World News Daily article, that "I always said I wanted to know if it was real"

One really has to start to wonder at what point the Representatives and Senators representing the united States get serious about maintaining credability themselves. When you have highschoolers telling the Congress how stupid they look you know that can't last long. As the scriptures say in Isaiah 11:16 speaking of the wild animals... "And a Child shall lead them"

Post Script May 27,2011
Dr. Jerome Corsi best selling author of "The Birth Certificate" is interviewed here by Mr. Alex Jones. The information in this interview is important and a crunch of The Whitehouse BirthGate scandel.


Post Script II.
I found the following link of information to bring to light more of the darkness created in the Obama Certificate of Life Birth and this link and testimony also alludes to the circumstances of Mr. Tim Smiths work at the Hawaii Health Dept. The other interesting thing in this analysis is that the report does not rely on that as evidence of the forgery.


How many of the R's running for President even know the true definition of natural born citizen? If they don’t know it, how much do they really care about the Constitution?

■natural-born citizens, are those born in the country, of parents who are citizens.
■As the society cannot exist and perpetuate itself otherwise than by the children of the citizens, those children naturally follow the condition of their fathers, and succeed to all their rights.
■The country of the fathers is therefore that of the children;
■in order to be of the country, it is necessary that a person be born of a father who is a citizen; for, if he is born there of a foreigner, it will be only the place of his birth, and not his country.
Posted by Cody Robert Judy at 12:02 PM 7 comments: 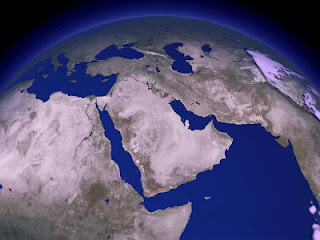 Obama proposes the 1967 Borders for Israel with common land swap and is endorsed by Europe's leaders along with a few fellow jokers in the Jewish community Cody Judy on The Lions Den Show compares to a domestic divorce and confiscation of property while you pay your spouses attorney fees seen as contributions to Obama for re- election in 2012. A camio Bat Man Commercial is featured The Dark Horse 2012.

Posted by Cody Robert Judy at 7:37 AM No comments: