Some Funny, Some Serious, Some Reflective 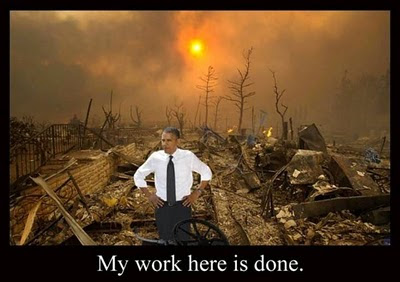 Some Funny, Some Serious , and Some Reflective

Hey enjoy your Thanksgiving. There’s a lot to be thankful for and I wish you that wonderful ‘thankful’ and ‘grateful’ feeling that pushes aside selfishness and an ‘uppity pride’ that neglects and forgets those who are eating in less then desirable places with less then desirable company. It’s hard… and never more is the prayer “Lord, let them sleep in green pastures”, more poignant.

Brian Fitzpatrick has written a great article hear reporting Nov 23rd, 2010 the argument being heard on Kerchner v. Obama and finally a little light on the basics being presented to the Court of the necessity of “natural born citizen” as qualification of a U.S. President.

Most people can fundamentally understand the concept, but have less than a clue as to the importance of the qualification, and the implications and circumstances we are precariously finding our body politic in at this time.

While hindsight is 20/20 the travesty of finding yourself in trouble and standing in a bucket of do-do is still not a pretty sight to come to grips with, and the United States Citizenry may just be catching a glimpse of what the implications are at forsaking the wisdom of our United States Constitution and the disastrous rule of an unqualified candidate, as the value of the dollar declines and China and Russia prefer their own currency to the shaky value of the dollar.

Thanksgiving was really well named. Our pioneering pilgrims were thankful to be in the new world, be alive, and being able to celebrate their ability to worship God freely.

Today is no different, though we have a few more paved roads, the fight, the pioneering spirit exist in every front that existed in the first celebration of Thanksgiving.

Our Constitution is threatened and hanging by a hair and with it our freedoms to worship. There are still religious and spiritual persecutions going on. Hell has not lost its fury.

Over the holidays coming, it is my prayer and wish, for you to come out of them more prepared, than more saddled with clutter.

Value is restored through truth and reckoning, and when value is lost the restoration can be painful. It’s a good time to ask God in your own home and in your own way just how you can dawn a new year more prepared. It’s time for YOU to make a list and check it twice for preparedness. What? I thought that was Santa Clauses job?

Prepared for what? Prepared to feed yourself and your family without a grocery store to go to? Prepared to deal with the lights going out? Prepared for the gas station to not be pumping gas? Prepared for the Earth to move in directions that you hadn’t supposed possible, and what I mean by the Earth moving is for the stability and security you have counted on to possibly change from out from under you quickly. Picture that, and make a list of “what will we do?” and “how can we make that better or a little easier?”

Are you prepared for all of the above? Well if your not, do you suppose if you worked towards that the next couple of months you would come out of the holidays with a holiday hangover for having spent too much on things that really don’t have anything to do with your preparation list, or with a better feeling to start the New Year?

The trilogy of Holidays, Thanksgiving, Christmas, and New Years is a consortium of eating lots, spending too much money, and making resolutions that are dropped after two weeks.

I’m simply suggesting you strategically plan to come out of the Holidays in better shape then you are when you went into them. That is a choice that will make you feel so much better. I just love it when you’re smiling.

The Emperor with No Clothes On = call Obama Pres.Obama The Fallen U.S. Leaders

Posted by Cody Robert Judy at 4:30 PM No comments:

Straight & Gay Realities From the Womb or Nature 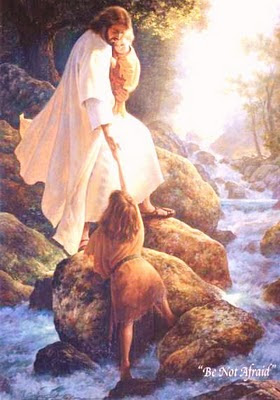 Straight & Gay Realities from the Womb or Nature

Hello, and welcome to The Lion’s Den Show, I’m your host Cody Robert Judy. You’ll have to pardon me today, it was one of those ‘under the weather days’ for me. You know one of those days where you drag yourself to the pharmacy isle for pain relief and not only find what your looking for, but also find some relief that your not the only one feeling like that because as your walking by people you hear them sigh, and grunt, and groan as they are rummaging through the available medicines tryn to bend down and find them- and you just know they had the same kind of morning or day you did.

Today is a strange day and the forces of opposition are working overtime it seems to unravel the family unit. I myself am in the middle of a regrettable divorce my fourth one, with 3 women. Now of course I wasn’t married to them all at the same time, as my wife’s attorney would have you belief. No..I’ve never had but one wife at a time and haven’t been very successful with that.

I think to put it in grocery store terms I am kind of like those frozen concentrate juice things you buy, where it’s going to taste a lot better if you dilute it with 3 cans of water. So, after this divorce I think I’m just going to pretend I’m 18 years old again and dating. I’ll be needing a Mon-Tuesday girlfriend, a Wensday-Thursday girlfriend, and a Friday-Saturday girlfriend.

Now in all fairness to me, I’ve tried to explain that to my x-wifes, but they don’t want to believe me. We get into a marriage and sure enough it ends up bad for everyone. What’s strange, and I’ve always said this, you never marry a better person, just a different set of problems.

Yeah I think it will just work out a whole lot better for them and me, if they in their right mind will read the directions on my forehead that says dilute with 3 cans of water.

And Jesus’s Disciples questioned the matter also, saying in Matthew 19:10 ... “if the case of the man be so with his wife, it is not good to marry”. And then Jesus elaborates to them that there are different ‘natures’ that actually are born out of the womb. Now if you just happen to be of a different ‘nature’ then say what ‘the society’ your living in subscribes to, well your actually gonna be walking through hell most of the days of your life, and that includes people like me who are concentrates and those of the gay community.

Divorce now seems common; around 55 to 60 % of marriages end up in divorce. This I believe is due to ‘pride’ and ‘selfishness’, and is more a result of the lack of recognition and appreciation towards your spouse, or the opposite gender, and what you “think” happiness entails or is suppose to entail anyway.

Jesus said Matthew 19:12 “All men cannot receive this saying, save they to whom it is given. For there are some eunuchs, which were so, born from their mother’s womb: and there are some Eunuchs, which were made eunuchs of men: and there be eunuchs, which have made themselves eunuchs for the kingdom of heaven’s sake. He that is able to receive it, let him receive it.” Now for those who don’t know eunuchs is a reference in the Bible to a class of de-masculated men. Men who are either refusing marriage in a celibacy vow, or a homosexual.

Now what Jesus is saying here is that we men don’t all have the same natures, and you women shouldn’t expect that we do, Even within the gay community there are different ways in which that comes about. In reverse order, You may have a priest that chooses celibacy for the kingdom of heaven’s sake, you might have a homosexual that follows that pattern based on the people he hangs out with which could also be a little more along the lines of a transvestites nature, and you can definitely have a homosexual that came out of his mother’s womb that way.

It’s interesting Jesus says, your all not going to get this, save they to whom it is given. Jesus himself said, Great are the words of Isaiah and listen to what Isaiah said: “ For thus saith the Lord unto the eunuchs that keep my Sabbaths, and choose the things that please me, and take hold of my covenant: Even unto them will I give in mine house and within my walls a place and a name better than of sons and of daughters: I will give them an everlasting name, that shall not be cut off.”
Now the covenant basically referred to here is any contract, or bonds or obligations, oaths, vows, performances, connections, umm associations or even expectations that are made and sealed in the name of God are good with God. Now these connections can vary between genders. There’s a whole host of them. Even in the histories of the Native Americans we can find the associations and connections that were made by homosexual individuals who were set apart in tribes and consecrated to representing the tranquility of brotherhood between other tribes.

This is to say that man lying with another man is not always bad. It can represent a good, a harmony. And likewise we all ready know that a man lying with a women can also be good, and can it can be bad.

I want to post this article for you to read, because I think it very clearly shows the incentives our Judicial Branch of Government, in more of a polluted justice, is giving for women if they will file divorce. And this article gives some interesting statistics as to the percentages of women verses men who are filing divorce. I don’t want to spoil it all for you, but here is the link, the article is entitled Divorce Is Highway Robbery:

Now of course divorce has been around as long as marriage has it seems, and I hope you won’t think ill of me for delving into this subject. My hope is perhaps you may find in discovery, some new ways to find more wisdom and understanding with your spouse and the opposite gender.

One thing all these statistics tell us, and that is when you pit man against nature, nature always wins. I’ll say that a different way, when you pit a society who perverts the natural laws of men into something unnatural, well that society will self corrupt.

In Jeremiah 3:20 we read, “Surely as a wife treacherously departeth from her husband, so have ye dealt treacherously with me, O house of Israel, saith the Lord”
Our society is indeed being torn apart with a lot of different things, and a lot of different agendas. It’s time that we built upon the firm foundations of ‘nature’ rather than being found in an opposition of nature, which ultimately spells failure.
Judgments about relationships that are wrong and appose nature can do a great harm to a society, and the opposite is true also. Righteous Judgments’, or good ones, can be a great blessing to society and my hope in this segment was to open your eyes to understanding the natures of men and how God has created the institutions for harmony for all relationships, and it only takes a little research of the wisest men in our history to gain their understanding and wisdom.
Posted by Cody Robert Judy at 11:47 AM No comments: