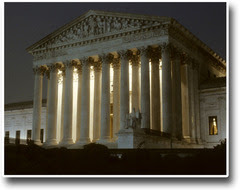 4-13-2012 Update BREAKING NEWS: Obama's representative admits Long form Birth Certificate is a forgery! Wow! Will the press now say they are SORRY for badgering all the people they interviewed and demanded them to bow down to Obama with the release of his forged document?
http://www.teapartytribune.com/2012/04/13/obama-lawyer-admits-forgery-but-disregards-image-as-indication-of-obamas-ineligibility-damage-control/


The following letter is pretty self explanatory to what is going on so I'll just leave the link Here:

Its imperative that the U.S. Supreme Court get this in a timely fashion or the U.S.C is roughly delegated to the lower courts who have obstructed justice by not dealing with Sheriff Joe Arpaio's Cold Case Posse Investigation results.

If Barack Obama is allowed to become the nominee of the Democratic Party before the U.S. Supreme Court gets a chance to rule upon his eligibility it places the Court in an even more difficult political question, and no one knows that better than Barack Obama. You all saw exactly what Obama's comments were to the U.S. Supreme Court over the Health Care case going on now essentially telling the Court to not stick their nose in a political referendum, Constitution be damned.

I believe a Court of Last resort is in fact the last court that I can deal with before the U.S. Supreme Court gets shafted out of being able to decide an important question prior to a major political party choosing a nominee that is unqualified.

The U.S. Supreme Court can on its own accord decide if a case is of such imperative public importance they need to hear it, that deals with the United States Constitution. That's what the Petition is, but the Justices have to at least see it before they can make a decision. That's why interference by the Court clerks can gum up that process.

Bottom line I'm not suppose to have to argue with Clerks on the merits of "imperative public importance', that's for the Justices to decide.

I also put together a couple of songs and a video for the occasion. Hope you enjoy it and pass it along.

Date: April 13,2012 BREAKING NEWS: Obama's representative admits Long form Birth Certificate is a forgery! Wow! Will the press now say they are SORRY for badgering all the people they interviewed and demanded them to bow down to Obama with the release of his forged document?
Obama the fool playn the press. How sad is that? http://www.teapartytribune.com/2012/04/13/obama-lawyer-admits-forgery-but-disregards-image-as-indication-of-obamas-ineligibility-damage-control/
Posted by Cody Robert Judy at 5:56 PM 2 comments: Links to this post

Do Politicians in Washington DC Fear To Hear? 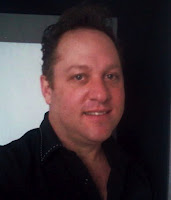 For IMMEDIATE PRESS RELEASE:
Do Politicians in Washington DC Fear To Hear?

Just wanted to touch base with you on this developing story, and I think it is particular noteworthy given the responses of the Congressman asked about the investigation into Obama forgeries that report Drew Zahn featured in a recent WND story.

The link below provides the link on Scribd that details Sheriff Joe Arpaio's investigation has indeed reached the top already. In the case of Congressmen they most assuredly need or would rather have the U.S. Supreme Court's ruling in order to substantiate Hearings of Investigation on Verification of Qualification.

Indeed they probably feel that the election is the best way out from underneath Obama, or, as many believe they are fixed on the way to handle Obama through policy rather then principle I'm sorry to say.

Principles of our Constitution have clearly been redefined by the GOP Candidates as they endured a scolding from Sheriff Joe himself reported in another story at WND.

Isn't it a sad day when "principles' of conservatism are no longer seen as important, and rather the 'economy' is instituted as the 'higher law' by the GOP?

You can't say the same thing about the Democratic Party though, least not in total, as I am running as a Democrat for President, and have taken Sheriff Joe's investigation and incorporated it from its initial release on March 1st,2012 right into the Superior Court of GA. March 2nd,2012, and representing it in the case on appeal to the U.S. Supreme Court in the Petitioner for Writ of Certiori found here: http://www.scribd.com/doc/88039329/CRJ-Petition-for-Writ-of-Certiorari-U-S-Supreme-Crt-Judy-v-Obama showing 331 reads here,

and 215 reads here on BIRTHERREPORT.COM WWW.obamareleaseyourrecords.com
http://www.scribd.com/doc/88295689/Judy-v-Obama-Kemp-Petition-for-Writ-of-Certiorari-U-S-Supreme-Court-4-5-2012
As this is so important to WND readers, and indeed so many people across political party lines, I do hope your general readership can be informed directly.

Attached to this is the file that the U.S. Supreme Court received the Petitioner today even though the mailed method was estimated to be delivered last Friday April 6th,2012. I believe it was delayed through security as the tracking report showed that it was in Washington DC and had processed through their sort center at 2:02pm April 6th,2012, granted it was a big weekend with Passover happening with Jews and the Resurrection of Christ being celebrated on Easter with the Christians both of which celebrate uniquely a time of "Freedom and Liberation" from oppression of different times.

It would be an interesting research project probably only Heaven could have taken to ascertain the amount of prayer dedicated to God in prayers this last weekend for our Constitution, in our day, to be upheld, and for a delivery to take place. I think it would be nice to inform people a delivery did take place, via the U.S. Postal Service record. Perhaps many question the manner in which prayers are fulfilled but if you knew the story that took place, the whole story, in getting this done and mailed, you would understand most sincerely how the obstacles overcome were great and how humbled I was feeling the divine providence watching over the work herein expressed.

Perhaps people will have trouble with the messenger, but who are we to decide who will deliver the message? Certainly with the record of Moses nearly being stoned to death by the Jews, and of course Jesus Christ being crucified by his own, that record explains with a little bit of 20/20 hindsight vision is perfect vision, if you are a messenger you better have protection because there will be a lot of people who do not want to hear the message.

That brings me to the next point I want to express: Hearing the message without Fear. Americans are a brave and courageous people at heart I believe and of course by history. Ours has been carved out by great trials and test of courageous actions marked by The United States Constitution that declares a disciplined sovereignty for our Republic. I would like to say that as long as Congress has a fear to hear the truth, the American People should know there is a big problem!

If you don't think that 10,000 politicians in American have thought about doing what I have done you'd probably be wrong. I believe that over 10,000 politicians have indeed 'thought' about doing what I have done, but the point was they didn't do it. Maybe it was 'fear', maybe it was that they 'heard' but didn't listen. Is there a 'conspiracy' to hear when we indeed can hear? When we 'fear to hear', that's when we are in trouble.

My campaign is a campaign against the fear to hear and to listen. When a political regime is afraid, or fears being criticized, you undoubtedly have what became a famous clarion to JFK's Administration called "Think Tank", which is kind of what we have with all the politicians in Washington DC right now regarding Obama's eligibility. Who knows when difficult things are heard that actions contrary to the ones chosen might have ended something that got worse because of the initial decision to ignore them.

What if President George W. Bush as soon as he heard that a airliner had crashed into tower 1 had indeed acted with a swift phone call to scramble jets to protect the skies from the second hit coming in? Might things have been different? One thing we do know, there were American passengers who chose that day to act without the President's knowledge or directive and because of those actions lost their life's but protected many others. There are people who hear and listen who are not nor have they ever been in government.

As for my part, since 2008 when I listened and made the decision to challenge Sen. John McCain's eligibility as I did, I had no idea about Obama's plan to secure his own eligibility through the charge of racism that would exist because no one running for President challenged McCain's Eligibility, when I decided to run and challenge both of them. The time-line and development of Obama's plan has long roots and those roots must be discovered and understood plainly for all to see so America can stay together.

America is not and will not be a victim anyone can just do anything to because politicians hear but won't listen. I believe the blessing of the Creator are still upon this land and that prayers are answered. America was reserved for a light to the world, a beacon of hope, freedom, and liberty and ungodly cowardice actions that seek to undermine what men and women of America have consecrated with their prayers, with their sweat, and with their blood shall in no way go unrecognized by the Heavens throne, nor will they stand.

Under our United States Constitution is a safety that is the foundation of conservatism. Those standing up for it may truthfully have claim on conservative principles. Those denying and shucking it though they had the power will be soon found out and removed by the people. Indeed there is an election coming up and those in Washington DC should be fearing and trembling at their records and oaths that have been trampled in broad daylight of those people electing them.

There will be no place to hide their records and their recommends handed out by The United States Constitution.