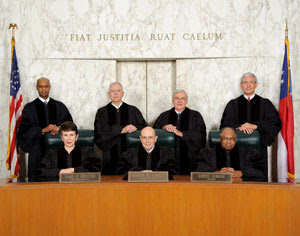 Some interesting developments occurring here. Find the 2 attachments also linked here at SCRIBD: Georgia Supreme Court Pictured. Judy v. Obama Discretionary Application for Review in the Georgia Supreme Court 1- http://www.scribd.com/doc/95503922/Judy-v-Obama-Discretionary-Appli... An extension has been offered here that has amounted to an "Amended Notice of Appeal" 2- http://www.scribd.com/doc/95205094/Notice-of-Appeal

For the sake of interest I have had a few people ask me already "So, What does this mean? I mean, How is it different from what has been going on?"

That is a good question as with all of the cases not a single one has had any reasonable action and this has led even Obama's camp to gloat that there's been hundreds of challenges filed and they all are garbage. In fact that has become a mantra of Obama supporters and Obama himself in some of the latest campaign commercials that have showed John McCain taking the higher ground then say Mitt Romney because John McCain chastised his supporters harder and Obama would like Mitt Romney to tell Donald Trump to quit blowing his nose on Obama. Here's their Campaign Commercial: http://www.youtube.com/watch?v=A1Qao_iBNlk For the sake of calling Obama a "good person" McCain is really saying here and now the guy who has blatantly lied, misled, deceived, and fraudulently represented himself to the American People with his long form birth certificate, his draft registration, his social security card, hid every document he could from the general public like his college records his traveling identity visa's, and any authentically genuine form of identification used daily by the general public, is a "good person". Further, Obama want's Romney to take up the mantra and drink the Jim Jones Kool-aid.com farce.

Of course the Media has had a field day with Wolf Blitzer-http://www.youtube.com/watch?v=uFDRaqx5dDM and Greta Van Susteren http://www.foxnews.com/on-air/on-the-record/2012/05/30/trump-obama-... both taking swipes with Donald Trump about the issue they called him on. I guess they think if Trump says' he's voting for Mitt Romney, Mitt Romney ought to be able to shut the Donald's mouth? Well, in a nut shell here's what is different. #1 - Obama has won most of the cases because of what's called "standing".

Most of the people bringing the challenges to Obama through the Court were not running for President and didn't have campaigns hurt by Obama's malfeasance against the Constitution's demands for a natural born citizen. Well I'm running as a Democratic Party candidate, I have standing and have been hurt by Obama's willingness to cheat the rules 50 states have agreed is the Supreme Law of the Land.

#2- Its just not me waving my magic wand saying Obama's not a natural born citizen because he's got foreign allegiances to his father, but I have submitted in my complaint 2200 hours of investigations by a cold case posse designated by Sheriff Joe Arpaio. Now whatever you think of Sheriff Joe, the main idea in this was to clear Obama. That didn't happen and in fact the opposite happened. These two working facets are penetrating the Obama Forgery Gate, and unless Supreme Court Justices want to throw the book out of what they are suppose to be about, sooner or later the Obama house of cards is going to come down in a hurry. You know the most dis-concerting thing about this is, its a guy like me, whose really poor, actually fighting for the Constitution while Mitt Romney's got millions and hasn't bothered to look under the carpet, but continues to sweep Obama's fraud under the carpet. That's not the kind of President we need right now. Leaders find ways to lead, and believe it or not, our Constitution created our Economy and made America great. I think most politicians and probably most of the people only care about the economy. Well, if they cared about the economy they'd see its the Constitution of America that made our Economy great. Let's keep it, and get our economy back on track!

Keep you posted on what's happening..here's the latest commercial if you missed it!
http://www.youtube.com/watch?v=RTJkId_GBis&list=UUymbINcxgM2q9H..

Please help or assist Cody if you can in this valiant stand for our United States Constitution. He's done this all by himself and needs your help if at all possible. Cody needs help in traveling expenses, postage expenses,printing expenses,and advertising expenses to sure up this challenge as viable. We all on this site hopefully want our U.S. Constitution to remain viable and solvent. Well if no one lends a hand, or would give $3 or $1,500, or $2400 to help a man who has taken a stand for the Constitution and made it this far legally, what exactly are you telling your self, your family, or even your God?

These are indeed tough times. The recession has hurt America. While politicians may disagree on how to fix the economy, hopefully there is one thing we can agree on. Obama is not eligible and is a usurper. If you believe God inspired our Constitution, really believe that, then you have to understand violations have consequences. How many politicians running for President that have stood up for our Constitution in the eligibility requirements have you supported lately? By Word? By Deed? What does your record say to God? (Reflect upon this personally) Its YOUR record to give, just as he gave and inspired our Constitution. There is no doubt that people support what is important to them, however when our priorities become mixed up, everyone does understand how the wind from God's nostrils can "change" your "hope" to your regret. Please consider lending a hand and visiting Cody's website as a Patriot for America and our Constitution. 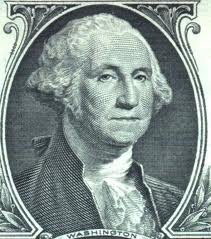 FOR IMMEDIATE PRESS RELEASE: Commemorating Memorial Day in honoring our Military personnel, those who have died, been injured, and those who are fighting for the United States Constitution I am excited to release this new song and video, 'The Lion's Share". In creating this song, and feeling myself to be kind of an instrument from which this music and creation came, I was moved to depict two things:An honor for military's service and and honor for America's good deeds. So many times the chain reaction of good deeds is unnoticed and I wanted to depict that chain reaction which is amplified clear up to the Constitution of the United States and the honor we as Americans have living under it as The Supreme Law of the Land. This song is not fiction but a story that is true much of it happening in one day. The song is a celebration of gratitude. Happy Memorial Day - Enjoy! The LION'S SHARE http://www.youtube.com/watch?v=3Go5aQm8kBE The Lion's Share is an Original Song by The Cody Robert Judy band saluting the Military fighting men and women for America and the United States Constitution, as well as America's good heart and willingness to help others. Released on Memorial Day, May 28th,2012. Cody Robert Judy The Cody Robert Judy for President 2012 U.S.C. Eligibility Campaign www.codyjudy.us www.codyjudy.blogspot.com YouTube: CODE4PRES
Posted by Cody Robert Judy at 9:53 AM No comments: