Mission Impossible? Obama Urges Americans to sign up with Al Qaeda on 9-11? Birthers Are Not Surprised

Mission Impossible? Obama Urges Americans to sign up with Al Qaeda on 9-11? Birthers Are Not Surprised 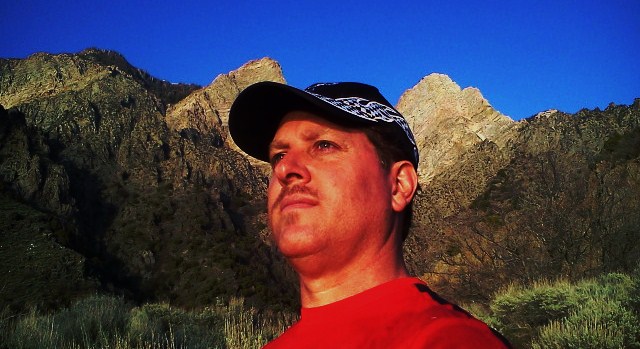 A dozen years ago America was in shock and suffered a horrific attack by Al Qaeda that brought down the Twin Towers in New York City. Today in commemoration of 911 Americans have been asked by the occupant –usurper of the White House Obama to join hands in the demolition, attack, and strike of Syria on the side of Al Qaeda and the Muslim Brotherhood the same way we did with Libya. The only ones not surprised by this are Birthers.

Glenn Beck said today, “If the “President” asks this of us, I think I will be for impeachment”. Does he even comprehend the Constitution’s demand to remove an ineligible usurper of the White House as a disability in USC, Amend 14,Sec. 3?

Impeachment? Excuse me, impeachment is the legitimate way to remove a qualified person for President from the Office. Congress understands this and in so understanding won’t bring Obama up for “impeachment”, because they know Obama would say, “ You can’t do that , I’m not a natural born citizen”.

Yes that right, that’s exactly what Obama would say! That would expose Congress as the biggest bunch of traitors directly to the American People and they can’t afford to do that and consider being re-elected. Now you understand the black mail that’s happening in Washington DC. They are in bed with Obama and they thus far have made the choice to go along with him.

How important is it that you understand this and show up at Town Hall Meetings in regards to the 2014 elections? You bet its important! If you’re armed with the facts then you can dare those seeking re-election to show up with their record and your not going to the buffalo chips thrown at you.

I mean when you aid and abed the devil walking down a path with him so long, refusing time after time after time to call him the devil, pretty soon you are the biggest defender of the devil because you can’t seem to recall the way back home. You’ve made hell your home. That in a sense is what has happened to Congress with Obama, but it doesn't make it right or Constitutional. We have a law that is applicable to all under the law. That's a Constitution Republic that we pledge allegiance to, not a bunch of bush-whacking traitors and tyrants.

Now Obama is not "the devil", though he may be the biggest tool or pawn of the devil. That's who he is a puppet for. What is the devil "bound" to do? Well, that’s easy. He’s expected to lie, deceive,defraud and "lead into captivity". So we always know where he's at and always know where he's gonna be. He’s required to forge or deceive even about his own identity, as Obama did. He’s required to ask you for your support in helping the enemy who has in its sites to kill you. The devil has no choice he is bound and cannot exceed his boundaries. We all know this.

He is given to 'bruise our heel' but we are given to crush his head! God gave us that and no one has taken it from us as far as I know.

That’s exactly what Obama is doing today asking you to support him in aiding Al Qaeda and the Muslim Brotherhood. The people responsible for killing 5,000 Americans when the Twin Towers went down, the people responsible for BILLIONS of dollars in Bush’s shock and awe attack on Iraq and Obama’s escalation in Afghanistan, billions spent in bombing Libya…will you please join hands with Obama and Congress America in what Rush Limbaugh called Obama's 'schuck and jive' minuscule hardly noticeable aid for Al Qaeda in a strike on Syria? They just want to use our Air Force and Navy for a little while? No biggy right, hell Putin wants it too, and why not its pretty fantastic?

Is there any hesitation with that decision, yet, for you? I'm talkn to you Fogbow and you Dr. Conspiracy who do everything in their power to destroy the qualifications of the President listed in the Constitutions with nothing of fact or court of law as they have never been in Court with proof of anything. Where are you many Court victories? Proving a negative is pretty good conspiracy business but it sure is cowardice to.

Consider the words to the new song I’ve written below, “Bring Home The Night”. We are told in the Bible great apostasy exist, and the very elect will be deceived as the Second Coming of Jesus Christ approaches. Obama would not even mention our Republic – the Republic for which we stand instead favoring the bully word Democracy in his “Agenda”. How proud of him they must be.

Republican House Speaker John Boehner was in the White House advising Obama on how to sell this to the American People: How to sell a strike on Syria and how to sell Obamacare. His strategy for Republicans, "If you can't beat'em join'em."

Question: How can you oppose Obamacare with over 75% of the American Public, and support Obama as a eligible candidate for the Office of the President who knowingly handed out a forged and fraudulent long form birth certificate? There shouldn’t be any confusion about that, but there still is and so our education is not over.

Now the only thing that might just be shy of asking the American People to swallow a long form birth fabrication; swallow a year’s investigation of Benghazi with no responsible parties paying penalties accept the “video producer” accused of igniting the Arab Springs, that normally Hollywood would come to the rescue for as an action of free speech; swallow being spied on- eves dropped on by the NSA and profiled by the IRS, and swallowing some two dozen scandals half of which occurred this year, is to ask Americans to kill Americans. That’s probably coming, especially after joining hands with Al Qaeda.

Now Americans are being told by U.S. Senator Rand Paul and U.S. Senator Mike Lee, who I ran against in 2010 as an independent candidate, that the goal of the Republican party is to be seen as the Party who only goes to war when we are attacked, and who has a more of a Constitutional Foreign Policy as opposed to the “War Dogs” who are now seen as Democrats. Can you believe this Democrats? How do you like those apples Fogbow?

You’re the war-dogs now feeding at the trough with the alleged “chemical weapons” use of Syria’s Rebels, or Assad’s Government, because evidence exists for both if you believe Secretary of State John Kerry or Russia’s President Putin take your pick.

Birthers both of which exists in the Democratic Party with Hillary Clinton against John McCain which I did take to Court Judy v. McCain, and constituted near 60% of the Republican Party when Donald Trump was giving Obama a scolding which ultimately led up to the long form fabrication being released, and Judy v. Obama 2012 and 2013 are the only ones who not surprised Obama’s asking us to join hands in another conflict with Al Qaeda and the Muslim Brotherhood. Yes, we’ve already did it once with Libya and Egypt acting as Al Qaeda and the Muslim Brotherhood’s air force and navy.

As you saw, it didn’t work out to well, but why not ask Americans to do it again on 911? That makes perfect sense for the devil. Yes, why not ask them to put a gun to their own head, or huff some Clorox and gasoline mixed up in a lethal concoction for a great mass suicide? That’s the only thing that’s left to ask. “Will the American Military please attack Americans their just being such a pest about the Constitution?”, asked Obama in a future question.

In the face of the apostasy of hell, one thing you can always count on is a choice coming in a small voice. In perfect incantation SOS John Kerry says "unbelievable small".

What would that look like politically speaking in a candidate? Wouldn't it be from a politician, perhaps never elected but with a record you could count on, regardless of party, invoking the Constitution’s demands 100% on the red line of the qualifications for the Office of the President because that controls such adverse actions and consequences in foreign hands?

Would you find however his record in the highest Courts of Law, maybe in the United States Supreme Court? Would you find him having a record of protesting maybe even of serving time in prison for it, under a false flag or unlawful prosecution suffering unbelievable conditions? Would you find that politician on the Internet? Would you find his story published and readily available just waiting for you to see, hear, and reach out for it to share?

Would you see those cases in the highest Courts of the land heralded by the media as great stands for the pillared principles of the Constitution, or shuffled under the carpet like dirt? Would you expect that politician to have long since given up, or would you find him constant as the love of heaven is always there for us to reach out and hold hands with?

Well, you can ask yourself those questions and simply see the Bible is correct and we are in those times, if you have an eye to see. If you don't plausible deniability is still yours as a choice, but I'm not sure just for how much longer you'll have that option. Accountability, responsibility, and you being your own worse judge seem to come at you like a shadow.

We all will be responsible for answering those questions ourselves and choosing whom we will serve passing this on, or shoveling under the carpet. You my friends are the ones who have the knowledge now. You ARE the teachers of your neighbors. Not the manipulators, but the providers of the choice. Let them in on what the media has hidden from them please and pass this on?

God always provides a choice. His love is so immense he is prepared to forgive even those of Congress who have betrayed their oaths if they will simply acknowledge the errors of their judgments and conduct hearings of verification on Obama's qualification. Let us present the evidence if you have nothing to fear? We all must judge and we all must be responsible for “Righteous” Choices rather than hypocritical choices and sticking our head in the sand just means we have to pull our heads out and knock the sand out of our ears.

I would ask you to please help provide America with that choice and then let your actions reflect your positive choices.


[ If you would like to help Cody Robert Judy in his bid for upholding the Constitution in “America’s Birther Campaign”, or ABC Campaign ,which highlights the United States Constitution with information and education for voters to understand the tough questions politicians should be answering in 2014, and in the coming 2016 election for the Office of the President please make a contributions here: ]
http://www.codyjudy.us/codyrobertjudyforpresident2012_011.htm


Posted by Cody Robert Judy at 1:34 PM No comments: