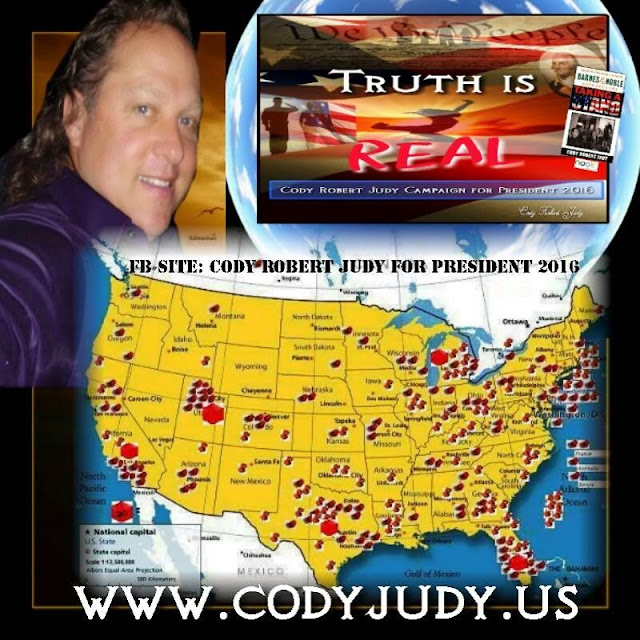 After watching the video link below I had to ask about the rich irony presenting an opinion that Congress sees Gruber as a tattle tail, and is angrier at him telling the American people about the non transparent way in which Obamacare was passed onto 'stupid Americans' because we don't hear so much as a sniffle from Rep. Trey Gowdy about it being signed by an ineligible person in the Office of the President elected under fraudulent and forged documents concerning his Identity?

Now that is rich irony Rep. Trey Gowdy, especially considering your esteemed prosecutorial background. You have placed more value on Obamacare then an entire elections of 2008 and 2012 in The UNITED STATES OF AMERICA. If Americans are stupid (dumb) about the tax-pig Obamacare, Congress is dumber about our elections. This truly is the story of Dumb and Dumber.

Bad Behavior or Crime is not color coated for exemptions.

Wild Entitlement gives Real Constitutional Discrimination a real bad name and serves no one. Racism demands much more in the arena of real facts than the Media contrives and excuses giving Obama's I.D. Fraud and forged documents passes as is presented in the Tenth Circuit in Judy v. Obama 14-4136. Reporting Obama shouldn't be questioned about these because McCain was given a pass, while Judy v. McCain exist for the world to read is as bad of an example of being racist as the story represents that presented a lawyer hopping booths in a restaurants and claiming racist reasons for being removed.
http://reagancoalition.com/articles/2014/black-lawyer-cries-racism-after-being-kicked-out-of-restaurant-for-refusing-to-sit-at-her-table.html?utm_source=fnot2&utm_medium=facebook

That does seem to be what Congress is up to when you consider the facts thus far they have excused Obama's fraudulent identification documents in Sheriff Joe Arpaio's Cold Case Posse investigations. With the fervor of Republicans reaching heights we haven't seen now they control the U.S. House and the U.S. Senate, there is no excuses for not holding hearings on this most certainly as a key to repealing Obamacare without 67 seats needed for a veto. If Obamacare was never signed by a eligible President, not only can't Obama return a bill from Congress with a veto, but the law itself goes back to Congress until an eligible President signs it.

McConnell snorted some excuse: "Republicans do not have the votes to repeal the Affordable Care Act because they cannot override a presidential veto on their own." (It takes 67 votes to do so; they have 52 seats now, with the possibility of picking up two more)Jeremy W. Peters wrote in The New York Times. Republicans don't need 67 Senators in a Trial Hearing on Obama's eligibility with the facts and evidence in the Cold Case Posse Investigation and a host of other evidence.

Can't let McConnell think he has an excuse because he can't manage a veto, but if he uses it you know exactly where he's coming from, a false pretense we are reminded of all to well. That is exactly the kind of action that will turn America's stomach.

Whilst America faces Republican promises to, as one U.S. Senator Ted Cruz put it,“Americans have risen up and frankly on a national level they have given Republicans another chance,” Cruz said.“Now is the time to go after and do everything humanly possible to repeal Obamacare “Now is the time for Republicans to come together in unity to stand as one, to stand for principal and to say, ‘we will honor the trust you have placed in us.’"The era of Obama lawlessness is over!” Cruz added.

Even as Obama issues executive orders loosening up immigration in effect for 5 million illegals with the same "selective hearing" Congress has used on the 'natural born Citizen' requirement for the Office of the President Obama fails as his father introduces a foreign or alien-ship in the Office of the President forbidden for national security reasons , Republican Leaders went home without a game plan on how to defend the Country as if fraud and forged long form birth certificate and draft registration wouldn't count.

House Speaker John A. Boehner said the president was abusing the democratic process and had shown he was “more interested in partisan politics than working with the people’s elected representatives.”“By ignoring the will of the American people, President Obama has cemented his legacy of lawlessness and squandered what little credibility he had left,” the Ohio Republican said.
http://www.washingtontimes.com/news/2014/nov/20/obama-offers-amnesty-to-millions-of-illegal-immigr/#ixzz3JvpEH000


Yes, that is the same Ohio Republican blamed for not allowing hearings on Obama's ineligibility by Cold Case Posse detective Mike Zullo.

It seems selective enforcement and prosecutorial discretion has been adopted by both the Legislative Branch and the Executive Branch to excuse themselves and come down hard on Americans' who see "Justice" slipping out the door along with the looted treasury.

YOu gotta love elitism in all of its candor upon you poor stupid Americans? Wasn't that the message of Gruber as Bill Maher called Gruber his soul mate and compared Americans to dogs that won't take their pills whilst Nancy Pelosi insist to be a leader in this country you 'selectively recall' things that might do you more harm then good including recalling two different forms she signed to 'certify' Obama as eligible for the ballot.

I hope Americans see why Truth is Real, and why we need a good dose of it in our American Political System.

On the bright side of the political arena I want to take the time to welcome the recent 150 people the Cody Robert Judy for President 2016 Facebook site has featured pushing us up to the 250 goal. We thank you and celebrate your desire for justice for all. We celebrate you passing some common sense on to your friends as we gain more momentum as patriots desiring only that our United States Constitution be upheld as the Supreme Law of the Land our Representatives and Senators have sworn oaths to.

If you haven't joined us we hope you will soon and as you can see we are all over the Country! We are also really excited to debut a new website for the 2016 Election cycle at www.codyjudy.us 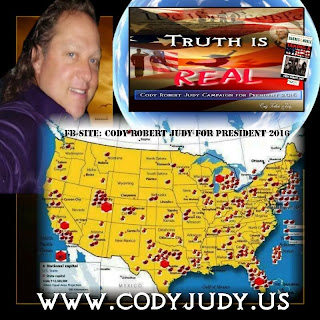 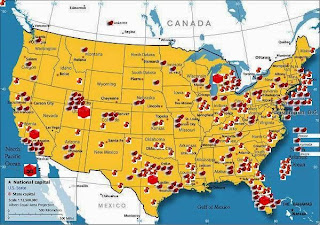 For those wishing to read the court action I have filed in Judy v. Obama filed in the Tenth Circuit U.S. Court of Appeals, Denver, CO. I invite you to here. I also would like to make an appeal to you for contributions which you can send to the address listed on the Court document to me if you'd like or you can now do that online at the web site now. 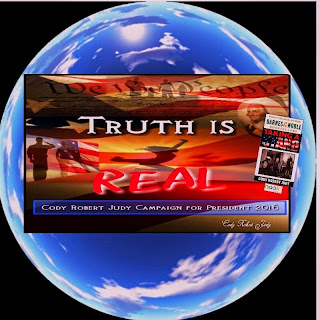 This 2016 Commercial was the first one in the 2016 Race for President with near 1500 views already. The commercial emphasize why Republicans and Democrats are not fit to lead America at this time. Please watch it and share this with your friends. https://www.youtube.com/watch?v=4otwMXGzvac

These times are hard times in the trenches. It seems to be the nature of contributions and donations to follow winners, rather then those who are maintaining the high ground. Campaigns are not cheap and if you sacrifice your principles you'll find its only a very expensive war that could take your whole life that is necessary to get them back. THERE IS SOMETHING GOING ON - ITS DARK BEFORE THE DAWN 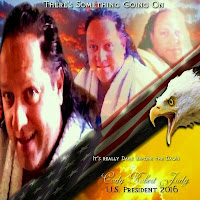 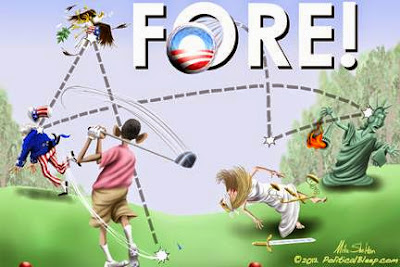 Of course we have the 2014 election to worry about, but its over now and the 2016 Campaign begins now. Please send your contributions and help with the ABC (American Birther Campaign) today and my election for President in 2016 and Join the 244 of us now on my Facebook Cody Robert Judy for U.S. President 2016 site.

Posted by Cody Robert Judy at 2:40 PM No comments: