Americans Tire of Being Called Racist by Race-Bating Media 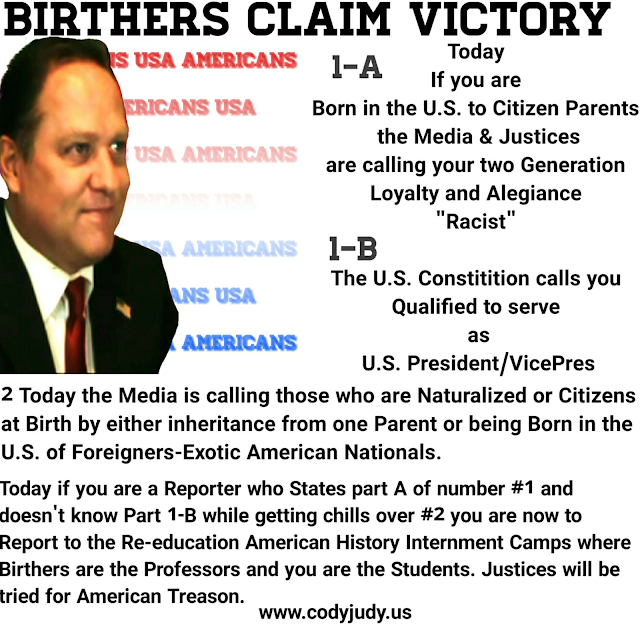 Americans Tire of Being Called Racist by Race-Bating Media

The Main Stream Media  with all of it's professionalism, glamor, and advertising revenue was called "very corrupt and so dishonest" by President-Elect Donald Trump about as much as Democratic Party Coranated Candidate Hillary Clinton lashed out "Donald Trump was the leader of The Birther Movement that tried to de-legitimize America's first black President. " When it suits the Main Stream Media  (MSM) they sting Candidates with Fact-Checkers , but what about the same principles applied to them when it comes to exposing the 'corrupt and so dishonest' agenda that spews out like garbage on the American People? 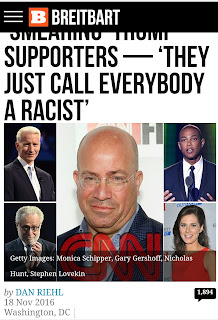 Racism is a crime in America and it's time that Race-Baiting be seen as an Agenda driven passive aggressive reporting tool used to incite violence and Injustice upon those it is being used against by the MSM.

Frankly, I'm appalled by the dishonest Reporting that have hidden and covered up the Facts on so-called Birtherism as a Racist Bigotry Movement as if it was the new KKK of America, when as I'll show you, it is exactly the opposite and worse the MSM has been continually notified about the Facts making their action pre-meditated .

Through the GroupThink syndrome of many MSM Sources, that seem to feed off the toxic air of their favored Candidate , they have set-up Camp on anti-American values and principles that requires an almost constant barrage of Race-Baiting Tactics. The crisis victims are the people who are trapped in their exclusive coverage-  The Democrats.

Recently Jeffery Lord stated in a quick rebuttal on Anderson Cooper's 360 that, " Birtherism" was in no way Racist .  A panel of four others along with Anderson Cooper were aghast. Mr. Lord brought out two facts to back up his assertion.

1- Chester Arthur who served as VP and took over as President after the President was assassinated  was born in Canada .  He was "caucasion" and suffered such a ground-swell of opposition as to not being Constitutionally Qualified that he burned his identification.

2- Sen John McCain , also caucasion, was born in Panama never acknowledged as a 'State' of the Union was sued as the GOP Nominee by this author as a Presidential Candidate with Standing in 2008. The Judge abstentiously delayed ruling on the Case until after the Election and used McCain's loss as Evidence pointing to Obama as the responsible Candidate for Qualification due to his winning calling the claim against McCain after the Election "moot".

Why has the MSM, including Wikipedia , actual singularized Birtherism as poignantly against Obama? Why did Candidate Clinton continually bring up Obama's "color" as the factor of Birtherism when the facts present the concern against two caucasion people who either inherited or came within a hair of the Office of President? And why has the MSM suddenly victimized Muslims as a tenant if Birtherism when not one Law Suit insist or claimed a Religious Test for the President was in violation? These are Legal Facts the MSM chooses to cover-up and ignore.

On top of that, why has the MSM not covered in their presentation that every U.S. President Since the Founding was a [ Citizen at the time of the Adoption of the U.S Constitution ] or a [ natural born Citizen ie. Born in the U.S. to Citizen Parents ] accept Chester Arthur and Barack Obama? 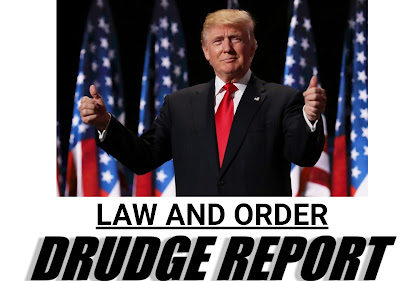 The Law & Order never changed. In fact the Legislative Mandate remains [ Born in the U.S. to Citizen Parents- as defining ( natural born Citizen) through eight attempts to change it since 2003 that all failed, as well as the Judiciary Committee of Congress taking up Hearing on it in 2000 and it failing.

These are not ancient relics in Case and Legislation requiring weeks of microfilm study and deciphering of hand-written ACTS .  These are very well Googled and typed in discernable faunts.

As a Candidate for President in the Democratic Party twice, 2012 and 2016, I can attest with some 15 Cases I've been involved in from sea-to-shining-sea across America including two in the U.S. Supreme Court 12-5276 & 14-9396 , that the Standard of Race-Bating Corruption and Dishonesty bluntly covering up and denying the Facts meets the definition of Corruption and Dishonesty.

I am Taking A Stand, I have Taken A Stand, and I will continue to Take A Stand to Expose the dirty rotten corruptive corrosive and hellish stinking cesspool that is dripping out the MSM Facet labeling Americans , who have with their loyalty and allegiance of two generations, born in the U.S. to Citizen Parents, qualified for the Office of President and been called "Racist- Biggots" by the MSM.

It is especially pungent that this American  loyalty and allegiance receive such nefarious ridicule and that well educated , articulate, and beautiful people on the outside in the MSM can be so ravenous and horrid on the inside as to disparage Facts and Evidence as horrid as Mrs. Hupp, recently featured on Dateline as stranger-than-fiction in an unscrupulous insanity willing to harm innocent people to absolve her own greedy selfish incessant appetites for murder, in the order of looking like an angel.

To say JUSTICE for ALL is the Standard and than to disparage the poor with Injustice is a horrendous moral outrage of the current U.S. Supreme Court Justices, that unless somehow reversed and revisited or recompensed will remain a stain upon the MSM and Justice in America as a Race-Baiting Merit Badge by Corrupt Justices as the Example of Corrupt Political Practise that can only be regarded as Treason on Truth, Treason on Justice, and Treason upon the United States of America!

If President Elect Donald Trump and his Justice Department decide to do nothing about this, we will know it is business as usual and the Establishment Purge of both Major Parties the American People voted for in Electing him was a waste or is at best window shopping. The People looked but could not have any Justice.

There is no Minority who is willing to sacrifice Justice on an individual who can claim a Righteous Cause; but only a Fraudulent one by the means of Race-Baiting - Repugnant Hypocrisy in the Almighty Creators Cannon of inalienable rights.

The [natural born Citizen] Qualification for the Office of President was not a qualification about race, color, religion, or sex. It is,was, and will continue to be simply a qualification of Time in allegiance to this Nation.

God Bless America and may God Bless our U.S. Constitution.

Posted by Cody Robert Judy at 9:19 AM No comments: 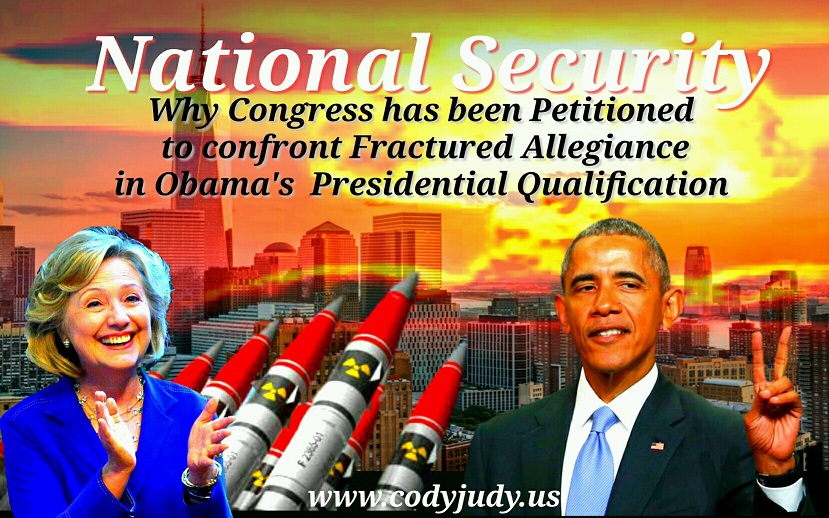 Americans lives and our National Security cannot be Risked to Fractured Foreign Allegiances due to the Loss of the U.S. Election- Congress must ACT now.


The two document Petitions are quite explanatory to the U.S. House of Representatives and the U.S. Senate with the relevant Facts that Hillary Clinton as Secretary of State indeed had a Private Server that she and Barack Obama were communicating through to the chagrin in the accountability of FOIA. It has also been well established that Hillary Clinton had many Foreign States that were contributing heavily to the Clinton Charities with the expectations that she would in fact be the next President of the United States.

This lays open the door for Blackmail of profound magnitude towards the safety and security of our population and National Security. It's just not enough for the good ole hand-shake and head nodd that Hillary Clinton and Barack Obama for that matter communicating with her using a pseudonym was only doing it as a matter of convenience, rather than a cloak of secrecy. 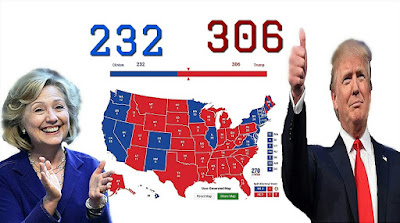 Of course no one else made the decisions to usurp the top Diplomatic Foreign Relation job and run for President. Barack Obama campaigned for Hillary Clinton and we noticed that he remarked his "Legacy" Depended on her winning.

There is just too great a chance that with the fractured allegiance, the fractured intelligence, and the fractured national security that Americans could be the ones that will pay the high price and that is why Congress must in the next week consider the two following petitions and revoke Obama's security clearances and appoint a President in the Interim.

The failure to do so, represents a blatant disregard for Americans' welfare, safety, and the National Security of the whole Country. We have already witnessed Top Secret material at the highest level noticed as compromised. With the Election results completely surprising Democrats and the violent organization of protest amounting to riots smashing shops and even gun violence escalating the fracture, the American Congress cannot sit idly by and watch; hoping the 'set up' and 'black mail' possibilities resulting in promises that now remain unfulfilled due to Hillary Clinton's loss and the connections to Foreign Governments through the Clinton Charities will just go away.

The danger of domestic and foreign retaliations in blackmailing the United States Government are at an all time high and we simply cannot afford any lose ends. Congress must move to suspend Barack Hussein Obama's defacto Presidency now or run the risk of being blamed for excusing criminal action by criminal cover up and the compromise of the U.S. Constitution. 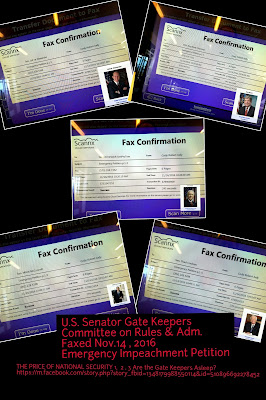 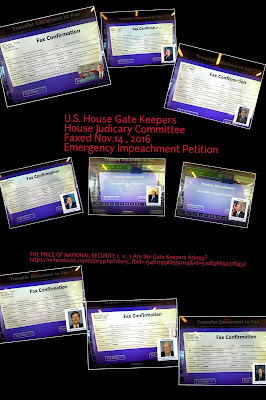 If you missed the Veterans Day Parade in Ogden Utah we have a Recap for your convenience or if you were unable to attend due to health or a disability. We love you Veterans!

P.S. I have thought to relate the experience that lead to this Petition to Congress.

This is pretty incredible. FAX's have been sent to nearly all
the Republican Leaders in the House and Senate in the specific
Committee's mentioned. But that wasn't the incredible thing. The
incredible thing was I went to bed about 11pm last night and
was startled awake with the Revelation that this HAD to be WRITTEN and
written FAST.
I was so bewildered at the information and the dream. I thought, is
Congress even in Session?! I looked it up on my phone and sure enough
Congress is in Session this week and this week only this Month! They
are only in session 1 week in December also.
My computers broke and I text a neighbor at 2:30 asking if he was
awake by chance. I told him of the dream and asked if I could come
over and use his computer to type it out at 2:30AM! I was very
surprised when he replied "Yes". I was out of excuses not to type it
up. My neighbor had said "Yes" without so much as a grumpy word!, and
Congress was in Session! I saw it typed up in my dream in two
Petitions! It was incredible.
I finished up about 6:30AM and got to the Library at 10AM and began
FAXING the 5 pages to the Congressman. Who knows what will be the results, but I only
know and can attest how hard and fast this dream was impressed upon me. I felt as if it
was indeed a National Security Emergency!
CRJ

Posted by Cody Robert Judy at 1:46 PM No comments: