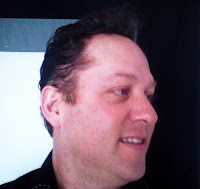 Petition for Writ of Cert to U.S. Supreme Court. Link on scribd

Over the last year we all have worked very hard on the restoration of our U.S. Constitution and I have been happy to rub shoulders with you all.

This letter is really to a point of my consideration and respect for you in that work. Our fight is reaching a critical level in the time that we have to succeed. I don't think I have to tell you if Obama succeeds in becoming the Democratic Party Nominee that the probability of success in overturning that nomination and the billion dollars behind that has a small chance of success.

The damage has been great, but what will be done by Obama if he is allowed to either become the nominee or become the next President is incalculable. I don't have to tell anyone receiving this email that 'precedent' is being set and that precedent isn't about maintaining our Constitution , our Sovereignty, or our Liberty and Freedom. The lines on this are clear and the ever present danger is that we don't have enough people fighting for us.

The mainstream GOP Candidates are running on the 'hope' that our economy will be the manifest for repeal of everything Obama, but what about the history for our children to learn? What about all of our children? It pains me greatly to think about sitting in a History Class with a lesson being taught on the Constitution and how we used to have the freedoms and liberties in that document but foreign powers entered our White House and we became something else and it walked right in through the front door.

Bill Clinton's words have been engrained into the GOP Candidates heads...its about the economy. It appears with Marco Rubio's endorsement of Mitt Romney that a close may be happening in the GOP Race. Let me tell you I am a Conservative on the Constitution and running in the Democrat Party. I am now in the process of finishing a Petition for Writ of Certiorari to the U.S. Supreme Court. These are deep waters as any lawyer would tell you and when it comes to this level we are facing the same argument as we did in 2008 with 'standing'.

The problem with no main stream GOP Candidates taking a stand is viability. Independents are hard pressed to challenge Obama outside the Democratic Party as well. I am one who is challenging Obama within the Democratic Party because it makes the most sense right now in the Primary Season. That's the politics of party. I'm hoping the U.S. Supreme Court sees it that way too but I need your help.

Its important that all those who believe in the Constitution come together and set aside our differences for the common Supreme Law of the Land our U.S. History is built upon. God forbid it to come crashing down. As lawyers know, its important when Petitioning the U.S. Supreme Court to have Amicus Curiae's lined up and that's what I'm going to encourage you to start doing now, because once the Writ is filed you only have 30 days to file it. We need to have our ducks in a row and we cannot afford to dittle. The Primary Season is blossoming as fast as the trees are now and the time is ripe. Its a now or never proposition and we have to act now.

Of course there will be those who say I will stand on the sidelines and watch this go up in flames, but do you really want to have that as part of your history? I don't , that's why I'm in this fight and you know it is right. There's always something that will tickle your heart or your mind about someone who is Taking A Stand for something that is right even if it looks like a losing battle. I assure you there are many people just waiting to jump ship and all we need is one win. Come with me and lets get that win now.

Citizens who are not lawyers can help by supporting those who are and are in the fight. I need help in printing 50 copies of a 40 page document and paying for filing fees. That's just the first paper. The good news is I think there is a chance. The U.S. Supreme Court has never... let me say that again.. never had a petition in front of them with a Presidential Candidate in the Democratic Party while the Primary Season was still going on. The timing is right to avoid the 'political doctrine question' that makes Justices shrink because a major party has already chosen a nominee.

Once that happens, anyone should be able to tell you the proposition to the U.S. Supreme Court gets about 99% tougher and we are fighting uphill already. Please dig down in your heart and bend down on your knees and ask you Maker what you can do to help, because as I have described for you now is the time.

The election in the Primary Season has to be where Obama is stopped and you can see right now that the Administrative Courts and Law Commissions don't have the chutzpa to face down someone whose moved in to the White House. We need the U.S. Supreme Court to use its Supervisory Powers and for all intensive purposes its irony that my Writ For Certiorari is going to come landing on the desk of Justice Clarence Thomas with everything we've got including Sheriff Joe's Cold Case Posse results and a Presidential Candidate in the Democratic Party with multiple State Court ruling run amuck.

I'll tell you plainly it was Higher Providence which had Sheriff Joe's finding released on March 1st,2012 and the deadline for me to respond to Obama's Motion To Dismiss in Georgia on March 2nd,2012 so that I could include that, which is now on record to report to the U.S. Supreme Court!

Please visit me at my web site www.codyjudy.us and make a contribution because this isn't just my campaign it ours under the Constitution.

Let me again remind you that the primary season is rolling down hill very fast now and if Obama is not kicked out of it he's going to be the nominee and you won't find a U.S. Supreme Court Justice willing to tackle the question then. If I file my petition within the next week and we have 30 days to see some Amicus Curiae's roll up the Court steps, and the U.S. Justice's see what's taking place in the lower courts before a Democratic Nominee is chosen at the National Convention we have 'good fertile ground' for success in having the Writ of Certiorari granted and this is a key.

We won't have another opportunity to do what we have been working so hard to do, so its' get in the fight now or pack it in and see Obama pictured forever as the 44th President for our children to admire in their history books.

Enjoy my latest video at YouTube as I take a walk down memory lane from my childhood years to my professional horse training experience and finally to politics from 2002 until 2012 in a new song I did called Moon Walker. The chorus lyrics say "you dont' know where I've been and you don't know where I'm going" and I don't think Obama has any idea about that being his termination at the White House and my walk into the U.S. Supreme Court which I believe will ultimately lead the way for Congress to come in with Hearings of verification for qualification and get to the bottom of this.

Wait till you read my Writ of Certiorari its going to knock your socks right off!