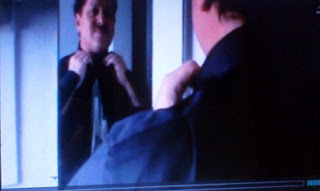 The FUTURE is looking Bright for 3rd Independent Party

Constitution Defenders have two extremely bright reports for a 3rd Independent Party rising out of the crisp Constitution burning in the Republican and Democrat Party.

Eric Cantor and Paul Ryan are pretend conservatives with plans to cave on universal background checks.

[The] Republican Majority Leader is leading the charge to cut a deal with President Obama.

The following are just some of the threats to our 2nd Amendment liberties that Republicans are about to shove down our throats:

1.The NRA is cutting backroom deals to centralize gun owner data collection into the Obama/Holder massive government data base.

A centralized system is less costly to fight and far more lucrative for the NRA to appear to be “fixing“.

Like all establishment political lobbies the key to their job security is assisting in making problems they end up being called upon to “fix“.

2. Republican Majority Leader Eric Cantor is leading the charge to give Obama and Holder what they want in exchange for appearing to be “fixing” the problem of innocent children being butchered in our public and private schools.

4.Political insiders have confirmed Goodlatte earned his brand new chairmanship by ignoring the constitutional demands and grievances of every Republican Unit Chairman in his own 6th district.


5.With Republicans in control of the US House of Representatives gun control legislation is already beginning to see so-called “conservative champions” folding to pressure from the anti-gun media to sell-out gun owners.

7.In the House, Majority Leader Eric Cantor, along with the help of Rep. Scott Rigell (VA), Patrick Meehan (PA) and others, have stated openly that they will work together with anti-gun Democrats from Maryland and New York to tighten restrictions on private firearms sales and expand background checks.

8.Possibly even more upsetting has been Senator Tom Coburn’s willingness to work alongside anti-gunner Chuck Schumer (NY) to propose “bi-partisan” anti-gun legislation in the Senate.

Make no mistake, so-called “expansion” of background checks is little more than a blatant attempt by anti-gunners to register all firearms and gun owners in America and that's why the future is looking bright for America's 3rd Independent Party.

I also wanted to publish for readers a consideration to keep in the back of your mind. Its a response from me to an article written by Lawrence Sellins who I always enjoy reading. Here's the article link I responded to and did so because we do need hope and faith in our day that allied to our Constitution our Land can maintain freedom and liberty under the United States Constitution, while providing a place for dreams to come true we don't have to abandon our poor and needy or our elderly and sick.


Nice article Lawrence, always like your writing style. You know in reading that it makes you wonder about the 2nd Coming of Christ and how exactly Zion will be set up? Christ of course taught Peter and the Church was set up on that kind of a system, all contributing to all and receiving all in a consecration type of 'utopia'.

What it seemed is that you identify "selfishness", and "greed" as values of a whole society unworthy of a "utopia" but exterminating those values wouldn't lead to such; so 'dystopia" is all there is to look forward to or to hope in?

Its a very difficult thing to address but one every great writer should consider. Jesus had a society where all contributed to all and all received all that was needed. The matter was self exposed in the story in Act 5.

What I was wondering or intrigued by is the question in my mind about what you felt was the difference between what your advocating and how Jesus had set up his Church on Earth which then Peter inherited as leader because obviously as Christians we keep that in mind, but you kind of left it out of your article when Christ did indeed have that kind of a system.

With Christ example however it was indeed the Sadducee and Pharisees that wrecked utopia (Zion) and not Christ and I'm not sure why his example is not used in speaking of a perfect society in the positive sense,as "Plato's Republic" to the French Revolution to the "Communist Manifesto" were used as negative notes of failure.

I think if people lose hope in such a system of perfection, Christ certainly would be considered an enemy by supposed Christians upon his return, wouldn't you?

Of course barring in mind when an elected Legislature betrays the system of checks and balances meant to keep our Executive Branch in check, I suppose a sign of weaknesses under our American Constitution is understood. As our Legislature or the elected Representatives don't have the collective will to remove Obama as a non-natural born citizen, they invite their own removal and stoke the public perceptions to question.

Certainly is interesting times we live in.

Of course a Christian believe is indeed set up to embrace a King system, understanding that under a righteous King indeed lays a 1000 year Millennium as the Bible teaches if Christians do believe in the Bible's prophesy and have not deposed it to a Dystopia.

Inspiring the balance is probably only achieved by the complete wrecking of what we have known as we well deserve in the sins of pride and greed and selfishness, which ultimately we are seeing.

I hope you will keep the inspired hope alive in your powerful writing, as we as a society and people do need to believe in righteousness and truth.

Of course I know you have blasted both Dems and Rep. in the utter failure of defending our Constitution and ultimately our Constitution which if followed I do believe is a good balance allowing freedom, choice, and defending those rights set therein, and providing a system of charity where Christianities highest principles of grace, mercy, and justice can prevail.

We do need to have a hope of perfection, to maintain a hope in God's Heavens.

Always a pleasure reading your writing.

More and More people I think are starting to understand that the Republicans and Democrat Centralized Party system controllers have paralyzed our United States Constitution and there's no denying what they are up to.

With both parties unwilling to address the natural born citizen clause of our Constitution and apply it with Obama as not a natural born citizen, there really is no obstacle between breaking up the United States into less then a perfect union. Obama's lack of transparency is even recognized today here with the mainstream lamestream, as MSN covered a Slate article that called Obama's transparency an Iron Wall.

This then defines the place and work for the 3rd party. We all know the other parties will gravitate to what is popularly supported. If the American People will support this effort Obama may be retired much earlier based on the Constitution.

If your still with me you gotta check out my new song and some awesome stunts I did in the video that included jumping from one train to another!

Check out Cody's new song here: I AM YOUR MAN


Posted by Cody Robert Judy at 1:46 PM No comments: