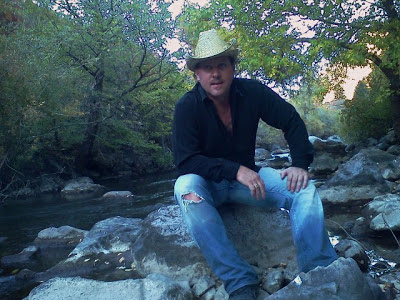 Glenn Beck is finally making a little bit of sense, and so is Rush Limbaugh as they are coming to grips that the Republican GOP, is about as dead to conservatism as dead can be.

That spells big trouble for America though. Under Obama the left extreme of the Democrat party is hogging the remote control. Have you ever been in the room with someone who hogged the remote control and constantly turned the volume up and down till you felt you were going to go crazy?

America is struggling; the conservative principles of the Constitution, our sound economic welfare it guides, and simply the common sense most of us regard as essential for success are all struggling as they are being diluted out of existence and or set on the chopping block.

The conservative radio voices are seeing more and more the signs that Obama's directed Fast & Furious gun-running as a domestic operation paralleled in the big fat shadow of Libya "gun-running" to the supposed 'rebels' - al-Qaeda that is a global militant Islamist organization founded by Osama bin Laden between August 1988 and late 1989.

One might wonder at Obama and his gratitude towards Osama bin Laden, supposedly killing him, or at the very least "using" his corpse as thunder for the 2012 election. Indeed al-Qaeda members ought to be suspect of their being used by Obama for good reason - he has a capacity of justifying their death and cannot be trusted.

Its kind of like putting an un-loaded gun in someone's hands and then accusing them of drawing fire first while you lay waste to them. Now, al-Qaeda is not my concern, however, if Obama has no problem putting al-Qaeda members and leaders to death and laying seize to the United States Constitution at the same time in his own conspiracy, America can make the conclusion that there is a third party involved of which al-Qaeda at one time fought against- the communism of old Russia as in the invasion of Afghanistan, or even China?

One must ask why China has so stealthily been building a nuke program that now rivals Russia's and the United States? Why are we considering North Korea's test so threatening? In Obama's wild-cow-eyed insanity to dis-arm America he has sparked through gun-running operations to Mexico and Libya the biggest buying operation in U.S. History , and he has provoked the biggest build up of nuclear arsenal in China's history. http://online.wsj.com/article/global_view.html

If for instance Russia wanted to provoke a war aided by Obama at China, al-Qaeda might be the necessary first blood spilt to neither sides grief accept the members of al-Qaeda. Running arms to Syrian rebels (al-Qaeda - Muslim Brotherhood) through Turkey is supposedly or in-directly a real jab at Russia much the same as if Cuba started conducting military recon flights over Florida and testing their own nukes would be to us.

Syrian President Bashar al-Assad has had no better friend than Vladimir Putin's Russia. Last week, three Russian ships reportedly headed to reinforce Syria and China has all but given Syria a licence to kill. http://news.yahoo.com/blogs/ticket/russian-chinese-vetoes-gave-syria-license-kill-white-213415115.html

You really have to start thinking about the integrity of Obama and his Administration when you see them siphoning gas out of your own cars gas-tank, but that's exactly whats happening and Glenn Beck and Rush Limbaugh are showing signs of seeing the light.

The only problem is the 2012 election is over and all of their strength instead of being used in the right place, which would have been supporting candidates for President, like myself, in the Judicial actions of removing Obama by the Constitution's demand for a 'natural born citizen' in the United States Supreme Court is gone, but that doesn't mean it can't be helped.

Now, just for a minute think to yourself, if Glenn Beck Rush Limbaugh, Sean Hannity and the rest of them,had decided to get behind a real candidate supporting the Constitution, not just by his lips but by actions, (such as SCOTUS CASE # JUDY V. OBAMA 12-5276) and threw their weight behind someone like me, your talking 60% of Republicans and nearly 25% of Democrats and massive demonstrations outside of the Supreme Court, do you think Obama would be in the White House?

Today, Glenn Beck went off on former Sen. Chuck Hagel and Obama's CIA Director nominee John Brennan playing clips of his statements referring to Jerusalem as Al Quds (Muslims identity of Jerusalem). Obama has no inhibitions or concerns about alienating and distressing the vast majority of Jews who voted for him and who he now takes for granted.

Hagel faces charges he's received compensation from foreign governments and from an organization called the Friends of Hamas and he's never voted for sanctions against Iran.

Former Governor Mike Huckabee said today , "If true, it absolutely disqualifies him for any consideration even so much as to be a gatekeeper at a national park much less the defense secretary,"
http://www.cbn.com/cbnnews/politics/2013/February/Senate-Committee-to-Vote-on-Hagel-Appointment/

What doesn't make any sense at all is that Glenn Beck, Rush Limbaugh, and the Conservative talk show bunch would be up in arms about Obama's appointments whilst they have no objection to Obama in the White House as a walking talking violation of the United States Constitution's demands for a "natural born citizen" unique from the qualifications of U.S. Representatives and U.S. Senators also found in the Constitution.

That is like complaining about the seeds of a weed blowing about after you confirmed the weed being planted in your garden as a particular fruit you'd accept. I mean what did they expect from a guy whose not a natural born citizen in the White House or to put it a different; do you think Glenn Beck and Rush Limbaugh would be complaining about "nominations" of Obama if Obama wasn't in the White House at all? Of course they wouldn't.

Many people think that because Obama was re-instated illegally and unqualified that somehow makes it okay. It doesn't. I mean if robbing your gas tank was illegal yesterday and the day before its still illegal today and tomorrow. If a weed is bothering you do you think trying to catch all of its seeds is the right course or do you just rip it out by the roots?


Of Course we do need a movement in the Conservative Grass Roots of America, but that movement must be founded in the strengths of our Constitution and if you can't agree that ignoring the qualifications of the President in the Constitution has caused us much more grief then losing the 2nd Amendment or losing Freedom of Speech, you have got your head tied up in a pretzel on whom it is assaulting these rights and threatening them.

Now the sooner they start talking about the root of the problem, which was the abandonment of the Constitution in the qualifications of the Office of the President, the sooner we can get back on track.

Posted by Cody Robert Judy at 12:44 PM No comments: Links to this post