It Ends, Stops, It Starts and Begins with You 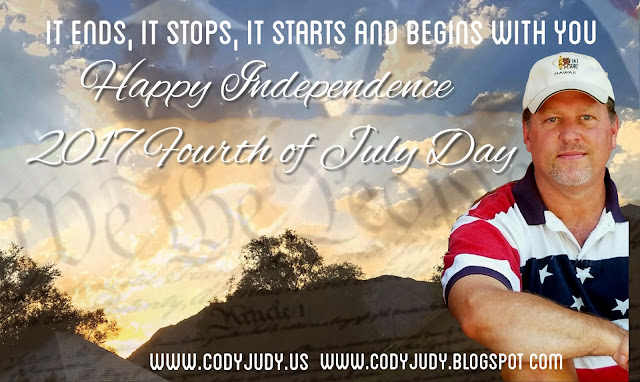 It Ends, Stops, It Starts and Begins with You

As I recall running for Congress, the Senate, and President over the last 17 years, 9 years of litigation in Civil Courts against all odds the many sacrifices of myself,  family, and friends that did not pay a monthly check, I'm reminded it didn't go to well for many of our Founders.

They pledged their lives, and fortunes to the Constitution of the United States of America. I remember well at 25 years of age being consumed with getting ahead and not thinking or caring of these sacrifices I didn't make.

It was being in the System, seeing the good, seeing the corruption that changed my attitude. Unfortunately, that included a loss of what I thought were my "Civil Rights".

They are good only as long as there is a People willing to Take A Stand. Those who do are often the subjects for doing that of derision and a loss of Justice.

From Spencer Wells:
Have you ever wondered what happened to the 56 men who signed the Declaration of Independence?

Five signers were captured by the British as traitors, and tortured before they died.
Twelve had their homes ransacked and burned.
Two lost their sons serving in the Revolutionary Army; another had two sons captured.

Nine of the 56 fought and died from wounds or hardships of the Revolutionary War.

They signed and they pledged their LIVES, their FORTUNES,
and their SACRED HONOR.
What kind of men were they?
Twenty-four were lawyers and jurists.

Eleven were merchants, nine were farmers and large plantation owners; men of means, well-educated, but they signed the Declaration of Independence knowing full well that the penalty would be death if they were captured.

Carter Braxton of Virginia, a wealthy planter and trader, saw his ships swept from the seas by the British Navy. He sold his home and properties to pay his debts, and died in rags.

Thomas McKeam was so hounded by the British that he was forced to move his family almost constantly. He served in the Congress without pay, and his family was kept in hiding. His possessions were taken from him,and poverty was his reward.

Thomas Nelson, Jr, At the battle of Yorktown noted that the British General Cornwallis had taken over the Nelson
home for his headquarters. He quietly urged General George Washington to open fire.
The home was destroyed, and Nelson died bankrupt.

Francis Lewis had his home and properties destroyed. The enemy jailed his wife, and she died within a few months.

John Hart was driven from his wife's bedside as she was dying. Their 13 children fled for their lives. His fields and his gristmill were laid to waste. For more than a year he lived in forests and caves, returning home to find his wife dead and his children vanished.

So, please take a few minutes while enjoying your 4th of July holiday and silently thank these patriots.

It's a small price for the price they paid. It is worth Remembering: FREEDOM IS: NEVER, EVER FREE

They put it ALL on the line for us; as has every Service Member since.  The very least we can do is--say thank you.
Posted by Cody Robert Judy at 7:30 AM No comments: