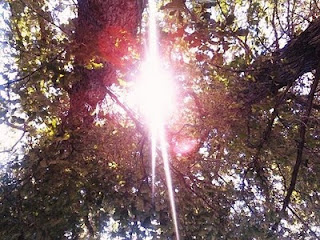 Wow it’s the 4th of July all over again for Utah on the 24th of July! We get spoiled with rodeo, parades, barbeque, and of course fireworks. On July 24th 1847 the first pioneer wagons blazed into the Salt Lake Valley. We are very proud of our entry into the Union as an Independent State within the union of the United States of America but it took a long time!

July 24th isn’t the Utah’s entry into Statehood, which was Jan 4th 1846 as the 45th State into the Union, but many artificially recognize it as a celebration of peculiar nature for the State origin, so it’s easy to mix up. The 24th of July is officially known as Pioneer Day. Of course images of the pioneers coming into the Salt Lake Valley stir up memories of exactly why they had come, and that clearly was to escape religious persecution. Utah’s Constitution is an Ace ahead of the United States Constitution when it comes to religious persecution, which I’m very considerate, respectful, and thankful for.

The unique particular of Utah becoming a State into the Union- During the 1870s and 1880s, laws were passed and federal marshals assigned to punish and harass polygamists, confiscate church property, jail polygamists and deny jury trials or voting rights to all polygamists. In the 1890 Manifesto, the LDS Church finally agreed to ban polygamy.

When Utah applied for statehood again in 1895, it was accepted. One of the conditions for granting Utah statehood was that a ban on polygamy be written into the state constitution. This was a condition required of other western states that were admitted into the Union later. Statehood was officially granted on January 4, 1896, over 30 years after the 60,000 population requirement for statehood had been met.

This of course today is seen as a travesty in the face of U.S.C. Amendment I. which states “that Congress shall make no law respecting an establishment of religion, or prohibiting the free exercise thereof;” The Christian Bible clearly did not abdicate polygamy, nor did it sustain same sex marriage as many of the States in modern time have passed. The unintended consequences of de-population have contributed to a host of problems that we are seeing now, which ironically, polygamy may have helped making it a ‘law of nature’ that has consequences in not being followed by mankind.

The biggest irony of this clearly,( ¾ of the world actually practices polygamy, and here may be a reason) is the desperate attempt now for the Federal Government to fund entitlement programs without an up and coming generation of Americans. People wonder why Washington has the audacity and hope to consider mass population with amnesty programs? Clearly it is an attempt to come up with contributions towards Social Security, Medicare, and any other underfunded Government Program that may need some funds because younger people just are not having as many children for which these programs for the elderly were to be shouldered and actually depend upon.
We are all familiar with the number of persons going down supporting Social Security for example: use to be 10 to 1, went down to 6 to 1, now we’re at 3 to 1 and the Government that made laws, is discovering very quickly the way they have bit off their tail to spite their own head. It is interesting debate for sure, but clearly the Laws of Nature will not be governed by The Feds.

One only need to study a ‘Law of Nature’ in a little more detail to find that Gods Laws are for our good, and we often find out sooner or later that we weren’t too smart in comparing polygamy to slavery.

Anyway, what did we expect, some grand reward for stiffing God in the face? It’s another quadric to see the majority of pro-lifers vehemently opposed to polygamy, as if God is not counting the one’s they are prohibiting from coming down in their idea of his grace denying some soul that ability. It’s a truly confused world I tell ya, and I don’t have all the answers, just here like you trying to figure some things out.

Utah celebrates Pioneer Day July 24th as a celebration of the first wagon trains entering Utah. The struggle for water and to plant gardens were immediate first task upon entering the valley, and that tradition continues all over Utah, as a industrious people, it’s almost hard to go into any neighborhood and not see someone out in some garden, of course I have mine also and prepared a little video for the Celebration of out Utah Pioneer Day.


If your more interested in Utah history check out the wiki page here:
http://en.wikipedia.org/wiki/History_of_Utah

Posted by Cody Robert Judy at 8:19 PM No comments: