Re: Historical Influences of Pres. George Washington in Modern Day
[The Mount Vernon Vision]
[We envision an America where all know and value the singular story of the Father of Our Country. Ever mindful of our past, [we seek innovative and compelling ways to tell the story of George Washington] so that his timeless and relevant life lessons are accessible to the world.]
http://www.mountvernon.org/about/

Thank you so much for all of your efforts in preservation of U.S. History in regards to your authentic integrity in honoring the noble character of principle in President George Washington and bringing to life his Estate for all in our modern day. Our crossroads of interest certainly intersect in the incredible influence Today of President Washington's Past. My own interest has come to light in different ways, I am a bit ashamed to say, not so much in books and study as I'm sure has influenced yours greatly, but by way of rich personal experiences in dreams, that have had a significant impact upon me, and effected much of my action over the last 17 years. 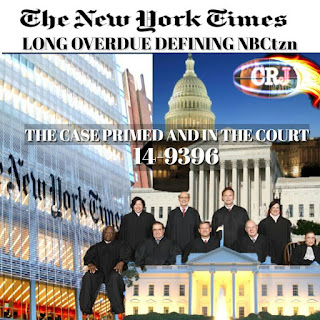 Since the year 2000, I have run for Utah- U.S. 2nd District Representative, Utah-U.S. Senate three times, and U.S. President three times '08,'12, and '16 without being Elected to Office. One might say the result were failures, but when one looks and accounts to influences and history, the story certainly begins to expand. It is a fact that I am the only person who ran for President in U.S. History that has testified under oath against another Presidential Candidate for not being qualified for Office according to Article II, Section 1, Clause 5. It is also another fact that I am the only person who has a Judicial Branch Historical Record against both Republican Sen. John McCain [ https://www.scribd.com/document/334330694/Judy-v-McCain-Federal-District-Las-Vegas-Nevada ] and Sen. Barack Obama culminating in the U.S. Supreme Court Record 12-5276 and 14-9396 as well a Received but Lost [Petition to Individual Justice Gorsuch] (pending) and also Recorded in the 10th Circuit Court Docket of Case NO. 17-4055  [ https://law.justia.com/cases/federal/appellate-courts/ca10/17-4055/17-4055-2017-08-15.html ]. There are some 17 Cases also represented in the Lower Judicial Branch Courts filed across the whole Nation represented the States of California, Nevada, Utah, Georgia, and New Hampshire.

These ACTIONS represent a timely and honored distinction to the Root of the qualifications for President that found its way into the United States Constitution constructed in the seed of John Jay's letter to George Washington ultimately portraying the men who were becoming the First Chief Justice of the U.S. Supreme Court and First U.S. President in the following:

​​​​​[Permit me to hint, whether it would not be wise & seasonable to provide a strong check to the admission of Foreigners into the administration of our national Government; and to declare expresly that the Command in chief of the american army shall not be given to, nor devolve on, any but a natural born Citizen.] 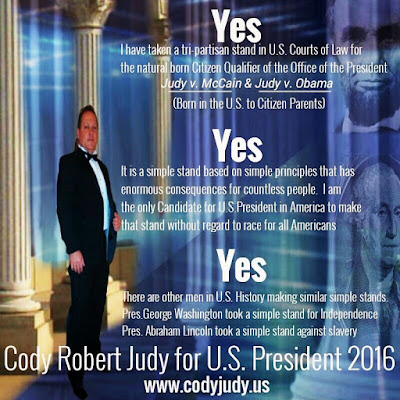 One might say the Actions are Goals also associated with the admirable values in the related text 3,4 and 5 of 5 of MOUNT VERNON'S VALUES found at Link: [ http://www.mountvernon.org/about/ ]

[We have a bias for action: We plan deliberately and act boldly.]

[We are forward-thinking: We embrace innovative ways to tell Washington’s story both on the estate and to an ever-changing world.]

[We embrace civility: We strive to embody George Washington’s courtesy and hospitality at all times and to all people.]

Regardless of political affiliation we recognize that in Article II. Section I. Clause 5 an exemption was made for [natural born Citizen] in the terms:

1833
§ 1472. Considering the nature of the duties, the extent of the information, and the solid wisdom and experience required in the executive department, no one can reasonably doubt the propriety of some qualification of age. That, which has been selected, is the middle age of life, by which period the character and talents of individuals are generally known, and fully developed; and opportunities have usually been afforded for public service, and for experience in the public councils. The faculties of the mind, if they have not then attained to their highest maturity, are in full vigour, and hastening towards their ripest state. The judgment, acting upon large materials, has, by that time, attained a solid cast; and the principles, which form the character, and the integrity, which gives lustre to the virtues of life, must then, if ever, have acquired public confidence and approbation.

§ 1473. It is indispensable, too, that the president should be a natural born citizen of the United States; or a citizen at the adoption of the constitution, and for fourteen years before his election. This permission of a naturalized citizen to become president is an exception from the great fundamental policy of all governments, to exclude foreign influence from their executive councils and duties. It was doubtless introduced (for it has now become by lapse of time merely nominal, and will soon become wholly extinct) out of respect to those distinguished revolutionary patriots, who were born in a foreign land, and yet had entitled themselves to high honours in their adopted country. A positive exclusion of them from the office would have been unjust to their merits, and painful to their sensibilities. But the general propriety of the exclusion of foreigners, in common cases, will scarcely be doubted by any sound statesman. It cuts off all chances for ambitious foreigners, who might otherwise be intriguing for the office; and interposes a barrier against those corrupt interferences of foreign governments in executive elections, which have inflicted the most serious evils upon the elective monarchies of Europe. Germany, Poland, and even the pontificate of Rome, are sad, but instructive examples of the enduring mischiefs arising from this source. A residence of fourteen years in the United States is also made an indispensable requisite for every candidate; so, that the people may have a full opportunity to know his character and merits, and that he may have mingled in the duties, and felt the interests, and understood the principles, and nourished the attachments, belonging to every citizen in a republican government. By "residence," in the constitution, is to be understood, not an absolute inhabitancy within the United States during the whole period; but such an inhabitancy, as includes a permanent domicil in the United States. No one has supposed, that a temporary absence abroad on public business, and especially on an embassy to a foreign nation, would interrupt the residence of a citizen, so as to disqualify him for office. If the word were to be construed with such strictness, then a mere journey through any foreign adjacent territory for health, or for pleasure, or a commorancy there for a single day, would amount to a disqualification. Under such a construction a military or civil officer, who should have been in Canada during the late war on public business, would have lost his eligibility. The true sense of residence in the constitution is fixed domicil, or being out of the United States, and settled abroad for the purpose of general inhabitancy, animo manendi, and not for a mere temporary and fugitive purpose, in transitu.

Story, Joseph. Commentaries on the Constitution of the United States. 3 vols. Boston, 1833.]

Of course the simplicity of the [natural born Citizen] clause has not been lost or misunderstood by Congress in our Modern Day as we see Amendment Suggestions have failed in some nine instances also since 2000. This is hardly an unimpressive wall that historically has not been breached or tread over accept by the malevolent usurpation action of individuals attesting to the tyrannical and radical extremes of individual capacities in the political fields and arenas of such also understood in U.S. History.

These are highlighted in the condensed 9 minute 24 second video Link Here: [ https://www.youtube.com/watch?v=eIvUmA-l8T0 ]

Also in non-binding U.S. Senate Resolution 511.  [ https://www.govtrack.us/congress/bills/110/sres511/text ] To note Sen. McCain is the only U.S. Senator in U.S. History to desire two [naturalization] records first making him a [Citizen] and second attempting to normalize his [ natural born Citizen ] status because he was not born [at the Time of the Adoption of this Constitution] as were the other naturalized Citizens included in the Article II, Section 1. Clause 5 narrowly identified terms. 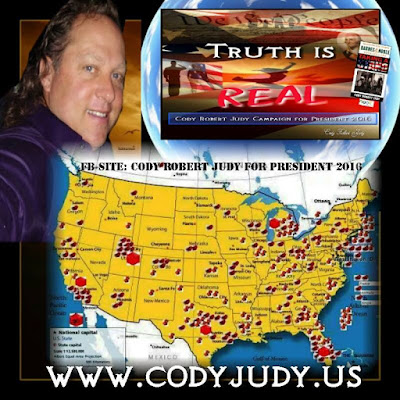 Among many dreams regarding President Washington, last night 12-11-2017, I awoke from quite a detail. I was questioning a man who was quite elderly and begging him in short order not to die before I was able to have a conversation with him as he was a descendant of President George Washington and a key to the living regarding the past with the interest of my own Patriarchal Blessing received when I was 14. I saw many multitudes of small stones representing people framed in a quadrant that resembled the state of Utah and I distinctly recall the desire that was urgent to speak to this man about his knowledge of the Constitution. This is all that I will relay at this time about the dream I awoke from and the fact that it prompted me to write this letter to you all.

In the interest of telling President George Washington's Story in as quoted in the Vision of MOUNT VERNON : [ we seek innovative and compelling ways to tell the story of George Washington so that his timeless and relevant life lessons are accessible to the world.], I can not think of a greater more modern affect than this journey I have been on the last 17 years, nor a figure more prominent in relation to our Nation's Founding.

Underscoring this pronouncement we need not look at anything more than a few political calculations that make this true most especially in the U.S. Justice Department represented in the Judicial Branch, and U.S. National Debt raising 70K per man women and child from 2008-2012- 10 Trillion.

1- Obamacare was not signed by a qualified President - represents more than 1/5 of the Economy
2- Two U.S. Supreme Court Justices nominated by a person who was not qualified to nominate a U.S. Supreme Court Justice, and many more Federal Court Nominations and Appointments.
3. The Trump Dossier handled by the FBI through Sen. McCain received and took to FISA Courts contracted and paid for by the Hillary Clinton Campaign aka. DNC effecting the integrity of the U.S. Elections and much of the credibility in the integrity department of the FBI- one might say the Premiere Agency for Domestic Election Interference or bluntly call the spade a spade in Domestic Enemies and Treasonous Actions.

In ending let me praise your values and integrity towards this great man who has played such an intricate part in both my life and yours, as well seemed an undeniable thread through the pattern of the American Blanket.

If you would like to investigate further my own journey I would invite you to consider these sources:

It would be my Christmas wish come true to see and hear from you regarding an Event that might be planned in the celebration of these Actions and Affairs in honor of our First President - George Washington.
[The Speaking Engagement of CRJ FEATURED AT :  http://codyjudy.blogspot.com/2017/01/3x-us-presidential-candidate-cody.html ]

Thank you and may your best always be included in your Actions for the United States of America in the traditions of and umbrella of The Supreme Law of the Land in the United States Constitution.
Let me also express my wishes for Mount Vernon's very Merry Christmas! 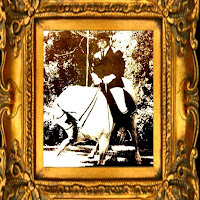 Posted by Cody Robert Judy at 11:34 AM No comments: