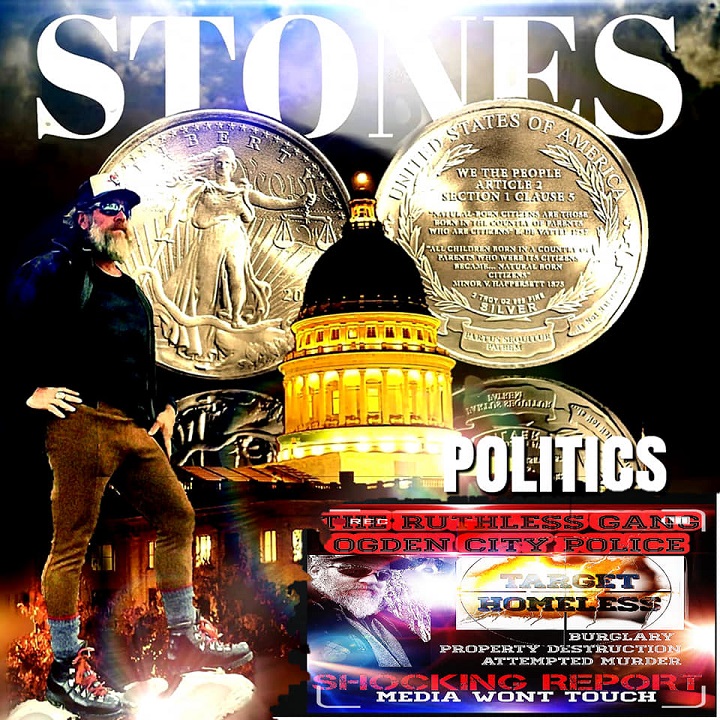 When does law enforcement cross the line and become lawless in their actions? This report is about evidence of unlawful destruction of property, burglary, and attempted murder mercilessly performed by the Ogden City Police Department on a homeless man. 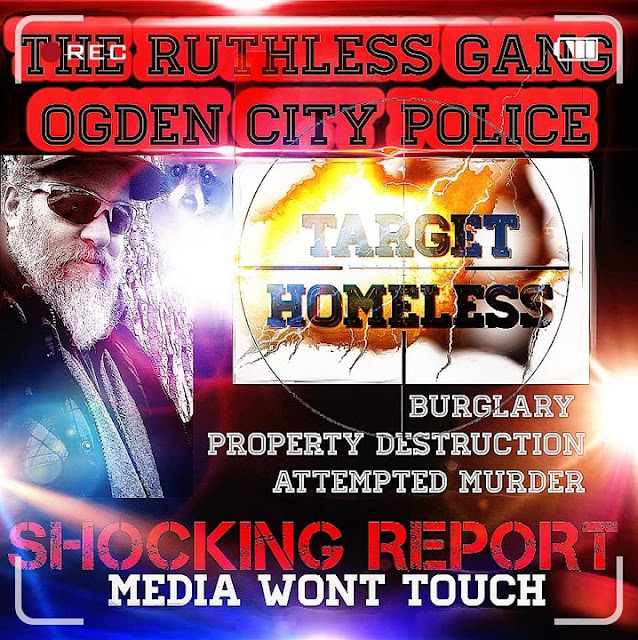 Cody Robert Judy calls for the resignation of Police Chief Steven R. Watt. Restitution and Reparations be made to him for the direct, unlawful destruction of property and attempt upon his life.

Parameters Who are the Pharaohs of Today? Let my People Go! 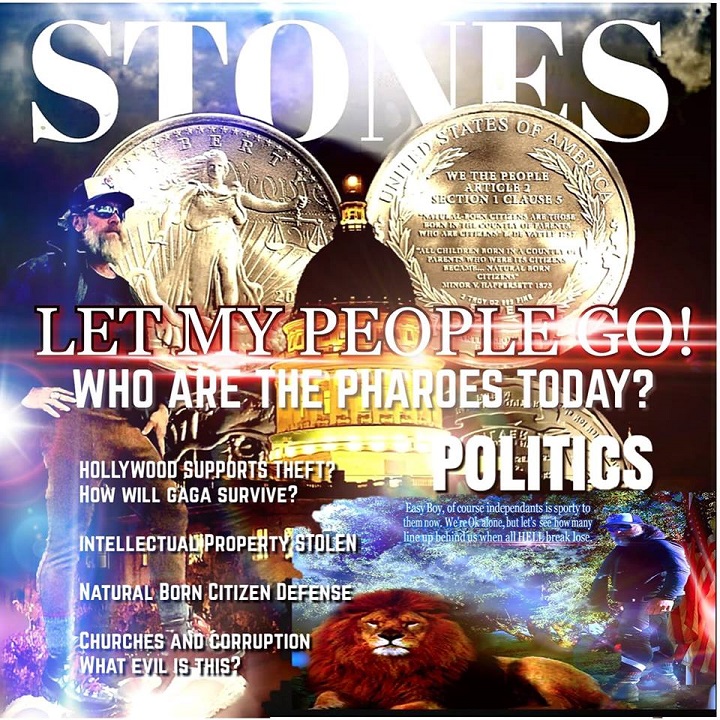 Who are the Pharaohs of Today? Let my People Go!

Political & Church Leaders who have been corrupted are accounted as Pharaoh of Egypt. With the corruption of the Churches founded in Pride & Greed while the Political Class is voiding out the Supreme Law of the Land found in the [natural born Citizen] qualification for Office of the President, we can see that the People are slaves and followers of an evil corruption that is as necessary to purge as in the day of Moses's experience in Egypt.

"Who is the Lord that we should Obey him" said Pharaoh of Egypt which quickly lead to a succession of plagues and evil the people had to suffer.

Why did the Lord do this and How does he cause a failure to come around a Parameter with his Mercy to the children in a great lesson of Pride for the political and evangelical leaders of today?

Posted by Cody Robert Judy at 11:29 AM No comments: 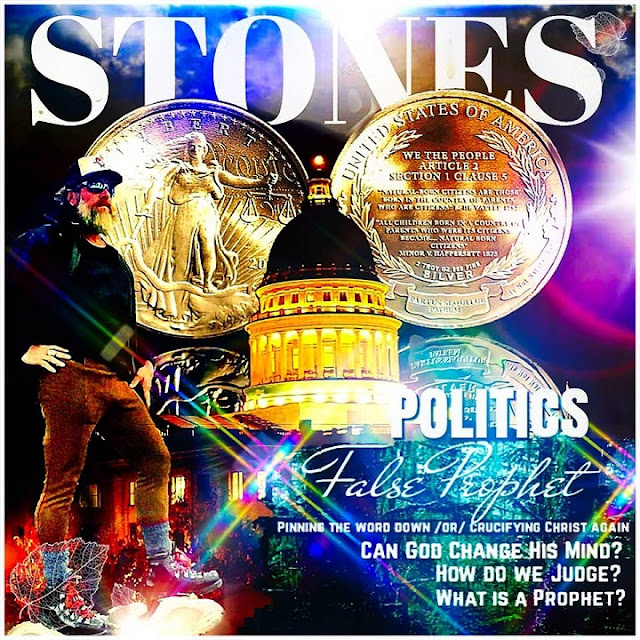 Can God Change His Mind?

In this Teaching & Discussion we ponder the question, Can God Change his mind? What is the Lord's Judgement and how are we to judge? The example of a living word is used against [pinning the word down] is an act of crucifying the savior Jesus Christ... again!

3 Then the word of the Lord came to Jonah a second time: 2 “Go to the great city of Nineveh and proclaim to it the message I give you.”

3 Jonah obeyed the word of the Lord and went to Nineveh. Now Nineveh was a very large city; it took three days to go through it. 4 Jonah began by going a day’s journey into the city, proclaiming, “Forty more days and Nineveh will be overthrown.” 5 The Ninevites believed God. A fast was proclaimed, and all of them, from the greatest to the least, put on sackcloth.

6 When Jonah’s warning reached the king of Nineveh, he rose from his throne, took off his royal robes, covered himself with sackcloth and sat down in the dust. 7 This is the proclamation he issued in Nineveh:

“By the decree of the king and his nobles:

Do not let people or animals, herds or flocks, taste anything; do not let them eat or drink. 8 But let people and animals be covered with sackcloth. Let everyone call urgently on God. Let them give up their evil ways and their violence. 9 Who knows? God may yet relent and with compassion turn from his fierce anger so that we will not perish.”

10 When God saw what they did and how they turned from their evil ways, he relented and did not bring on them the destruction he had threatened.

In those days was Hezekiah sick unto death. And Isaiah the prophet the son of Amoz came unto him, and said unto him, Thus saith the LORD, Set thine house in order: for thou shalt die, and not live.2 Then Hezekiah turned his face toward the wall, and prayed unto the LORD,3And said, Remember now, O LORD, I beseech thee, how I have walked before thee in truth and with a perfect heart, and have done that which is good in thy sight. And Hezekiah wept sore.4Then came the word of the LORD to Isaiah, saying,5Go, and say to Hezekiah, Thus saith the LORD, the God of David thy father, I have heard thy prayer, I have seen thy tears: behold, I will add unto thy days fifteen years.

Samuel is notable in the Book of Mormon as he is a Lamanite prophet. Lamanites generally are described as wicked, and most prophets are Nephites.

After attempting to preach to the people in Zarahemla, and being rejected, he was told by revelation to return and prophesy to the people. He was not allowed into the city. In one of the more iconic stories of the Book of Mormon, he preached on the wall of the city, calling the people to repentance for their sins, prophesying about the impending advent of Jesus Christ in the Old World, and warning of the destruction of the Nephite nation. The people in the city tried to kill him by throwing stones and shooting arrows, but he was protected from harm by divine providence.

FALSE PROPHET
Can God Change His Mind Part I.


Posted by Cody Robert Judy at 1:14 PM No comments: 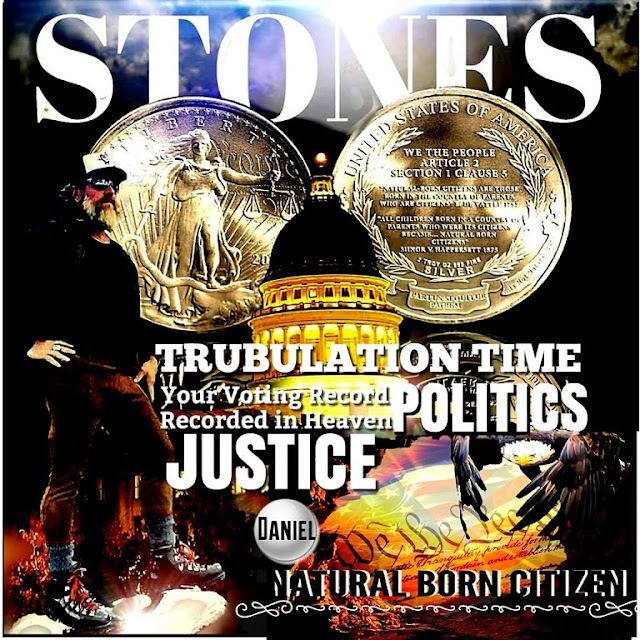 
The Lord woke me up 3X's last night with this message

Many false prophets abound in the spirit of confusion expecting the rapture any time soon. These include Church Leaders and Elected Government Leaders. An accounting is made on the qualifications for the Office of President in the [natural born Citizen] requirement [Born in the US to Citizen Parents] by 08,12, and 16 Presidential Candidate Cody Robert Judy. Christians & Saints-
Woes are pronounced upon those who have called good evil, and evil good; confused light for darkness, and darkness for light; put bitter for sweet, and sweet for bitter!

Those wanting a Wall but refusing to support Art. II. Sect 1. C-5 are called out as hypocrites. Your voting record is recorded in Heaven as it is on Earth.

Parents are asked to recite to their children WHY they are suffering the Time of Tribulation in the abomination that maketh desolate spoken of by Daniel the Prophet and beloved of God. Parents must tell their children it is because they abandoned the Lord's Law and chose evil.


Part I. Rapture Ruptured-Time of Tribulation

Posted by Cody Robert Judy at 1:38 PM No comments: 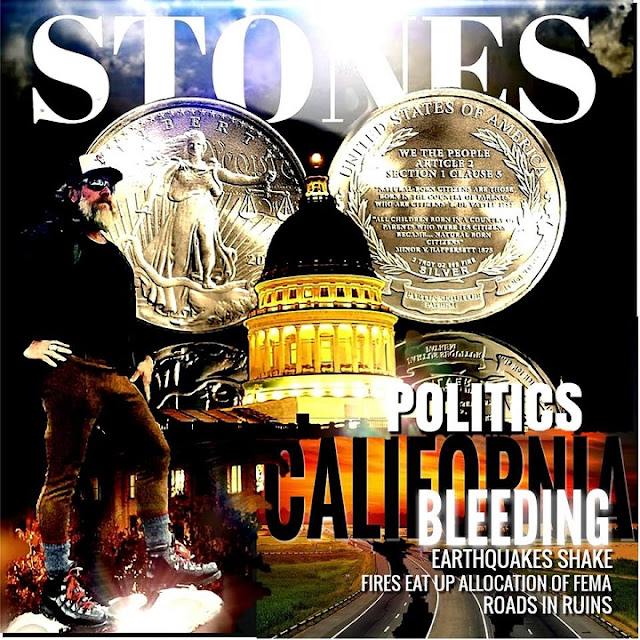 
https://youtu.be/3AVRXrwQObE
Discussion & Teaching centers around the hope of the [sinner]

Additionally Cody Robert Judy reports and recites his Record of Training Horses, Education, and delves into a discussion of why and how the Lord calls out people who are ready to receive the gospel which is the purpose of the Lord.

Ref Matt 9:10 Luke Ch 6: 32-42 and the Dream of looking for a few including one named Katie whose hair was auburn.

[ The name Katie is an English baby name. In English the meaning of the name Katie is: Pure.][Urbin: Katie, a girl who is the total package. She's smart, funny, incredibly athletic, crazy, nice, has a nice body, beautiful eyes, a prefect smile, and has a nice personality. ]


California wildfires have scorched the state this summer, and the costs continue to mount. California's fire agency has now exhausted its annual budget for 2018 of $442.8 million and now needs an additional $234 million to continue combatting the California fires, according to the Associated Press on Thursday.Sep 6, 2018

State and federal authorities estimated Tuesday that it will cost at least $3 billion to clear debris. Most of the work will occur in Northern California, where the Camp Fire destroyed the city of Paradise and killed at least 86 people, making it the nation's deadliest wildfire in a century.Dec 12, 2018

$180 million in Grants and Loans Approved for Wildfire Survivors

Feb 13th,2019 Earthquake forcast - beginning for the USA west coast at about 25minutes 22seconds- forcast is looking for California to get hit by 4.0 to 5.0 magnitude in four different regions. This could go up if we get hit with any more DEEP earthquakes. Have a Plan. https://www.youtube.com/watch?v=8FteA07jfE0

Posted by Cody Robert Judy at 2:30 PM No comments: 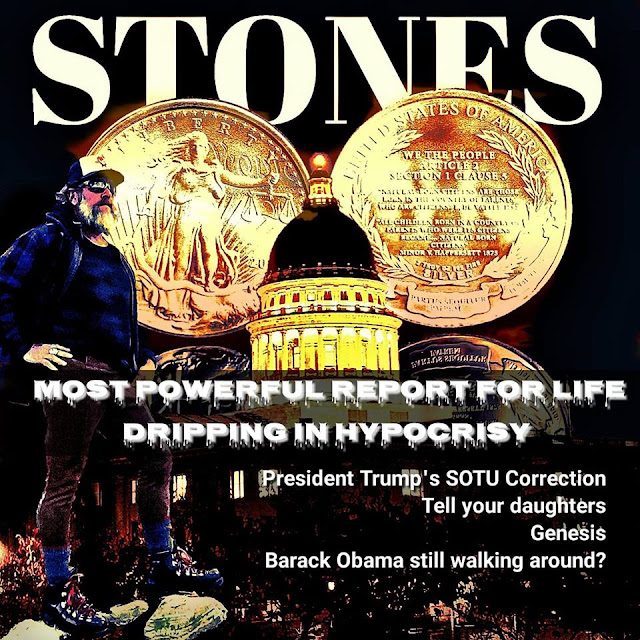 ~Most Powerful Report for Life-Genesis~

The Lord gives the greatest defense for women in the argument of Pro Life and Pro Choice, but will you hear it? How are the Elect Deceived? Whose counsel have they sought?

Posted by Cody Robert Judy at 1:23 PM No comments: