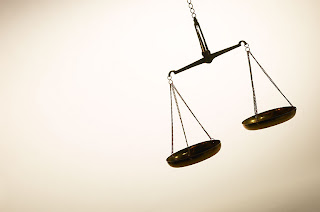 
Just by way of an update on this action, I received confirmation that the Motion and the Memorandum was received and filed in the Court today!

Today, our office received your Motion to Proceed Pro Se and Supporting Memorandum. The document we received is the original. As I have explained to Mr. Farrar, you must file all pleadings directly with the Clerk of the Superior Court of Fulton County (i.e. an original, hard copy) either by mail or in person. The Court (i.e. the Judge’s office) cannot accept pleadings for filing on your behalf. However, on this one occasion since you are located in Utah, we will take this document downstairs and file it for you. In future, please ensure that all filings are sent directly to the Clerk’s Office.
Thank you,
Elizabeth Baum
Staff Attorney to the Honorable Cynthia D. Wright

This was so nice of Ms. Elizabeth Baum and certainly was appreciated!

I am looking forward to Judge Cynthia D. Wrights actions on this case as Lawdragon, a guide to the nation’s best lawyers and judges, recently selected Judge Wright as one of the 500 Leading Judges in America. The Family Law Section of the State Bar of Georgia presented the 2006 Jack P. Turner Award to Judge Wright for her outstanding contributions and achievement in family law in Georgia. In 2000, Judge Wright also received the Joseph T. Tuggle, Jr. Professionalism Award from the Family Law Section of the State Bar Association of Georgia.

As the 9th most populous State in the Union Georgia we certainly have a lot of votes to be concerned about and I certainly extend my sincere plea for your support and assistance with my campaign for President, in travel expenses and media. I would really love to put a few TV & Radio adds out there in GA.

If there was a time for The Birther Movement to unite I hope that it would be now.

Of course everyone who believes the Constitution should be upheld has an interest in how this shakes out. Of course most people want to be part of a winning team, it’s always interesting how much more money a Candidate for President takes in when he wins a Primary or Caucus.

Granted we haven't won much in The Birther Movement as far as Court Decisions, but I want to instill in you the sober truth, 'We haven't been heard yet' on the merits in a Judicial Court. We should all keep in mind that Courts are discouraged from making rulings on the Constitution that are not ripe, or presented, or proper as far as 'standing' is concerned.

These arguments are good and necessary to wade through though excruciatingly painful. I can attest to that as a litigant since 2008 in multiple cases on the eligibility issue that represented months of work, a drain on my pocketbook, all contributing to loss and divorce in my family.

These are all good reasons that explain why people who ‘lose’ in politic court hearings and campaigns for that matter, don’t often head back in. “To hell with it”, is an answer that everyone has to deal with in their own way I suppose.

When I think about it as it concerns our United States Constitution however, I don’t seem to be able to quit. Just thinking about the liberties and freedoms that I will leave to my children, even though they may not appreciate it, just thinking about that opportunity for them spurs me on.

These are indeed hard lessons to realize and you rationalize that with "hope" that the next battle might be won and that it wasn't all in vein. We certainly recall it was after a series of losses and big defeats that George Washington crossed the Delaware River on Christmas 1776 to surprise the Hessian forces at Trenton New Jersey leading to a whole new recruitment of forces because he had won.

Those men who were with Washington before crossing that icy river knew their efforts were the catalyst for the win. Similarly, and now, those who are helping with this effort should know they are the same as those who have gone on in the face of defeat and so I urge you to contribute to this noble cause.

Those who can help please visit my web site and find the contribution page here:

Posted by Cody Robert Judy at 7:55 PM No comments:

Obama, -The Devil Went Down To Georgia Court Look'n For A Deal 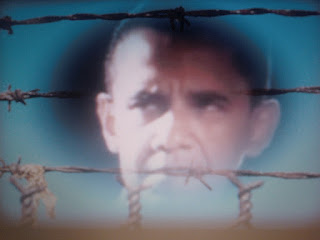 The following Motion and Memorandum to proceed pro se was filed in the Georgia Superior Court.

MOTION TO PROCEED PRO SE AND MEMORANDUM TO SUPPORT

Obama, -The Devil Went Down To Georgia Court Look'n For A Deal

Cody Robert Judy for President 2012 sixty second commercial featuring the Georgia case Obama decided to ignore that presented evidence for the first time of his not being a natural born citizen, using a social security card from Con., and being named Barry Soetoro and Soebarka on legal documents which led to his law license being revoked by the State of Illinois with no proof of official name change and being a multi-citizen of Indonesia, Britain, and Kenya prohibited for the office of President.

Posted by Cody Robert Judy at 1:42 PM No comments: