Posted by Cody Robert Judy at 10:31 PM No comments: 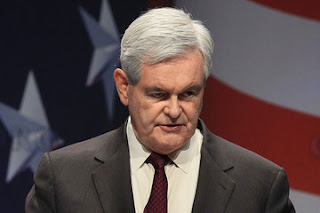 For all those comments that have 'jacked' the Birther Movement, which is really the Constitution's demand for a good reason, and don't tell me any of you haven't benefited enormously from The Constitution as well as realizing it’s the only doc that binds 50 States together without which we'd be looking like the Europe or Africa right now, your arguments smack of ignorance. Obama's Eligibility has never hit a Judicial Court yet on the merits, those 100 or so you all say we lost, was due in part because Obama got the jump in 2008 and no one knew he would be the nominee until late. 2012 is a little different; we head him off at the pass objecting to his being on any State Ballot.

The worst thing about the degradation of Birthers is thinking that somehow Obama has the right to use a fraudulent social security number that makes a failure in our own E-Verify System, and backs that up with that long form fabrication. I mean who are you all defending and if you’re defending them why don't you let out all of the guys in prison and protest them being in the joint that have stolen identities and defrauded people like your Grandmother!

And don’t pull that easy ‘racist’ card out like you haven’t done a days’ work in your life. I’m a plaintiff in the Georgia Case. The administrative hearing in Georgia was the very FIRST trial ever that evidence was documented on the merits of Obama’s identity fraud and dual citizenship that prohibits his White house occupancy. Now that was not really a Judicial Court but was an Administrative Court.
That action however was a necessary hurdle that we never had the opportunity to clear in 2008. You all tell me someone who jumps the gun in a race and heads off 50 yards down the track is going to win. Oh yeah, he might win the 100 yard dash, but we are gonna catch him in the 440.

Gosh, do all these Anti-Birthers have some grudge against keeping America’s elections free of corruption? Obama is not a natural born citizen and neither was McCain who lied to everyone and said he was born in some military hospital in Panama. He was born on foreign soil in a foreign hospital and it took an Act of Congress to make him a Citizen and another Act of Congress to make him a Natural Born Citizen. That’s the process we call ‘naturalization’ and it has nothing to do with the laws of nature. Yes it affects both parties and guess who promoted McCain’s Eligibility? That’s right Sen. Hillary Clinton and Sen. Barack Obama.

Now would you please tell me why, with that ounce of brain you have left that has a conscience?

And before you all pounce on me as some racist, please bear in mind that I was the only Presidential Candidate that sued McCain first… and then Obama in 2008. It is a Constitutional issue, not a racist one. So get over it and educate yourselves on the facts that we don’t want foreign allegiance in the highest office of the United States! Reason why? It’s much easier to use our nukes against our own people in a black mail game against the whole Congress, and drain the treasury. Does that sound like a National Security problem to you? Yes and it’s a BIG ONE.

Obama’s spent more now in our treasury than all President’s combined from George Washington to H.W. Bush. What? Do you all want to see the first part of that conspiracy theory come true before you’ll believe? I mean nearly 5 Trillion dollars is a heck of a big down payment on believing. Don’t tell me you wanna see a mushroom cloud in New York City. That is not cool, and neither are these attacks on Patriots who are defending the same Constitution that all of our servicemen have died for. Don’t make their sacrifice moot in the argument to conceal corruption Nixon wouldn’t have thought of doing.
Posted by Cody Robert Judy at 6:43 PM No comments:

SHOULD WE ASSUME THE MEDIA IS OUR THE PEOPLE'S GUARD? 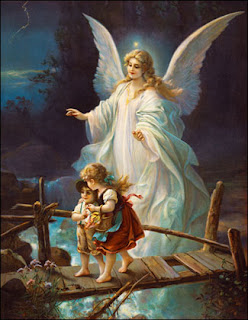 
SHOULD WE ASSUME THE MEDIA IS OUR THE PEOPLE'S GUARD?

It's true, we have all grown up feeling the media was the best guard we could ever have. People who had a big stake in 'free speech' and 'free press' and so had every reason to protect ours. I've seen many protesters heckle Gov. Romney, and even some reporters where he was saying 'read my lips' and they still wouldn't. You do have to wonder why Obama hasn't received the likes of this treatment and the media has been so culpable on his identity sham that has defrauded all of America's vote and three years worth of legislation we could live without.

I thought I'd pass this old email on. Its an old one but it still points to the truth. You know it is heartbreaking to me, because our Government Leaders have become so complacent to corruption. I ask myself 'why' this is every day and seriously wonder if they have a gun pointed at their head that will go off if they are exposed, or if they have a gun pointed to their head that will go off on their families if they don't look the other way. Who knows these things?

A couple of things that I'm upset about today I was actually thinking about in the shower. One of those thoughts was that I didn't like the fact the a communist wife of Russia knew who was going to be President before our own "free election". I hated that and I don't much hate anything. If Gods got a fix in I'm okay with that, but if the communist do and it means the demise of freedom and liberty in America I'm pray to God we can survive that and continue to pass the great opportunity of America on.

The other thing I have come to realize that is a little upsetting: there are many leaders who would not pay the ultimate penalty or give the ultimate sacrifice in themselves or their family for the cause of liberty and freedom because they believe those beautiful things lack the power to win or overcome. It just doesn't fly with the "Good" winning over "The Bad", which ultimately conflicts with the Power of the love of God. One thing for sure we are witnessing a massive cover-up that involves a threat that will not back down and who is in it to the death.

Believe it, their jobs are very tough. I was a Thespian in high school and even enjoyed some College Drama. If you look at the media corp you don't really see a front line like Eli Manning has. (Quarter back for the new Super Bowl Champion New York Giants. I hope no ones' upset about my predicting their win. (That's a joke)) Most of these professional reporting men and women were Thespians and they weren't part of the Jock Club or even the scholarly, yet LOOK at the job they have of being the point guard to our Constitution.

As a prisoner in America who did just that, I always said, that the prison I suffered was simply an experiment for what society would face in the not too distant future. In the name of 'security' it seems the doors are slamming on America's freedom and liberty more and more. Its one of the reasons I'm fighting to preserve, protect, and defend the Constitution today even though I haven't taken the oath to be President .. Yet.

Cody Robert Judy
www.codyjudy.us
www.codyjudy.blogspot.com
YouTube:CODE4PRES
P.S. I was saddened by the news of Whitney Houston's passing away. She had a talent in the voice department on loan from the angels of God's Choir. That is how I will remember her, and here is one of my very favorite songs she sang
FWD:
Wowsers! Don't you love this one...What in hell is Congress and the Senate doing?
This says it all... the damned document is a fraud.

1. Back in 1961 people of color were called 'Negroes.' So how can the Obama
'birth certificate' state he is 'African-American' when the term wasn't even used at that time?

2. The birth certificate that the White House released lists Obama's birth as August 4, 1961.
It also lists Barack Hussein Obama as his father. No big deal, right? At the time of Obama's
birth, it also shows that his father is aged 25 years old, and that Obama's father was born in
"Kenya, East Africa". This wouldn't seem like anything of concern, except the fact that Kenya
did not even exist until 1963, two whole years after Obama's birth, and 27 years after his father's
birth. How could Obama's father have been born in a country that did not yet exist? Up and until
Kenya was formed in 1963, it was known as the "British East Africa Protectorate".

3. On the birth certificate released by the White House, the listed place of birth is "Kapi'olani
Maternity & Gynecological Hospital". This cannot be, because the hospital(s) in question in
1961 were called "KauiKeolani Children's Hospital" and "Kapi'olani Maternity Home", respectively.
The name did not change to Kapi'olani Maternity & Gynecological Hospital until 1978, when these
two hospitals merged. How can this particular name of the hospital be on a birth certificate dated
1961 if this name had not yet been applied to it unti1978?

Please send this to everyone you know with the hope that we can force the media as well
OUR NATION to address this CORRUPTION. The media -- are you kidding?