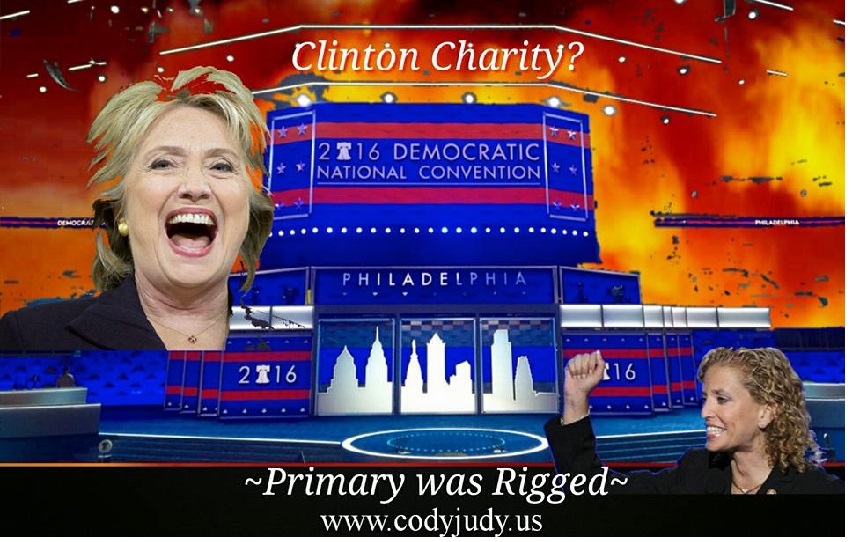 What happened to Debbie Wasserman Schultz when Guccifer 2.0 released a few thousand more emails via WikiLeaks a couple of days ago? The number one Democratic Party Chair Seat is so Compromised Obama calls for her resignation for the health of unity.

Debbie Wasserman Schultz just a few days ago was aiding introductions between the presumptive Democratic Nominee Hillary Clinton and her choice of Kaine for the Vice President slot.

Today, she was booed off the Podium of her own Florida Delegation Breakfast simply from the information that was revealed from emails released from the hacking that DNC speculates may have come from Russia through the Guccifer 2.0 acclamation.

While Mrs. Schultz tendered her resignation news reports fiercely contended it was long overdue and had been on the agenda of Obama and Hillary Clinton for a long time contrasting Hillary's new appointment for Debbie as a Honorary Chair for her 50 State Coalition.

The information revealed Debbie heavily involved as a Hillary Clinton [operative chair] for her 2016 Election Campaign a step away from her 2008 work for Hillary in her 2008 Campaign for President.

The Catastrophic damages comes to the front of the News Cycle in the Mainstream Stream Media at the Price of favor to Clinton's Campaign and against all the other competing campaigns including Cody Robert Judy's and Bernie Sanders.

Reports indicate Julian Assange-WikiLeaks will yet force Clinton out of the Presidential Race with enough collusion between Clinton and the MSM to indict Hillary so bad Publically as to spoil the election and perhaps even result in a criminal indictment.

The results thus far against Democrats have been impressive by WikiLeaks / Guccifer/ Russia as Hillary Clinton's Campaign Chairman Robby Mook was attributing the connection to Russia Hacking indicated, [at Trump's expense], as he commented it seemed Trump was in league with Russia or Russia was helping Trump.

What the Public should take from this is Clinton's confidence that she would never face an indictment by the FBI's Investigation might jump the Fire line dug by Democrats as the resignation of Debbie Wasserman Schultz is proof the cauldron flames are reaching ever higher.

It would seem nothing could persuade Democratic Party SuperDelegates and Delegates from dancing with the devil as toads in the water heating up even with such Revelations coming out that the whole Democratic Primary Season involving half the United States has been compromised.

The Fact the Delegates and SuperDelegates are not in revolt over the Revelations only exgoriates to the Public Hillary Rodham Clinton primary was uncontested and they are fine with that.

The obvious question is why even have a voting Primary if the Chairmen of the Democratic Party decides your in, you are the Nominee.

The problem is the money. In many States of the Union taxes of and taken from the public go to fund both Democratic Party and Republican Parties Primary Elections. Coronations are in fact essentially a privatisation of these funds to the beneficiary.

Like Hillary Clinton's privatization of the Secretary of State's Office through her obfuscation of FOIA with her Private Server indeed the public funds for these primary elections are left out of the scope and protection of WE THE PEOPLE .

While intent might have started out simply to avoid FOIA , the consequences can easily evolve into the title of Domestic Enemy of the United States of America.

For the safety and concern of this Hillary Clinton should not press the issue. If there is no intention to harm, she should RESIGN any Nomination of herself as Compromised.
If Hillary Clinton does care about the United States of America and her intentions are benign, as perceived by FBI James Comey in the excuses she was not sophisticated enough to prosecute as intelligent - essentially an incompetence charge or report,  that sentiment should be expressed now and should be clearly pointed out to her resulting in a suspension of her Presidential Campaign.

A Pre-Convention Message was given to the #DemsinPhilly by Democratic Party Presidential Candidate Cody Robert Judy protesting the corruption that only reaps corruption in an appeal for Truth and Justice.


Essentially Hillary Clinton's Lies should over-come any binding of Delegates and SuperDelegates as they compromise the Primary Voters of the People, providing an Open Convention between the last two active Presidential Campaigns in the Convention. Bernie Sanders has endorsed Hillary's Lies. .that is the reality. 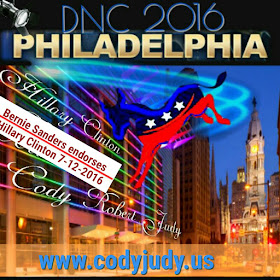 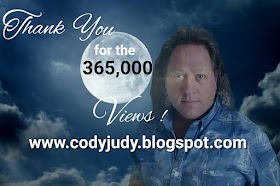 Posted by Cody Robert Judy at 11:22 AM No comments: