Have you ever wondered just how fast our Government can work when it puts its mind to it?

Now with this resolution that has changed and the Electoral College vote will be counted Jan 4th,2013 instead of Jan. 6th 2013.

H.J.Res.122
One Hundred Twelfth Congress
of the United States of America
AT THE SECOND SESSION
Begun and held at the City of Washington on Tuesday,
the third day of January, two thousand and twelve
Joint Resolution
Establishing the date for the counting of the electoral votes for President and Vice President cast by the electors in December 2012.
Resolved by the Senate and House of Representatives of the United States of America in Congress assembled,

SECTION 1. DATE FOR COUNTING 2012 ELECTORAL VOTES IN CONGRESS.
The meeting of the Senate and House of Representatives to be held in January 2013 pursuant to section 15 of title 3, United States Code, to count the electoral votes for President and Vice President cast by the electors in December 2012 shall be held on January 4, 2013 (rather than on the date specified in the first sentence of that section).

Speaker of the House of Representatives.

There are no co-sponsors for this bill, so we are led to believe what? Earlier was better then later? Of course January 6th,2013 is a Sunday however, whenever a Holiday or Sunday affects the Government don't we all know that the next or following available day is usually the best option for relief rather then the preceding day?

Actually, it might not make a difference because any electoral college vote made for Obama is subject to being dismissed according to the Electoral College Act or (ECA)
as one of my prior post elaborated upon.

Grounds for Rejecting Electoral Votes Submitted by an Elector Who Has Section 2 Status - B- Post Appointment Grounds - 1. The elector cast his or her vote in violation of constitutional and federal statutory requirements; for example, the elector did not vote d. for candidates who are constitutionally qualified to hold the President’s and Vice-President’s office.

All the Electors were warned prior to their votes being cast Dec 17th,2012 through all of the Secretary of States who passed the message on to them dutifully, therefore the United States Supreme Court can most assuredly account for Electors being for-warned and informed that a vote for an ineligible candidate can and will be dismissed. This information was also passed on and recorded in Judy v. Obama 12-5276 being heard January 4th, 2013.

Thanks for Passing it on, supporting or contributing in any way you feel you can.

Petition for Rehearing under consideration:
http://www.scribd.com/doc/113046270/Judy-v-Obama-12-5276-Petition-for-Rehearing 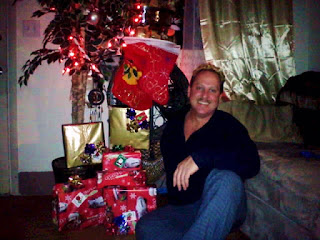 
America provides opportunity, so many choices that are important to women, and encompasses a mixing pot in America of many diverse people. To keep America happy she simply ask you pay her a visit once in while and adhere to the Constitution's demand for a natural born citizen in the Office of the President.

Thanks for Passing it on, supporting or http://www.codyjudy.us/codyrobertjudyforpresident2012_011.htm contributing in any way you feel you can.


“Mr. President, it is natural to man to indulge in the illusions of hope. We are apt to shut our eyes against a painful truth, and listen to the song of that siren till she transforms us into beasts. Is this the part of wise men, engaged in a great and arduous struggle for liberty? Are we disposed to be of the number of those who, having eyes, see not, and, having ears, hear not, the things which so nearly concern their temporal salvation? For my part, whatever anguish of spirit it may cost, I am willing to know the whole truth; to know the worst, and to provide for it….
“Is life so dear, or peace so sweet, as to be purchased at the price of chains and slavery? Forbid it, Almighty God! I know not what course others may take; but as for me, give me liberty or give me death!”

Winston Churchill saved England, Europe,from enslavement by the Third Reich and these words of his are poignant:

Let me take this time to wish everyone of you, a very Merry Christmas and a Happy New Year, and while I know this may be far from Holiday Cheer, it is the appreciation for Holidays, for the freedom to celebrate in the spirit our beloved Constitution provides me that keeps me urging you towards more courtesy towards it.

God Bless America and may his grace penetrate the darkest corners and allow the light to shine upon this principle for the whole Earth to see that We The People have a case for his judgement, pleading for the peace that accompanies our principles.

Posted by Cody Robert Judy at 12:05 PM No comments: