Concern grows for Lt.Col Terri Lakin in Our Domestic Crisis in America 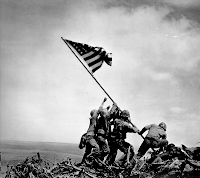 
Hello Wells,
Thank you for your respect and honor of an American Patriot Lt. Col.Terry Lakin over his refusal to follow orders until Barack Obama documents his eligibility to be commander-in-chief on Citizen Wells, which is very much appreciated.

You inquired as to status of the Amicus Curiae I filed in support of Lt. Col. Terry Lakin, and I am sorry to report to you I have some very deep concerns over his defense team.

Proper procedure for something like this would be for the defense team to surmise how my Amicus Curiae information, availability, and unique circumstances could aid or help the defendant. As an equal to 2008 Candidate Barack Hussein Obama filling the " Standing " requirement first, and then as a witness for Lt.Col. Terry Lakin who faces charges of imprisonment, very serious and grievous penalty, and a life riddled with hell, abuse, slander, and dis-respect for simply standing up for the Constitution that we all love, and which has given us so much in freedom, liberty, and relief from a destruction and overthrow of our property by a heavy handed Federal or State Government; the defense team for Lt. Col. Terry Lakin has in my opinion, been negligent.

Lt. Col. Terry Lakin's defense 'dream team', shall we be frank and call it a nightmare, has done absolutely nothing in activating the Amicus Curiae as a defense for their client. My heart is very heavy in this very important, and unique set of circumstances which seems to me would necessarily be a wake up call to all Americans of their very freedom and liberty being upset, and our own Constitution which protects each one of us from malicious charges with Habeus Corpus, unnecessary high bails or cruel and unusual punishment, and in very clear language protects us with demands for Congress to punish 'offenses of 'The Law of Nations' in which outlines natural born citizen requirements with the very terrible proposition of any person usurping the Presidency, that we all clearly face right now at this time in our United States of America.

My report to you is sober, and very ominous of clear and present danger every American faces at this very moment in time. I report to you that I have not been contacted whatsoever in a single line, jot, or title regarding my very strong testimony that has to do with exactly what Lt.Col. Terry Lakin now faces in grievous charges. My testimony is not racial, as you may know I sued Sen. John McCain and served him and the Republican party 4 days before the 2008 Republican National Convention wherein he was made the nominee.

The judge in Judy v. McCain was so afraid of what Sen. John McCain would do to him, and seeing I did in fact have standing, seeing in fact McCain was not a natural born citizen born in Panama and naturalized by a law of Congress after 11 months after his birth, defied odds and delayed any rulings on my case until after the 2008 election results. Its a fair assement that America cannot depend upon a single District Court Judge, or a single Military Judge to take such a nefarious case into consideration, because of fear of retaliation, the same fear that grips 99.9% of the military even at this time. Its one thing to swear to uphold the Constitution, quite another to die because you couldn't find some rock to crawl under and die. After the Judge in Judy v. McCain said that to me, the burden of proof goes to the winner, I turned my attention to Barack Hussein Obama.

I offered a new witness and new information that could have sustained very good legal reason for Reconsideration in Barnett v. Obama with a Motion for Joinder in Barnett v. Obama in California. Amazing timing, it was in court precisely 3 days before Orly Taitz's "Motion for Reconsideration". Again, this was perfect timing for Orly Taitz to bring in my Motion as a Reason for reconsideration, she was served that document as was the court, and the defense, and not a word to me, and not a word in court about it.
http://www.scribd.com/doc/22288917/Judy-v-Obama

These are serious times we face, and where traitors an tyrants are among us, there can be no room for leniency when evidence like this is blatantly ignored.

May God bless America, and be with our friend Lt. Col Terry Lakin in his hour of doom, while injustice may happen and good men die every day for the good of our Country it may be necessary for him to suffer this while America's population sleeps, for if they do sleep, it will be a rightous judgement from our Creator that hangs over them in the usurpation of America.
We are suffering a Domestic Crisis in America