Happy Veterans Day.. This is a tribute show to our Veterans with love and respect, we love you for standing up for our Constitution. Highlights Veterans Tribute Tower dedicated in Farr West Utah today!

George E. Wahlen gave 21 years of distinguished service to the United States military. As a medically-trained corpsman, Wahlen was among the invasion force that landed on Iwo Jima in 1945. A few days later he was treating a wounded Marine when an enemy grenade exploded nearby and sent shrapnel into his face. Refusing treatment, he continued to work in the midst of intense fighting. He ran through fire carrying a wounded Marine to safety on his back, and when an adjacent platoon lost its corpsman, he rushed through heavy fire to take care of its wounded as well, treating fourteen casualties before returning to his own unit.

On March 2, 1945, Wahlen was wounded again, this time in the back, and refused evacuation. He moved out in an assault that advanced more than six hundred yards of open terrain in the face of Japanese fire and was shot in the leg. Unable to walk, he crawled fifty yards to administer first aid to another fallen Marine. On October 5, 1945, George E. Wahlen received the Medal of Honor from President Harry Truman.

He served during both the Korean and Vietnam conflicts, and after 21 years active duty, retired with the rank of Major in the Army. As a civilian he worked for over a decade with the Veterans Administration and as an active promoter for veterans’ causes.

The George E. Wahlen Ogden Veterans Home is honored to bear his name.
Posted by Cody Robert Judy at 6:42 PM No comments: 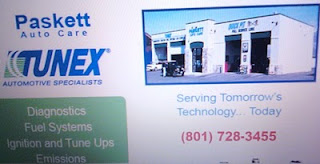 With the 2010 elections over, I’m excited to introduce to you a little project I’ve been working on. Well, it’s a project show that I will feature on YouTube as well as my blog that will capture your hearts and minds and probably make you a dear friend of mine, or make you want to shoot me, but at least you won’t be bored or wonder what I’m doing. Who wouldn’t agree with you in Utah that it’s a good thing to keep your eyes on me?

The Lion’s Den Show with your host (myself truly) Cody Robert Judy, will feature politics, society’s problems, consumer awareness and complaints of every sort. You can email me those also if you’d like me to look into them at codyjudy@hotmail.com. We’ll talk about all the usually high explosive stuff like politics, religion, and relationships. This ought to be fun!

Episode 1 features a toast to the shows introduction and then we jump right in with the electric shock waves and start making you scream.

1- Well the Republicans have taken over the U.S. House of Representatives and I am excited about that. Not because of the reason’s you might think, like suddenly our problems will be gone and our U.S. Constitution will start standing tall again. No, it’s more or less like your gonna regret U.S. Sen. Mike Lee, about as bad as you did U.S. Sen. Bob Bennett, because not only do you have a Republican in there whose reputation is for not caring about Obama’s eligibility, but now you have a Lawyer whose job has been to represent both sides of the right, is there any other side?

2- Have you ever experienced trying to register your car? Sure you have, everyone who has a car gets to. The only problem with that is some counties in Utah have gone a little overboard in their ‘emissions’ quota tickets. Yeah, I’ll call them tickets because its gonna cost you big time to get your car registered if you have a problem passing “emissions” and there are people who are smiling about that of course.

What could you possibly mean by that you ask me, okay, I’ll pretend that you asked me? That’s only stuff that’s coming out of the tail pipe and all cars should be up to standard..right? Wrong! No, some counties have stooped below the level of common sense and made it a requirement that you cannot have a single engine light on, a single failed code, or else bingo, you don’t get to go pass go because you don’t have a registration and Yeah, we’ll do that by not giving you an emissions pass.

Translation- if you have a ‘transmission code” failure and your check engine lights on for that, you will fail your emissions, but it has little or nothing to do with what’s coming out the exhaust pipe, and your car still running okay. Next thing you’ll see is a check engine light coming on because your inside floor mats have one too many gummy bears on them you dropped and didn’t wash off, or your side mirror is not adjusted to your proper 9 and 3 steering position given your height and weight. Watch some State Legislature ask, “Can we do that?”

Who is that serving? Well, mostly places like Tunex and the Car Service Industry, because I’ve never seen a transmission affect your exhaust and neither have they, but it’s a criterion in Weber County and I’m sure guessing Salt Lake County and Davis. I just don’t understand why they have to start swinging from the trees instead of sticking to what’s coming out of the exhaust when it comes to emissions? Oh maybe .. could it be.. that we don’t want to look bad in the eyes of Obama’s green czar?

Here's an article of some of those shops who don't want to get fined, for passing a car that shouldn't be passed, but you can see they are arguing for smaller fines, which I can understand, but they are not representing a common sense regulation on emissions that would not include stuff on your car that hasnt got anything to do with 'emissions' that they get to sort of play doctor on, with your checkbook.
http://www.standard.net/topics/courts/2010/10/15/ogden-shop-owner-pays-3000-seeks-others-class-action-suit-over-emissions-te

This year with my 03, I thought oh good I don’t have to have a safety inspection, in spite of recently avoiding a ticket within a week by replacing my windshield for $250 dollars of the ticket I received, which would have been another $40. Well, so they put a diagnostic analysis on my car and tell me anything that’s wrong has to be fixed until the cows come home, or I pass a 40 mile driving test on my car without a service engine light coming on.

Yeah, that can be your basic nightmare with a transmission code that can amount to $2000 dollars on a repair bill and a throttle actuator control system that comes in a complete body that cost $727 dollars. You can see very quickly where a $6,000 dollar car becomes obsolete with repairs that total more than it’s worth to fix in order to get an emission pass, to get the car registered. Yeah, just hop right in to my nightmare, welcome and this can’t be doing the “used car sales” any good can it?

3- Ever had a problem with a warranty on an auto part that was put in your car? I sure did with Jerry Paskett the owner of Tunex Paskett’s Autocare in Roy, Utah. In fairness to Jerry, he did pay for the part and labor that I wasn’t able to for personal reasons, but I did assure him I would pay for it, and asked to make payments. When the part failed though, Jerry didn’t want to exchange the part, even though it has a warranty for 12 months, which set up a red light for me. Why do I want to pay for a part that’s bad? Its left me stranded many times and hurt my business, I spent two nights in Lee’s Market in North Ogden because I couldn’t get it started and had to unhook the battery to get the car to forget about its problems. Once it forgot, I hooked it back up and away I went after spending a lot of time on the computer at McDonalds. I have got emails from Jerry telling me I’ve got “a lot of nerve” emailing him asking him replace the part.

But don’t you think if you are billed for a part, and it fails, you offer to make payments that the warranty ought to kick in if the parts are bad? Well, obviously Jerry Paskett who’s the owner of Tunex Paskett’s Autoservice in Roy, Utah didn’t think so, and I can say I have never been yelled at, degraded, and verbally assaulted so vagrantly by any mechanic. I didn’t even know mechanics would talk to someone like that after more than a dozen oil changes, and two other mechanical bills that I have paid him.

Was it worth it, no way! And I’m a guy who’s had a few slanders and insults passed his way. I’m just glad that spit doesn’t come through the cell phone lines because if it did Jerry Paskett would have slimed me beyond anything that resembled a Howl in Ghost Busters. If he were a doctor and had put a weird rod in your leg that was no good and started leaking rust out your ankle, Jerry would have been the doctor that yelled, “YOUR WASTING MY TIME, I don’t care! Bite Me! You’re a loser, user and you can BITE ME! The only reason your calling me is because the parts bad!” Duh! Why else would I subject myself to what his wife must go through? I’m not his wife and I sure don’t have to put up with that kind of sewage.


Well, commonly you expect parts to be good, and occasionally they are bad, which is why this one happens to have a warranty for 12 months. It’s an expensive one. After I threatened to sue him, Jerry Paskett said he’d love the opportunity to explain it to a Judge, and encouraged me to make a video about it. Well the video’s done, and you can probably guess what’s coming down the pike on this one..We’ll keep you posted.

I think he was really upset I ran against Mike Lee or something. Some guys take politics too seriously and it runs over into their professional Autocare. Makes you think about asking a doctor or a mechanic before he operates on you wither he’s a Republican or a Democrat, or an Independent, just to make sure your up on your contributions.

I’m thinking we ‘Independents’ are the safer ones as we are the ones hoping to encourage others away from the tent parties of the Republicans and Democrats, because the tents got pipes with siren gas in them like bongs you can take a hit off of, and the punch isn’t cracked up to be what’s it’s supposed to be either.

Gee Whiz and this is only the first two episodes of The Lion’s Den, just wait until we get into religion and relationships and the reality of politics. I hope you stay tuned in because I can assure you you’re not going to be hearing this from anyone else.
Posted by Cody Robert Judy at 1:48 PM No comments: