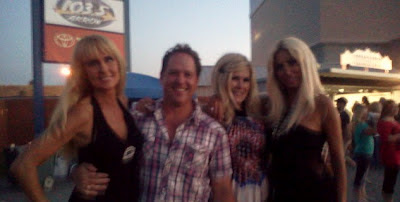 The Cody Robert Judy for President 2012 rocked the Concert August 3rd, 2012 with Journey, Pat Benatar, and Loverboy at the USANA Amphitheater with highlights coming in the pian solo by Jonathaon Cain and the Star Spangled Banner guitar rendition by Neil Schon. Leading Journey was lead singer Arnel Pineda. Check out the video for all the highlights of the Campaign's festive spirit as the United States Supreme Court has Judy v. Obama Case No. 12-5276 to consider in August of 2012.