Can Congress Lead the Blind 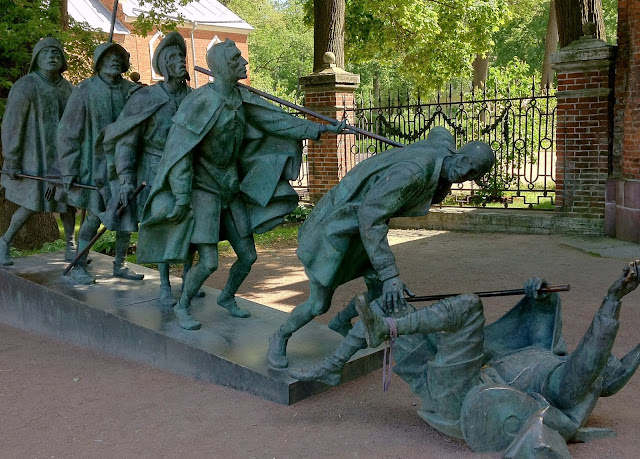 Can Congress Lead The Blind?

Yesterday I watched and listened intently as Rep Michelle Bachman reported the House Judiciary Committee was actually entertaining a hearing on “constraining” Presidential powers in the executive order arena. Representative Bachman used some of the most provocative and exciting language I’ve ever heard about Obama including “he’s not a king”, “he’s acting like a dictator”, “he doesn’t want to uphold the Constitution”, “ he wants to be a law unto himself rather than have everyone come under the law, he wants to be above the law”.

Breaking News: Bachmann reports House Judiciary Committee meeting discussing over-reach of the White House. Obama is not a King, no man is above the law.

Well, I see only one minor problem with that. The fuel for Congressmen Bachman’s assertions as well as the House Judiciary Committee comes more from the executive order of Obama’s exempting ‘small businesses’ from signing up for Obamacare until after the 2014 elections.

Republicans have staked their whole existence on America’s outrage over Obamacare and Obama’s out smarting them by exempting every vote the Democratic Party needs to gain control of the House and keep control of the Senate, while hopefully maintaining the White House with whomever they decide to run in 2014.

What this shows you exactly is the Republicans lack of ability to actually employ the Constitution upon themselves in an Open Hearing on Obama’s eligibility to even sign laws into existence that the House and Senate have passed. If the Republican controlled House Judiciary Committee actually employed an investigation Hearing into the fraud and deception of Obama as a natural born citizen they’d find his long form birth certificate that he actually handed out from the White House press core room to be nothing more then a fabrication, and they’d also find Obama is not a ‘natural born citizen’ who was born in the U.S. to Citizen parents.

They would find in this Hearing that even mentioning Obama as “president” is actually a verification and authentication of complicity of this fraud and deception that quite frankly is summed up with one word: usurpation.
The House’s Judiciary Committee undertaking a hearing to rein in the President’s ability to issue ‘executive orders’ however does expose for all of us that the Republicans are seeing the writing on the wall and it says “LOSER 2014 AGAIN”. The undertaking of the committee shows the near panic mode of squirming the Republicans are in over Obama’s ability to rule by ‘executive order’ in putting off anything really painful to those political donations coming in from small businesses and large businesses and those working for the federal government.

Wouldn’t it be interesting to see just how much the Democratic Party has taken in as far as political contributions over the last little while from small business owners if indeed the exemption was solicited? I mean why is it that more and more its getting easier to count the people who have an exemption to Obamacare rather then to count the people who have the wonderful opportunity to sign up and pay for the spectacularly expensive Obamacare? I mean look at what the Government rolled out for a web site with a billion dollars and you haven’t yet begun to understand the cost of Obamacare as a tax hike.

Of course you and I know that all the ‘rest of us’ would also get an exemption if the House Judiciary Committee would simply OPEN A HEARING on Obama’s eligibility to sign laws into existence. They actually have the power to show in a hearing Obama has no legal qualification to sign any executive order because he’s not a qualified occupant of the White House. He’s very existence in the White House is predicated upon a violation of our Constitution.

I was thinking its kind of fun but certainly a conundrum to be a rebel for the Constitution against the Government of the United States filled with men and women who have sworn oaths to the Constitution as hypocrites. The relative ease at which the Republicans could hold Obama’s feet to the Constitutional fire on his qualifications by simply OPENING A HEARING on the matter, shows you the core issue of exactly why Glen Beck is screaming “DEFUND THE GOP”.

They have refused to do it so far, however, the latest attempt at curbing executive orders of the President, shows you they are fit-to-be-tied over the presumption of brilliance Obama has to exempt any major donors and voting blocks from obamacare until after the election.

So are Republicans just dumb when it comes to Constitutional OPEN HEARINGS on Obama’s eligibility as a qualified person brought to them by a Presidential Candidate actually who ran in the Democratic Party, or are they just embarrassed by their own record over the past 5 years as Obama’s whipping boy as they see their plans for 2014 vanish into thin air?

Republican law makers right now are headed for a dirt run way with a giant plane hoping things work out in a landing.
You know I have come to respect immensely the ‘conservative’ ways of Republicans when it comes to financial matters, but I think that’s about it. My State of Utah Governor Gary Herbert actually announced yesterday something like a 242 Million dollar surplus in our State Budget. I was so dog-gone proud of that I felt like walking over to the capital and giving him a great big hug. Wow! Out of all the States of the Union mine was one who after all was said and done had a ‘surplus’. The State of Utah’s credit rating has got to be pretty high on the charts and our state emblem of the ‘bee-hive’ definitely a tell of industry and resourcefulness of the population.

We actually have a State Government willing to not spend everything coming in and less willing to rob you blind. He did mention this could be wiped out very easily with Federal Tax hikes. "The $120 million in added rainy-day funding brings the state's total rainy-day balance to $400 million, up from $277 million last year, according to figures provided by the governor's office."

Now what did I like about the Democratic Party that caused me to run in 2004 in the U.S. Senate Race? I loved the sense of justice and conservative values under the Constitution that was represented by the 10% that stopped the rest of the Democratic Party from rolling over our Constitutional rights. The power of the minority and respect for the individual that the Democratic Party used to represent was at that time an attraction for me that I did not see in the Republican Party whatsoever and believe it or not that 10% came from the Gay and Lesbian caucuses.

So there’s two conservative principles that both parties have had at different times in just the state of Utah that I have admired. Obviously in divulging the few things I liked you may surmise there is a host of things I know longer associate myself with Republicans or Democrats for what have to do with their embarrassment and the lack of responsibility towards the Constitution.

The Democratic Party has gone over the cliff with Obama’s operative transformation of the rights of the individual. Obama himself has no conscience towards the constitution he swore an oath to as an Senator to uphold and in announcing his candidacy for President decided to lift up the dress of the Constitution and sodomize it, and in the process my Campaign for President as a legitimately qualified candidate in the same party. Obama didn’t give one ounce of care or have any regret about ramming the Constitution and me into the ground; he still doesn’t, nor do the obots who applaud his efforts of degradation of their own individual rights.

They may not have been impaled on Obama’s pole but their time is coming for sure if he is not removed from office. Perhaps that’s the only justice that will come if Obama remains in office and his illegitimate child Obamacare is allowed to be law inspite of its invalid status. All those businesses and federal employees applauding Obama in his power thrust upon the Constitution is just sickening to me. People might as well be applauding for the rape and sodomy of their own children sold into slavery and the Senator Harry Reid’s explanation and rationalization that the kids were excited about it.

If the Republicans are complicent in refusing to hold an OPEN HEARING on Obama’s ineligibility it should show you very plainly that they are either in on the act, or responsible for selling tickets and funding the pornographic carnival & festival and are so drunk, but not with wine, they can’t see straight.

I sued McCain and Obama which you can see here and here because they were not 'natural born citizens' qualified for the office of the President. I was the only one who ran for President in 2008 and 2012 that did in all of America. I assure you I did it because of 'principle' not popularity.

Look at how many people are affected by Obama and his policy of Obamacare and you began to understand that the root of the fraud is based on Obama’s ineligibility in the first place. The good Lord says do you really expect to get the healthy fruit you need from briers and thorny bushes? If you went to the Lord and asked for some bread how would you feel about being handed a stone with the instructions to eat it while he’s holding a loaf of bread in his other hand.

Well, you’d think that was crazy, but it’s a little crazy to understand that the qualification for the President included two full generations void of alien citizenship which is full filled by the requirement of being born in the United States to Citizen parents. To this definition of the qualification there has never been any doubt, and when it comes to our National Security why are our elected leaders vacillating and allowing the doubt to supersede the law?

Indeed we usually say "Can the blind lead the blind?", but in the same context if Congress can't see that having an open hearing on Obama's eligibility can save them in the 2014 elections we could rephrase it as, "Can Congress Lead the Blind?" Actually I can't complain to much as the Republicans and Democrats are right on course to secure and Independent White House in 2016 that will be necessary to keep both parties in more of a constitutional check and balance.
http://www.youtube.com/watch?v=ITCr420K4i8 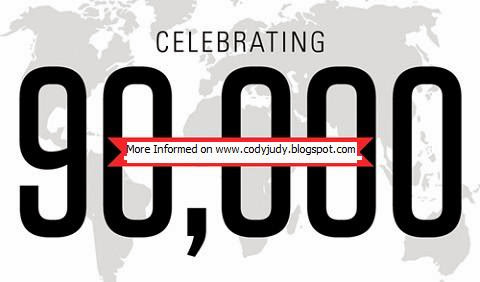 You Can Help Me
[ If you would like to help Cody Robert Judy in his bid for upholding the Constitution in “America’s Birther Campaign”, or ABC Campaign ,which highlights the United States Constitution with information and education for voters to understand the tough questions politicians should be answering in 2014, and in the coming 2016 election for the Office of the President please make a contributions here:
Sincerely,