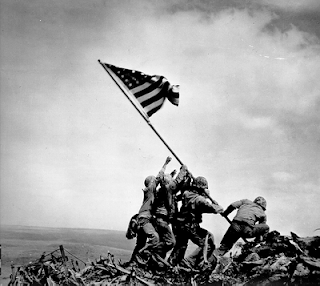 Oh men, who dwell safely in the land of liberty, think of the cost of our ease. We who mature and grow old with cares only of the living, who each day face life and not death- Remember, remember our young brothers and sisters who fell in the trenches or from the skies; who left a sweetheart’s embrace never again in mortality to feel their warmth, who never held sons or daughters, and who died before parents. To these valiant young warriors we owe a debt that can never be repaid and may only be partially settled by devotion to the ideals for which they gave their blood.
(Adopted from “Valiant Young Men” Bryce Gibby p.269)

And what ideals did they devote and give their blood to? Was it not found in the words of the U.S. Constitution which outlined our inalienable rights, freedoms, and liberties and made us “the Republic for which we stand”?

These great deeds have dwindled in your reasonable and sane minds as you support Mr. President Obama who has hood winked the entire U.S. Supreme Court, The U.S. Senate, The U.S. House of Representatives and the American People in stating he was a “natural born citizen” unequivocally constitutionally qualified to by President; without a father who was a United States Citizen and whose wife says he is from Kenya; what an honor to your veterans?

The deeds of honor wherein Obama received a distinguished Columbia University Degree with a C average from Occidental College, and later went on to Harvard, excepting not a single person remembers him at Columbia, not a single professor has come forward to acknowledge they taught this man, not a single fellow student recalls him there, and your children can’t go down and admire the grades of a President and his fabrication of lies you have bought with the blood of your veterans! What an honor?

What an honor it is that the records of this man you call your President, He has closed by executive order, and every record by which you might check his background has been blocked, what an honor that is?

How honorable it is that all the People across the land know and think Obama is such an honor to the blood of their ancestors being spilt for them, yet are trapped for whatever reason from demanding from their U.S. Senators a Senate Trail over this dis-honor?

What a sad, sad, sad dis-honor. How can you possibly honor those who have died for our Republic, who have died for the U.S. Constitution’s penned words, while not making an honorable demand from your U.S. Senator here?

Dear U.S. Senator I demand of You Now a Senate Trial on Obama! http://www.scribd.com/doc/24630764/Obama-has-to-go-OBOGO-Petition

In Mr. Obama’s own words, “Don’t tell me words don’t mean anything.”
http://www.youtube.com/watch?v=SgMcht-EW6I

Yes, Mr. Obama, they do, and you have dis-honored America in your Declaration of Candidacy for U.S. President by not being Constitutionally Qualified to hold the office and you lied about that, you lied about ever being at Columbia University. You need to move out and resign to ever hope to recover your own soul from the jaws of hell; for the devil doesn’t care about you and will not honor the deal with you for he is a liar and is bound to lie, just as you have.

Wake Up America and demand a U.S. Senate Trial on the verification of qualification of Barack Hussein Obama with the evidence used in the CIA Columbia Obama Trial in which he was found dis-honorable and guilty!

Time to be as Your Valiant Warriors, a Valiant People for no amount of money contributed to a candidate is worth the blood of so many generations past, who have honored us in their sacrifices for the U.S. Constitution.