What are Competitive Standing and the Political Doctrine Question in Obama’s Q? 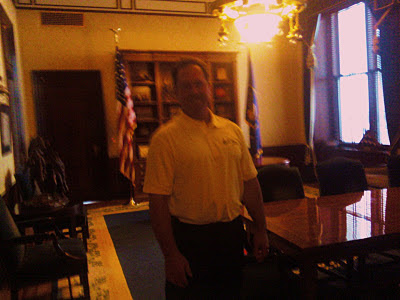 What are Competitive Standing and the Political Doctrine Question in Obama’s Q?

“We The People” must consider and ascertain how a small minority is capable of moving a majority. The secret of the Republic for which we stand is indeed bound in our Constitution, but there are weapons that also embolden the mob against the individual in the perfect storm of legal terminology: “Competitive Standing” and “The Political Doctrine Question” are double edged swords.

If anyone thought that Republicans , Democrats or Independents in the back of their mind did not appreciate the Constitution’s base that allowed both a private land owner to tell 300 million others to get off his property with a ‘no trespassing sign’ Amend. IV., as it also is protecting the civil right of a women, a black man or someone with prior servitude on record to vote against the cry of gender bias, the mob, or the indignation of holier-than-thou Christians picking up stones against a debt that had been paid to society Article XV. - We all have reasons to stand up for the Constitution no matter what party affiliation we are from.

When it comes down to it Americans would fall on their face against the mob pitted against independence in many areas of our life that we all too often may take for granted. As we head into the 2012 Election Year unchartered waters make for dangerous tides to navigate on the Constitutional Eligibility demand for President Obama as is relevant in the Georgia Trial scheduled January 26th, 2012.

Those who have been involved affectionately in the Birther Movement or Article II Patriot Stand, which is bigger than the Tea Party as statistics have repeatedly shown us,( http://www.politico.com/news/stories/0211/49554.html ) know that in 2008 many law suits were dismissed on the basis of “Standing”. Those who were not in the Presidential race spun out as Citizens demanding from the race a qualified candidate, and there were very few actual Presidential Candidates who had the courage to take a stand against Obama.

By the time Obama was made a nominee for the Democrat Party his wheel was running so fast no one could stop it so many people were involved in yielding the sound ground of the Constitution up. That included all U.S. Senate Republicans who in 2008 saw fit to give Sen. John McCain non-binding U.S. Senate Resolution 511 that was co-sponsored by Sen. Hillary Clinton and Sen. Barack Obama of the Democrat controlled U.S. Senate, declaring McCain a natural born citizen.

This was the second Congressional Action needed to allow Sen. McCain to run for President. The first was a special Congressional Act needed to first declare him a Citizen of the U.S. by naturalization from his birth hospital of Panama when he was 11 months old.

The irony of getting the Republicans help to actual insulate Obama from eligibility permeated Republicans down to V.P. Dick Cheney not asking for objections in the Electoral Vote Count in Congress which is documented well here: YouTube: Elector Vote Count
http://www.youtube.com/watch?v=BcGt8hQZzg4&feature=related

Understanding this is crucial to understanding why main stream Republican Candidates refused to pick up the duty towards the Constitution as Candidates for President in 2008 and Judges in the Judicial Branch of the Government in charge of interpreting the Constitution took an obvious cowardice stance to what had taken place in the Legislative Branch. One of the ways justice became water in the Justices hands is termed the Political Question Doctrine.

The political question doctrine encourages courts to decline to rule in certain categories of controversial cases. The theory portends, a court acknowledges that the Constitution might have been violated but declines to act in a see-no-evil, hear-no-evil, do-no-evil crouch. It is often described as a type of judicial restraint, although it can be considered a form of judicial activism against plaintiffs whose rights have been violated and find their cases dismissed.

In the insight of “Standing” we learned from 2008 recently in 2011 of the 9th Circuit Court of Appeals that Presidential Candidates who are in the race have the best standing and, active military personnel; former military personnel; state representatives; federal taxpayers; relatives of President Obama did not.

The remaining category “Presidential Candidates” were basically summarily denied because they failed to challenge soon enough for the court to provide redress before the U-Haul pulled up to the White House unloading Obama’s things in it and living there 3 years; citing it would be impossible for the Federal Courts to grant removing him from office. The Court basically giving Obama’s imminent domain of the White House illegally standing over and above the Constitution with the political question doctrine.

My name is Cody Robert Judy and I ran for President in 2008 suing both McCain and Obama and I am currently the only candidate in 2012 who did so and is still in the fight against Obama’s eligibility in Court as well as in Public.

The arguments of not objecting to Obama as Candidates in 2008 will plague candidates legally who are standing up against him in 2012 for the popularity of running for office in all parties Republican, Democrats and Independents but that is the second hole to the media calling them racist, and Obama’s attorneys calling them out as non-completive candidates in a legal concept termed “Competitive Standing”.

This covers two areas: The first is the fact that Republicans and Independents actually have nothing to do with the Democrats until after each have selected their National Candidate. So the courts receiving complaints from a republican candidate could say that the complaint is not ripe for hearing and dismiss the case until the Republicans decided who was going to be their nominee.

The second area considers the breadth and width of a candidate’s campaign that could actually sustain damages warranting relief. How many thousands of dollars have been contributed to the candidate, how many campaign commercials does the candidate have, how professional is the web site, and how big is the structure of the campaign in scope of competitiveness.

This has been the reason for such hard work at my campaign to make and establish the parameters of a national campaign with commercials specifically addressing key states and primaries applicable to the race within the Democrat Party against Obama, because ultimately there is not one Republican Candidate standing up for the Eligibility of Obama whose going to become the Republican Nominee and win that parties nomination. That’s a reality we all can agree on.

Now consider the opposite happening in the Democrat Party with myself. What happens if because of my objections to Obama since 2008 and in the Democrat party he is disqualified from being on a State Ballot and an ensuing domino affect actually takes him completely out of the race, and out of the White House?

Do you think that anyone working for Obama as Secretary of State or in his Cabinet that has stood by and watched him work destroying the Constitution is going to receive any Independent votes or Republican Vote that is necessary to win an election? Anyone on Obama’s coat tails is gonna have no chance in competing nationally, however I would.

I would have the Democrat Party shaped up in an instant for my stand against Obama, and I would be courting the Independent vote and Republican Vote based on their candidates silence on a matter of the biggest fraud and national security threat that has faced our Nation since Pearl Harbor. That defines “Competitive Standing” in my favor and with 141 Campaign Commercials and Videos about me and my campaign featured on my YouTube station: CODE4PRES with a comparison of say Mitt Romney’s current 98 videos and campaign commercials, my campaign is competitive.

This is information that should be considered because it is very relevant in the success that we Birthers or Article II Patriots are going to have in the defense of our Constitution. I hope that it will indeed sway support for those who want to see our Constitution win the eligibility contest as they consider the different candidates to support and the reasons for that support.

I am and have been a Plaintiff represented by Orly Taitz Esq., in the New Hampshire Supreme Court Challenge as well as the Georgia Trial that is set to take place January 26th, 2012 that has trumped Obama’s Motion to Dismiss and warranted a Subpoena issued by a Judge that Obama received for his documents.

Mrs. Taitz is doing a tremendous job and is representing me pro bono and I encourage those wanting to contribute to her justice foundation to do so if possible, but please don’t forget by Obama’s count 68 cases have been concluded based on plaintiffs with no standing, plaintiffs in the wrong party, plaintiffs without competitive standing, so it takes a good Plaintiff to make a case. Your support is all a part of making a good Plaintiff.

By supporting my candidacy your dollars are going to count for “Standing” that is Competitive, and has insulation against the racist charge being flung at the Birther Movement, because I am and have the longest running challenge to Obama’s Eligibility in the entire United States of America. That is very unique to say, so say it a few times and let it sink in.

The message that will be sent to Washington D.C. by sending Cody Robert Judy ( me) there will be one of Restoring our Republic for which we all pledge our allegiance.
Those who would like to visit my web site, catch the 3 Ropes of my Platform, and see the work I’ve done legally are welcome and please make your contribution to a campaign that has been going since before Republican Gov. Rick Perry got in the race and has outlasted Rep. Michelle Bachmann, Gov. Jon Huntsman, Gov. Gary Johnson, and Businessmen Herman Cain campaign and all the money that was contributed to those campaigns.

We at this Campaign are pulling teeth and working so very hard to Defend our Constitution providing a Vision To Believe In - www.codyjudy.us Thank you for your time and your consideration.