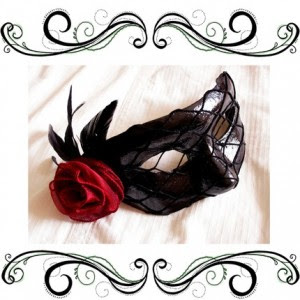 FOR IMMEDIATE PRESS RELEASE:
As seen on:
See the Official Invitation Here:
http://www.scribd.com/doc/114980819/Obama-Eligibility-March-Masquerade-Balls

Patriots all over the Country are scrambling for tickets to the Obama Eligibility Balls.

With the 57th inauguration platform now under construction, for the January 21st ceremony, and the commitment of the Supreme Court of the United States to conference January 4th Judy v. Obama 12-5276 which undertakes the burden of Obama’s eligibility according to the demands of the Constitution’s natural born citizen clause, I am pleased to announce the 1st ever formal 50 State wide concerted National Event
“Obama Eligibility March & Masquerade Balls”


Held in the capitals of every state of the Union, which will be the toast of the town the 29th of December, you’re cordially invited to take your sweet heart to a beautiful ball in celebration of the United States Constitution’s demand for a natural born citizen for the Office of the President.

Dress is formal tuxedos for men and ball room attire for the ladies. 1st American Century period costume is encouraged, as well as masquerade masks as a statement that Obama is not a natural born citizen and has been hiding under a mask. 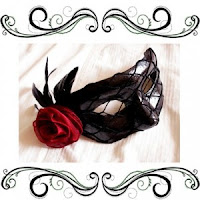 We will be celebrating and toasting to the January 4th Conference that the United States Supreme Court has pledged to have that will debate the eligibility challenge of Barack Obama with the demands of the Constitution’s natural born citizen clause in Cody Robert Judy v. Barack Obama 12-5276 case.

Those interested in coordinating their State Balls and March’s should upon their own initiative begin plans and attaining their permits as soon as possible. Please send a “Managers Intent Notice” for your State to codyjudy@hotmail.com $25 dollars per ticket for those earning less than 250,000 and $250 per couple for those earning more, celebrating Obama’s commitment to penalize the rich more fairly making them pay a little more and providing a stark reminder for them to contribute heavily to the Cody Robert Judy for President U.S.C. Eligibility Campaign so it won’t happen to them in the future.


The March & Rally
Coordinating with the Masquerade Balls evening event, the day time events should be planned to include a small march up to the Capital of the State where an open microphone forum could be had for the group or rally, where the patriotic sentiment can be voiced.

Again those interested in coordinating the rally for your State Capital should upon their own initiative immediately work towards getting the proper permits from their state capital working towards or between December 27th through December 29th,2012 as a March and Rally Day and send a “Manager’s Intent Notice” for your State to codyjudy@hotmail.com

We will be coordinating all ball room gala’s and rallies to satellite feed for every state and awarding many fun prizes!


HELP US SPREAD THE WORD .. your social networks can help bring more contributions to get these commercials on the air in the next 19 days! Send this to your friends or your local press!


Well I've been thinking about this and wondering how to get the Republican base off and out of their chair. Its hard because of the bitter pill in losing the election to inspire them that the SCOTUS could hear my case and if they did Obama's toast, but it could happen.

You never know what the Conservative Justices are thinking now and after the election fact of Romney's loss. True to form, they have on their plate the facts that my action begin long before the result of the election, so there is cover for them. We also know they haven't had a Pres Candidate toss this in front of them, and I truly believe Weldon v. Obama was a cover placed on top of my case, but that won't be the case this time.

If the Clerks were responsible they may feed it to the Justices as is, hoping that the Justices wouldn't pursue it after election; they might bank on it and then be surprised what happens.

I know we have a hard time with getting media to report it before the SCOTUS Rules on wither to hear it or not. Advertisement can play a key role in " publicity and a popular cause" in how much weight it has with the Court.

Rallies of course have not been well attended and the burn out is also reflected as a failure to the Justices. By concentrating on 1 or 2 rallies, we do pit ourselves up against a few negatives. People have to travel farther to get involved. 1 in Vegas and 1 in Washington DC sets the focus on those two places, and also sets up failure with travel time in the holiday season.

This is the reasons I thought 50 rallies and a 50 balls is good. It spreads the possibilities of attendance. I thought about announcing the fact that every Governor would be declared an "Honorary Chair" of the Balls. Republican Governors do out number Democratic Governors so we have an advantage there.

After Christmas and the first Week-end gives us days off work, and I'd be for also making rallies in mid-level Cities, for example like Las Vegas so people wouldn't have to travel up to Reno, or L.A as a So. Cal destination so people didn't have to travel to Sacramento, but the bottom line is 50 people at any location can gain local media coverage, just like Sheriff Joe did in AZ., but 1 million protesting in Washington DC barely made news coverage one day. What's better? 50 stories of local rallies, or 1 big one that gets 30 seconds?

George talked about expense at the balls, but if we have 1 rally think of the expense for people to travel, and the inconvenience around the Holiday. I mentioned the Balls and Rallies because believe it or not, women like to go to balls. Women love to talk, and gossip is the BEST advertisement we have right now. Its free, but there has to be something to gossip about. The Balls captures women's imaginations, even if the guys think its disastrous, and women make up the biggest voting block in the entire country.

Having a closer and accessible event gives Local Talk more of a reason to talk then 1 national event, a lot of people won't be able to make a journey for. I also love the fact that most alternative lifestyle groups love masquerade. Can you imagine for instance the Gay and Lesbian group bad talking a Masquerade? Its almost inconceivable, so they are going to talk about it, but it would be in the sense of " Gosh, we'd like to be going.. " and the wrestling with the idea of why they can't.

With all of this in mind, we really just need to establish 50 people to coordinate events in their State, and if enough support pops up in a major City, let it loose. Of course we might have more success in some States then others. Texas might be better then Hawaii, but if we have 50 our chances go up rather then down.

Perhaps if we were lucky, Glenn Beck or Rush Limbaugh would see it and give a plug, or we could run 1 national radio add to emphasize that.

So there's these things to consider in your thinking and suggestions

TRAVEL - 50 States makes it closer to everyone

TIME - 100 Events 50 Rallies/50 Balls makes it easier for everyone to attend 1 event, and cuts time down in traveling

COST - State Capital Rally permits run about $10-$25 and if Governors get involved, we might secure a room to have the balls in within the Capital Building themselves...which is really cool!

MEDIA COVERAGE - 50 local stores beats 1 NATIONAL story- all politics is local. Gossip is free and word of mouth about something happening in YOUR STATE is bigger then Washington DC.

Tea Parties and local chapters of such could really gain some ground in pushing this simple idea, and its a Constitutional cause

Now, let me hear your arguments against these factors if you have any other idea's or comments.

Bottom line is we have to do something.. you know this Glenn Beck and Rush Limbaugh idea of "WALK AWAY" is flat bullshit and is just ineptitude because what they did failed. For Gods sake they abandoned the Constitution, what reward did they expect?

The Obama Ballot Challenge could be very instrumental in coordinating this because you have the contacts of people who are and have already taken a stand for this in near every State.

How easy is it to email them and say "Listen, we're pushing hard at the Supreme court on this case and want you to coordinate a rally..would you?

SCOTUS doesn't come around every day, and I mean we really have to dig in before the inauguration or we pretty much know what's going to happen. So is there any pressing reason not to break out and have a BIG PARTY in every State that can actually highlight a SCOTUS CASE? ;)