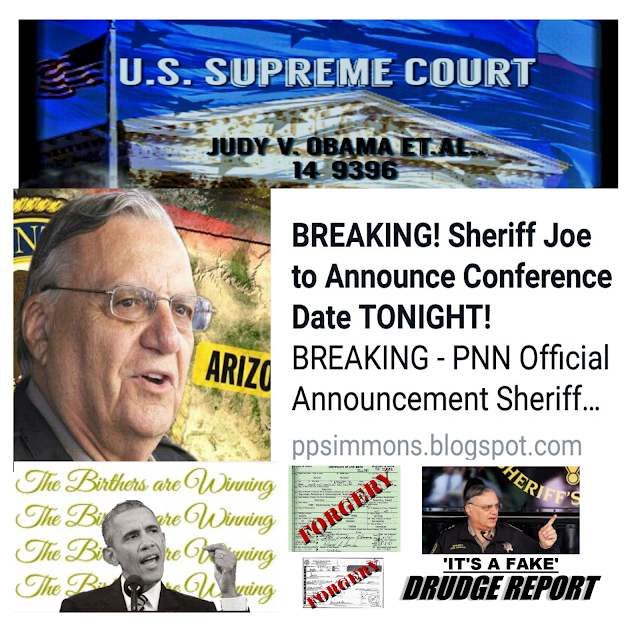 Sheriff Joe Arpiao will hold on December 15th, 2016 a Final News Conference on Obama's Identity  Document Fraud, that may include more evidence on a Fabricated Long Form Birth Certificate , Selective Service doc, & Social Security doc that reflect ultimately a Disqualification from the Office of President by failing the [natural born Citizen] requirement ie. BORN IN THE U.S. to Citizen Parents required. [ Citizen ] is the requirement for Representatives and Senators.

The wrap-up of collected Evidence studied by the  Cold Case Possee's is a 5 year Investigation provided for and demanded by the General Public and amounts to what may be considered HIGH CRIMES , DECEPTION, and TREASON upon the American Public in the Highest Offices, Court's, and Investigative Agencies.

With a new Administration coming on, including a new A.G. , those corrupted officials in Congress and the Court's may find themselves increasingly Accountable to Cover Up and Misprision of Felony. 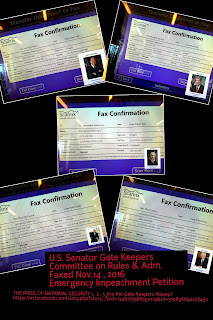 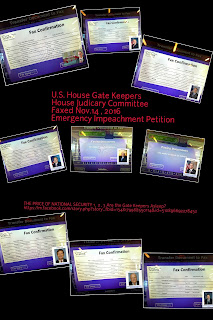 A recent article at The Post & Email revealed a stealth Australian USA deal Obama is conducting with Refugees rejected by Australia who are from Islamic Countries. The operation certainly deserves attention and is just one more day Obama seems complacent with streaming Refugees who may be unvetted that will cause added grief for the next Administration and could well be a crime of victimizing Americans to a pre-meditated slaughter like San Bernardino CA. or Orlando Florida's nightclub shooting.
http://www.thepostemail.com/2016/11/24/obama-negotiates-stealth-deal-with-australia-to-take-rejected-refugees-from-islamic-countries/

The legal hurdles may serve as a short-cut for the New Administration for instance in replacing or repealing Obamacare. For example, a Constitutionally Qualified President's Signiture is required by The Supreme Law of the Land - United States Constitution to ratify ACTS of Congress into Law. This is one of the Checks & Balances of the Executive Branch upon the Legislative Branch. Failure in requiring EXACT and NARROWLY defined Constitutional Qualification's for The Office of President is a failure then of The Legislature and Judicial Branch's co-equal Checks & Balances on the Executive Branch.

The Failure of men and women in Offices bound by their Oaths to the Constitution is a failure then , perhaps even a Treason upon The American People. The Facts& Evidence suggest the entire U.S. Supreme Court Panel of Justices could be IMPEACHED for Bad Behavior with the Cover Up.