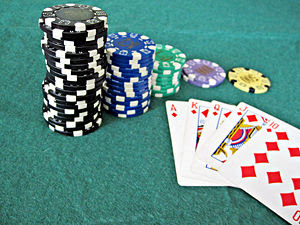 Has the worst case scenario played its hand in that the GOP bet "All In", so hard against the Constitution its demands on eligibility for Obama by not speaking up for the "key" of The United States Constitution's that they, actually including all of GOP Candidates left in the race Gov. Mitt Romney, Speaker- Newt Gingrich, Sen. Rick Santorum, and Rep. Ron Paul, hope that Obama's covers don't get pulled by Cody Robert Judy so they don't look like they couldn't preserve, protect, and defend the Constitution if they were to win the Presidency?

As the scenario plays out Cody Robert Judy's representative Mrs. Orly Taitz may have found Obama's last move at writing the Judge in Georgia and the Sec. Of State and including his long form fabrication to be exactly what we had hoped for in proving just that.

As a slam to the GOP and their candidates for the 'cover up' they have so visibly assaulted the American People's trust with, WND editor Joseph Farah of WND announced on national TV right after Gov. Mitt Romney's win in Florida that a 'perfect' VP candidate for whoever won the GOP would be Sen. Marco Rubio who himself is not eligible for the office of the President

Farah on Fox TV: Rubio not a natural-born citizen-
'We've been through this with Obama now for 4 years'
http://www.wnd.com/2012/01/farah-on-fox-tv-rubio-not-natural-born-citizen/

If we as Citizens are looking intently for a qualified candidate who shows us the integrity of upholding the Constitution, it does seem very clear that when it comes to the "Key" of our Constitution in the demands of qualification of President, that upholds our National Security and strong ties to the Economy, that the GOP Candidates are absolutely willing to allow illegal actions of fraud and forgery happen in their site in order to gain the power they seek.

That is tantamount to being part of the fraud and forgery in malevolence towards our Country and against the Citizenry of the United States.

One candidate for President in Utah has proven himself a champion for our Constitution without the funding of a sugar daddy, as was seen by the failed presidential bid of Utah Gov. Huntsman’s latest release showing 70% of the Destiny Super Pac, or 1.9 of 2.7 million dollars, was contributed by billionaire Jon Huntsman Sr, and that candidate is Cody Robert Judy.


Mr. Cody Robert Judy is actually doing what we would hope a President would do in taking an oath of preserving, protecting, and defending the Constitution.

How far have these elected candidates of the GOP drifted in order to set themselves up for a win rather than show their actions as deserving the Office of President?